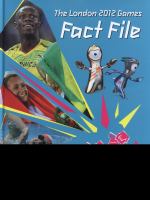 On Friday 27th of July is the opening ceremony for the 30th Olympic Games held in London, England. The opening ceremony is usually a spectacular show with all the competing athletes marching into the main stadium and the Olympic flame being lit by the Olympic torch. It’ll be worth getting out of bed to watch!

Te Ara, the Encyclopedia of New Zealand, has launched a really great site full of information about the Olympics, Empire and Commonwealth games and New Zealand’s involvement. It has information on our medal winners and the sports that we are really good at. Best of all, it has loads of videos and pictures so you can see what they are talking about. Take a look!