Have you ever wondered why we have the Olympic Flame – what does it mean and how did it come about?

In Ancient Greece, the sun’s rays were used to create a sacred flame at the temple of the goddess Hera at Olympia. The Greeks believed that this altar in Olympia was the birthplace of fire. The flame symbolised purity and the struggle for perfection and victory and it burned throughout the ancient games.

The flame was re-introduced for the Modern Olympics in 1928 for the Games in Amsterdam and it has continued to be a special part of the ceremony ever since.

Several weeks before the Games begin they hold a special ceremony at Olympia.  Women dressed as priestesses in classical Greek robes,  used a concave, or curved mirror to concentrate the sun’s rays to make fire. When the flame starts the president for the Greek Olympic Committee lights the Olympic torch which then begins a long journey known as a torch relay arriving at its host city in time for the opening ceremony.

Today the flame represents peace and friendship throughout the world and the flame burns brightly above the main stadium throughout the games until it is extinguished at the closing ceremony. 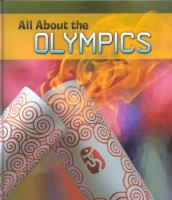