Histories of the Pacific Ocean, missionaries and the fight for land but the taonga amongst this selection is a beautifully illustrated text (Te Reo Māori) by Keri Kaa, pictures by Martin D. Page.

Keeping languages alive : documentation, pedagogy and revitalization / edited by Mari C. Jones and Sarah Ogilvie.
“Many of the world’s languages have diminishing numbers of speakers and are in danger of falling silent. Around the globe, a large body of linguists are collaborating with members of indigenous communities to keep these languages alive. Mindful that their work will be used by future speech communities to learn, teach and revitalise their languages, scholars face new challenges in the way they gather materials and in the way they present their findings. This volume discusses current efforts to record, collect and archive endangered languages in traditional and new media that will support future language learners and speakers. ” (Provided by publisher)

Pacific histories : ocean, land, people / edited by David Armitage and Alison Bashford.
“The first comprehensive account to place the Pacific Islands, the Pacific Rim and the Pacific Ocean into the perspective of world history. A distinguished international team of historians provides a multidimensional account of the Pacific, its inhabitants and the lands within and around it over 50,000 years, with special attention to the peoples of Oceania. It providing chronological coverage along with analyses of themes such as the environment, migration and the economy; religion, law and science; race, gender and politics.” (Cover) 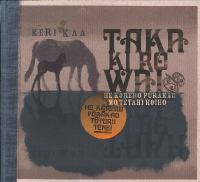 Taka ki rō wai : he kōrero pūrākau mō tētāhi hoiho / ko Keri Kaa, te kaituhi ; ko Martin D. Page, te kaitā pikitia, kaitātai pukapuka.
“A true story about the birth of a foal, set in the small rural community of Rangitukia, on the East Cape of the East Coast, in the North Island of Aotearoa/New Zealand. Reflecting rural Māori life, the story is an observation of the cooperation between animals, and contemplates the magical and the miracle in nature.” (Publisher’s information)

Between the kindling and the blaze : reflections on the concept of mana / Ben Brown.
[This] “is a bold exploration of the concept of mana.  In resonant poetry and short prose poetry, the author does not seek to define mana but rather reflect on its myriad nuances.  “The colour of mana is red they say, from warm sunset tones to bold vigorous and bloody shades of power and authority, the kaka feather, the dog-skin cloak,  the ochre of the earth.  But where is the white of  purity, the certainty of black, the humility of grey?  Colour then, will not suffice in the exploration of mana.  How can a humble man be proud?  Why is the mountain more than a mountain?  How does a river flow in my veins and where is the strenght in silence?  This book is not silent.  It cannot be…” (Back cover)

Te paruhi a ngā tākuta / Nigel Beckford and Mike Fitzsimons, interviews, writing, publishing.
“Tells the story of 27 Māori doctors and students. Some just starting their careers, others reflecting on decades of service, sacrifice and experience. Collectively, these stories span the history of Te Ohu Rata O Aotearoa – Māori Medical Practitioners Association (Te ORA) from trailblazing early Māori GPs to the latest generation of Māori health professionals and learners… Many of the people in this book have challenged New Zealand’s health system and influenced the provision of health services to Māori whānau and communities for the better.” (Back cover)

A desperate dawn : the battle for Turuturu Mokai 1868 / Nigel Ogle and Ron Crosby ; illustrations and photography, Nigel Ogle.
“In July 1868 South Taranaki chief Titokowaru indicated his toughening attitude toward European settlement in his territory by attacking the small military redoubt at Turuturu Mokai. That battle led to a campaign where Maori and Pakeha fought some of the most desperate and violent battles of the New Zealand wars. This book puts the battle into a social, political, technological and historical contecxt.” (Back cover)