Did you know Ian McEwan has written a novel on artificial intelligence, or AI? People have struggled with the concept of AI since the idea was first imagined at least 3000 years ago, and Machines Like Me and People Like You continues this tradition. McEwan examines the fuzzy logic and morals of the human form, and the best intentions that AI contains. But intelligence of its own kind will develop in its own way–human or machine.

Our collection offers some other great creations focussed on artificial intelligence and how humans rationalise and interact with them. These can be found in science fiction and general fiction in a range of formats. Enjoy!

Machines like me and people like you / Ian McEwan
“Machines Like Me occurs in an alternative 1980s London. Britain has lost the Falklands war, Margaret Thatcher battles Tony Benn for power and Alan Turing achieves a breakthrough in artificial intelligence. In a world not quite like this one, two lovers will be tested beyond their understanding. This provocative and thrilling tale warns of the power to invent things beyond our control.” (Syndetics summary)

All systems red / Wells, Martha (print), (eBook)
The first of four award winning novellas. “On a distant planet, a team of scientists are conducting surface tests, shadowed by their Company-supplied ‘droid — a self-aware SecUnit that has hacked its own governor module, and refers to itself (though never out loud) as “Murderbot.” Scornful of humans, all it really wants is to be left alone long enough to figure out who it is. But when a neighboring mission goes dark, it’s up to the scientists and their Murderbot to get to the truth.” (Catalogue)

Plum rains / Romano-Lax, Andromeda
“2029: In Tokyo, Angelica Navarro, a Filipina nurse who has been in Japan for the last five years, works as caretaker for Sayoko Itou, a moody, secretive woman about to turn 100 years old. One day, Sayoko receives a present: a cutting-edge robot “friend” that will teach itself to anticipate Sayoko’s every need. Angelica wonders if she is about to be forced out of her much-needed job by an inanimate object–one with a preternatural ability to uncover the most deeply buried secrets of the humans around it…” (Catalogue)

The municipalists : a novel / Fried, Seth
“Henry Thompson has dedicated his life to improving America’s infrastructure as a proud employee of the United States Municipal Survey. So when the agency comes under attack, he dutifully accepts his unexpected mission to visit Metropolis looking for answers. But his plans to investigate quietly, quickly, and carefully are interrupted by his new partner: a day-drinking know-it-all named OWEN, who also turns out to be the projected embodiment of the agency’s supercomputer.” (Catalogue) 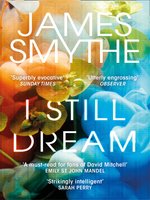 I Still Dream, James Smythe (ebook)
“Laura Bow invented Organon, a rudimentary artificial intelligence. Now she and her creation are at the forefront of the new wave of technology, and Laura must decide whether or not to reveal Organon’s full potential to the world. If it falls into the wrong hands, its power could be abused. Will Organon save humanity, or lead it to extinction?” (Overdrive description) 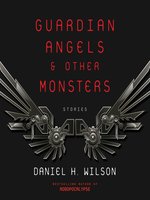 Guardian Angels and Other Monsters, Daniel H. Wilson (eAudiobook)
“In All Kinds of Proof, a down-and-out drunk makes the unlikeliest of friends when he is hired to train a mail-carrying robot; in Blood Memory, a mother confronts the dangerous reality that her daughter will never assimilate in this world after she was the first child born through a teleportation device; in Miss Gloria, a robot comes back to life in many different forms in a quest to save a young girl. Guardian Angels and Other Monsters examines how artificial intelligence both saves and destroys humanity.” (Overdrive description)

The soldier / Asher, Neal L. (print)
“A corner of space swarms with alien technology, a danger to all sentient life. It’s guarded by Orlandine, who must keep it contained – as it could destroy entire civilizations. An alien intelligence shares her vigil. But she doesn’t share everything with Dragon . . . Orlandine is hatching a plan to obliterate this technology, removing its threat forever.” (Catalogue)

The Crying Machine / Chivers, Greg (print), (eBook) or (eAudiobook)
“The world has changed, but Jerusalem endures. Overlooked by new superpowers, the Holy City of the future is a haven of spies and smugglers, exiles and extremists. A refugee with strange technological abilities searches for a place to disappear. An ambitious young criminal plots the heist. A corrupt minister harnesses the power of the past in a ruthless play for complete control. And the wheels of another plan begin to turn…” (Catalogue) 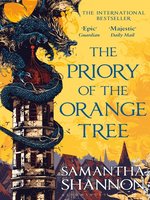 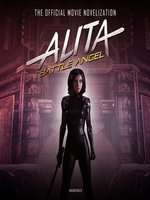