Just because April has finished and Shakespeare’s birth/death date on 23 April has passed does not mean that the fun is over at Wellington City Libraries.

We have more Pop-up Shakespeare sessions planned for the year, Shakespeare Globe Centre New Zealand will be organising for actors from various local theatre groups to come in to Central Library at 11am-12pm on one Saturday per month throughout the year. They will be performing scenes from selected plays, with four plays per event, in roughly chronological order.

Audience members will be encouraged to join in!

The scheduled dates and plays for Pop-up Shakespeare;

There are also a few talks coming up throught the year on various aspects of Shakespeare and theatre, more dates to follow.

To find out when other Shakespeare events at Wellington City Libraries are coming up, go to Shakespeare lives at the library Well it’s Shakespeare’s big day on Saturday 23 April and here at Central Library we have gone in to full Shakespeare mode. There is no less than three displays, and of course a number of books, DVDs and eLibrary audiobooks and eBooks you can borrow.

There’s also Shakespeare school holiday events throughout the next week, and Pop-up Shakespeare on Saturday, with actors roaming around the library acting out scenes from some of the plays, and there is still one more Shakespeare themed film night left this month. There are more events yet to come so keep a watch on this space www.wcl.govt.nz/shakespearelives.

Meanwhile check out the following displays at Central Library; And here is a selection of all the books and DVDs you can borrow.

There’s lots of variety in this month’s new books – have a browse!

He whakamārama : a full self-help course in Māori / John Foster ; foreword by Sir Peter Tapsell.
He whakamārama is a full course in everyday Māori language aimed at students of all ages and backgrounds. It contains straightforward explanations, a logical sequence to allow rapid progress, and revision exercises to reinforce understanding.
A new edition of an old favourite self-help course.

The Raupō concise Māori dictionary / A.W. Reed ; revised by Tīmoti Kāretu & Ross Calman.
“First published in 1948, the dictionary has been revised and updated numerous times since, giving testimony to its ongoing reliability as a reference guide to everyday Māori words. It also includes a guide to the pronunciation of Māori and lists of useful vocabulary”.–back cover.

Playlunch : five short New Zealand plays / edited by Christine Prentice and Lisa Warrington.
“The plays in this collection were written for lunchtime theatre. They require little equipment or props. The writers are John Broughton, Michelanne Forster, Simon O’Connor, Renee and Fiona Farrell. The plays were all originally commissioned for the Allen Hall Lunchtime series at Otago University, a series which allows experimentation with short plays.” (Syndetics summary)

The gift of children : Māori and infertility / edited by Paul Reynolds and Cherryl Smith.
Explores fertility and infertility from a Maori perspective and it confirms the importance of whakapapa in an era of assisted reproductive technologies. 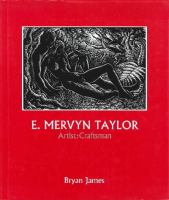 E. Mervyn Taylor : artist ; craftsman / Bryan James.
“Mervyn Taylor (1906-64) is the greatest exponent of the art of wood engraving New Zealand has known. His images have enduring power and a beauty which has been matched by no other artist. This is the story of his life and work”–back cover. “Taylor was of a generation that understood the need to cast off colonialsim and discover from within New Zealand a way to see the world and interpret its character from a South Pacific perspective”–p. 10. 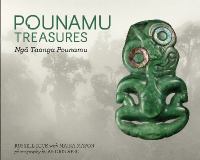 Pounamu treasures = Ngā taonga pounamu / Russell Beck with Maika Mason ; photography by Andris Apse.
“A collection of object photographs that honours the stone in its many forms. Detailed descriptions of both historical and contemporary objects, including information on varieties and source, Māori names, size and age, usage and history”–Publisher information. 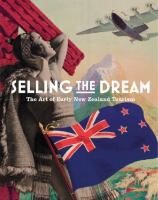 Selling the dream : the art of early New Zealand tourism / Peter Alsop, Gary Stewart and Dave Bamford ; foreword by Fran Walsh.
Celebrates the remarkable range of tourism posters and other publicity that helped promote New Zealand – both locally and to the world – until the 1960s, before television and colour photography changed the publicity landscape forever. This imagery is some of the finest graphic art ever produced in New Zealand, and as arresting and impressive today as when it was first created.
Includes: p. 202. Unique Maoriland.