This month’s titles from Overdrive are set across the globe, from the sand hills of Nebraska to a Swedish caravan park. And we haven’t forgotten the Pacific: Breaking Connections by Albert Wendt takes place in both New Zealand and Hawaii. So have your map, compass and e-reader at the ready, and enjoy! 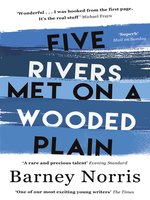 Five Rivers Met on a Wooded Plain, by Barney Norris
“One quiet evening in Salisbury, the peace is shattered by a serious car crash. At that moment, five lives collide – a flower seller, a schoolboy, an army wife, a security guard and a widower. As one of those lives hangs in the balance, the stories of all five unwind, drawn together by connection and coincidence into a web of love, grief, disenchantment and hope that perfectly represents the joys and tragedies of small town life.” (Adapted from Overdrive description) 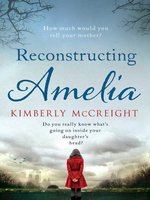 Reconstructing Amelia, by Kimberly McCreight
“Single mother Kate is in the meeting of her career when she is interrupted by a call to say her teenaged daughter Amelia has been suspended from school. Torn between her head and her heart, Kate eventually arrives at St Grace’s, only to find her daughter has jumped off the roof of the school, apparently in shame. A grieving Kate can’t accept that her daughter would kill herself: Amelia would never leave her alone like this. So begins an investigation into Amelia’s troubled world.” (Adapted from Overdrive description) 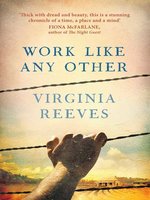 Work Like Any Other, by Virginia Reeves
“Roscoe T. Martin sets his sights on a new type of power spreading at the start of the 20th century: electricity. But when his wife inherits her father’s farm, Roscoe has to give it up, with great cost to his pride, marriage and family. Realising he might lose it all, he decides to siphon energy from the state, ushering in a period of bounty and happiness. Then a young man is electrocuted on their land. Roscoe is arrested for manslaughter and must now carve out a place in a violent new world.” (Adapted from Overdrive description) 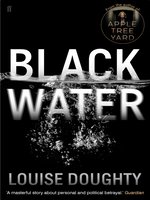 Black Water, by Louise Doughty
“Harper wakes every night, terrified of the sounds outside his hut in Bali. He is afraid that his past as a mercenary has caught up with him. Then he meets Rita, a woman with her own tragedies, and begins a passionate affair. Their relationship makes Harper realise that exile comes in many forms – but can Rita and Harper save each other while also putting themselves at risk? Black Water turns around the 1965 Indonesian massacres, one of the great untold tragedies of the 20th century.” (Adapted from Overdrive description) 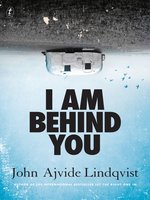 I Am Behind You, by John Ajvide Lindqvist
“Four families wake up one morning in their caravans on an ordinary campsite in southern Sweden. However, during the night something strange has happened: everything else has disappeared. The sky is blue, but there is no sign of the sun; there are no trees, no flowers, no birds. As the holiday-makers try to come to terms with what has happened, they are forced to confront their deepest fears. Can any of them find a way back to reality?” (Adapted from Overdrive description) 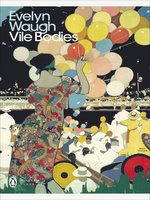 Vile Bodies, by Evelyn Waugh
“The Bright Young Things of 1920s Mayfair, including struggling writer Adam Fenwick-Symes and the aristocratic Nina Blount exercise their inventive minds and vile bodies in every kind of capricious escapade, whether it is promiscuity, dancing or sports cars. But in the distance, war looms again… Evelyn Waugh’s 1930 satire shows a new generation emerging in the years after the First World War, revealing the darkness and vulnerability beneath the glittering surface of the high life.” (Adapted from Overdrive description) 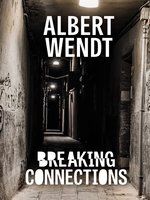 Breaking Connections, by Albert Wendt
“A dynamic group has emerged in Auckland whose members refer to themselves as the Tribe. Mainly Polynesian, they grow up together and become successful professionals, bound by the self-destructive Aaron. But when Daniel receives a call in Hawaii telling him Aaron has been killed, he must return to New Zealand and step into the most dangerous crisis he has ever faced. What has the Tribe become?” (Adapted from Overdrive description) 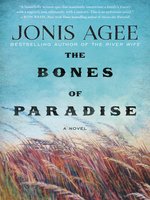 The Bones of Paradise, by Jonis Agee
“Ten years after the Seventh Cavalry massacred more than two hundred Lakota men, women and children at Wounded Knee, J.B. Bennett, a white rancher, and Star, a young Native American woman, are murdered on J.B.’s land. The deaths bring together the Bennett family: J.B.’s cunning father, Drum; his estranged wife, Dulcinea; and his teenage sons. As the mystery of these twin deaths unfolds, the secrets of the dysfunctional Bennetts are revealed, exposing the conflicted heart of a nation.” (Adapted from Overdrive description)