Continuing on from Comicfest 2019, that happened on May 4th, and the box-office smash hit Avengers: Endgame, we’ve updated our Overdrive collection with new comics and classic comics from the House of Ideas, Marvel Comics! From the tales that inspired the films of the Marvel Cinematic Universe to new hits that have been the critical darlings of the comic world, there’s enough to satisfy any True Believer! 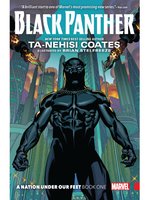 Black Panther (2016), Volume 1, Ta-Nehisi Coates (ebook)
“A new era begins for the Black Panther! MacArthur Genius and National Book Award-winning writer Ta-Nehisi Coates (Between the World and Me) takes the helm, confronting T’Challa with a dramatic upheaval in Wakanda that will make leading the African nation tougher than ever before. When a superhuman terrorist group calling itself The People sparks a violent uprising, the land famed for its incredible technology and proud warrior traditions will be thrown into turmoil.” (adapted from Overdrive description) 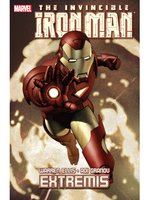 Iron Man: Extremis, Warren Ellis (ebook)
“A landscape of terrifying new technologies threatens to overwhelm fragile mankind! What is Extremis, who has unleashed it, and what does its emergence portend for the world?” (Overdrive description) 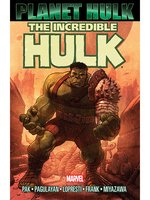 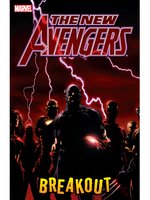 New Avengers (2004), Volume 1, Brian Michael Bendis (ebook)
“In the wake of the systematic destruction of the original Avengers, just what sort of threat to the world could persuade Captain America to assemble an all-new team? How does Cap, Iron Man, Spider-Man and Wolverine sound? Fate has brought them together, and now Captain America wants to make it permanent! Who will take his hand and join the new Avengers? And will they be strong enough to fight the mysterious forces at play around them?” (adapted from Overdrive description) 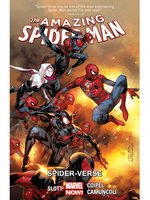 The Amazing Spider-Man (2014), Volume 3, Dan Slott (ebook)
“When the evil Inheritors begin exterminating spider-characters throughout the multiverse, every single Spider-Man ever is needed to save the day! A spider-army gathers to fight Morlun and his deadly family, and the Superior Spider-Man intends to lead it! Our universe’s amazing Spider-Man has an issue with that, but the army doesn’t have time for this in-fighting! When the Prophecy comes to fruition, every spider must fight — and no spider is safe!” (adapted from Overdrive description) 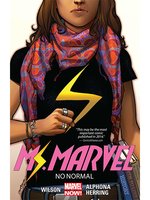 Ms. Marvel (2014), Volume 1, G. Willow Wilson (ebook)
“Kamala Khan is an ordinary girl from Jersey City – until she is suddenly empowered with extraordinary gifts. But who truly is the all-new Ms. Marvel? Teenager? Muslim? Inhuman? Find out as she takes the Marvel Universe by storm! As Kamala discovers the dangers of her newfound powers, she unlocks a secret behind them as well. Is Kamala ready to wield these immense new gifts? Or will the weight of the legacy before her be too much to handle? Kamala has no idea either.” (adapted from Overdrive description) 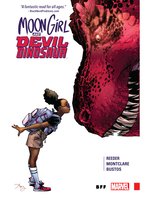 Moon Girl and Devil Dinosaur (2015), Volume 1, Amy M. Reeder (ebook)
“Lunella Lafayette is a preteen genius who wants to change the world, but lives in fear of the Inhuman genes inside her! Now, Lunella’s life is turned upside down when a red-scaled beast is teleported from the prehistoric past to a far-flung future we call…today! Together they’re the most Marvelous Team-Up of all — Moon Girl and Devil Dinosaur! But will they be BFFs forever, or just until DD’s dinner time?” (adapted from Overdrive description)