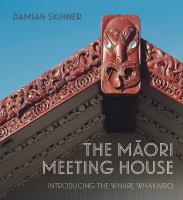 The Māori meeting house : introducing the whare whakairo / Damian Skinner.
“This all-new guide to the whare whakairo, or decorated Maori meeting house, covers every aspect of these treasures–their history and evolution, structure and art forms, and symbolism and cultural significance. With more than a hundred intriguing historical and contemporary photographs, and containing dozens of diagrams and a helpful glossary, the book clearly illustrates the parts, and the arts, of the whare whakairo with reference to numerous meeting houses from all over Aotearoa New Zealand and the world… The Maori Meeting House makes an important contribution to contemporary discussions about indigenous art history and taonga Maori.” (Adapted from Syndetics summary) 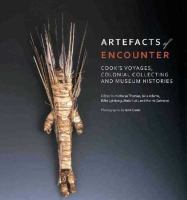 Artefacts of encounter : Cook’s voyages, colonial collecting and museum histories / edited by Nicholas Thomas, Julie Adams, Billie Lythberg, Maia Nuku & Amiria Salmond ; photography by Gwil Owen.
“The Pacific artefacts and works of art collected during the three voyages of Captain James Cook and the navigators, traders and missionaries who followed him are of foundational importance for the study of art and culture in Oceania… The Cook voyage collection at the MAA is among the four or five most important in the world, containing over 200 of the 2000-odd objects with Cook voyage provenance that are dispersed throughout the world. This stunning book catalogues this collection, and its cutting-edge scholarship sheds new light on the significance of many artefacts of encounter.” (Adapted from Syndetics summary)

Indigenous notions of ownership and libraries, archives and museums / edited by Camille Callison, Loriene Roy and Gretchen Alice LeCheminant.
“Forms of indigenous knowledges and cultural expressions are found in libraries, archives or museums. Often the “legal” copyright is not held by the indigenous people’s groups, who believe that the true expression of their culture can only be sustained and remain dynamic in its proper cultural context. The aim is to respect these ways of knowing while appreciating the cultural memory institutions’ attempts to transmit them to the next generation.” (Syndetics summary)

Tupuna awa : people and politics of the Waikato River / Marama Muru-Lanning.
“‘We have always owned the water . . . we have never ceded our mana over the river to anyone’, King Tuheitia Paki asserted in 2012. Prime Minister John Key disagreed: ‘King Tuheitia’s claim that Maori have always owned New Zealand’s water is just plain wrong’. So who does own the water in New Zealand – if anyone – and why does it matter? By examining the debates over water in one New Zealand river, over a single recent period, Muru-Lanning provides a powerful lens through which to view modern iwi politics, debates over water ownership, and contests for power between Maori and the state.” (Adapted from Syndetics summary)

The Great War for New Zealand : Waikato 1800-2000 / Vincent O’Malley.
“A monumental new account of the defining conflict in New Zealand history. It was war in the Waikato in 1863-64 that shaped the nation in all kinds of ways: setting back Māori and Pākehā relations by several generations and allowing the government to begin to assert the kind of real control over the country that had eluded it since 1840. Spanning nearly two centuries from first contact through to settlement and apology, Vincent O’Malley focuses on the human impact of the war, its origins and aftermath. Based on many years of research and illustrated throughout, The Great War for New Zealand is a groundbreaking book written in the conviction that a nation needs to own its history.” (Publisher information)

Journey to a hanging / Peter Wells.
“Part history, part biography, part social commentary, this fascinating book is about infamous events that shook New Zealand to its core. In 1865, Rev Carl Sylvius Volkner was hanged, his head cut off, his eyes eaten and his blood drunk from his church chalice. One name – Kereopa Te Rau (Kaiwhatu: The Eye-eater) – became synonymous with the murder. In 1871 he was captured, tried and sentenced to death. But then something remarkable happened. Sister Aubert and William Colenso – two of the greatest minds in colonial New Zealand – came to his defence. Regardless, Kereopa Te Rau was hanged in Napier Prison. But even a century and a half later, the events have not been laid to rest. Peter Wells travels back into an antipodean heart of darkness and illuminates how we try to make sense of the past, how we heal, remember – and forget.” (Syndetics summary)

The land is our history : indigeneity, law, and the settler state / Miranda Johnson.
“The Land Is Our History tells the story of indigenous legal activism at a critical political and cultural juncture in Australia, Canada, and New Zealand. In the late 1960s, indigenous activists protested assimilation policies and the usurpation of their lands as a new mining boom took off, radically threatening their collective identities. Often excluded from legal recourse in the past, indigenous leaders took their claims to court with remarkable results… Miranda Johnson examines how indigenous peoples advocated for themselves in courts and commissions of inquiry between the early 1970s to the mid-1990s, chronicling an extraordinary and overlooked history in which virtually disenfranchised peoples forced powerful settler democracies to reckon with their demands. … Fracturing national myths and making new stories of origin necessary, indigenous peoples’ claims challenged settler societies to rethink their sense of belonging.” (Syndetics summary)
Chap. 5. Making a “Partnerhsip between races” : Māori activism and the Treaty of Waitangi.
Chap. 6. The Pacific way. (Aspects of the Whanganui river claim)

Toiapiapi : He huinga o ngā kura pūoro a te Māori = a collection of Māori musical treasures / Hirini Melbourne ; with an introduction by Richard Nunns.
“This 25th anniversary edition contains notes on traditional Maori instruments and lyrics. In Maori and English. Accompanied with a CD and includes an introduction from Richard Nunns. Originally published in 1991”–Publisher information.

New Zealand’s rivers : an environmental history / Catherine Knight.
“‘New Zealand s Rivers: An environmental history’ explores the relationship between New Zealanders and their rivers, explaining how they have arrived at a crisis point, where fresh water has become their most contested resource and many rivers are too polluted to swim in. Environmental historian Catherine Knight reveals that the tension between exploitation and enjoyment of rivers is not new. Rivers were treasured by Maori as food baskets and revered as the dwelling places of supernatural creatures. But following European settlement, they became drains for mining, industrial waste and sewage, and were harnessed to generate power and to irrigate farmland. Over time, the utilitarian view of rivers has been increasingly questioned by those who value rivers for recreation as well as for ecological, spiritual and cultural reasons. Today, the sustainable use of rivers is the subject of intense debate. Thoroughly researched and richly illustrated, ‘New Zealand s Rivers’ is an accessible and compelling read for all New Zealanders, including anglers, kayakers, farmers, environmental practitioners, policy-makers, students and anyone with an interest in our environment and history.” (Syndetics summary)
Chap. 2. Māori and awa.
Chap. 11. Asserting mana over rivers.

Cultural safety in Aotearoa New Zealand / edited by Dianne Wepa.
“In this second edition of Cultural Safety in Aotearoa New Zealand, editor Dianne Wepa presents a range of theoretical and practice-based perspectives adopted by experienced educators who are active in cultural safety education. Thoroughly revised to incorporate the latest methods and research, this edition reflects updates in government policies and nursing practices, and features new chapters on ethical considerations when working cross-culturally, as well as the legislative requirements of the Nursing Council of New Zealand. Each chapter includes key terms and concepts, practice examples providing content from healthcare workers’ everyday experiences, reflective questions to encourage the assimilation of ideas into practice, and references to allow further exploration of the issues discussed. Cultural Safety in Aotearoa New Zealand will equip students, tutors, managers, policy analysts and others involved in the delivery of healthcare with the tools to acknowledge the importance of cultural difference in achieving health and well-being in diverse communities.” (Syndetics summary)
p. 5 Towards cultural safety by Irihapeti Ramsden.
p. 65 Culture and ethnicity : what is the question? by Dianne Wepa.
p. 79 Te Tiriti o Waitangi/Treaty of Waitangi 1840 : its influence on health practice by Denise Wilson and Riripeti Haretuku.
p. 177 Midwifery practice by Katarina Jean Te Huia (including: traditional Māori birthing ; colonisation of Māori birth practices ; the situation today)
p. 235 Māori health : Māori- and whānau-centred practice by Denise Wilson and Huhana Hickey.
p. 252 Nursing and working with disability by Huhana Hickey (includes Māori/indigenous disability identity).

New Zealand journal of history ; vol. 50, no. 2 (October, 2016)
p. 44. The New Zealand Government’s niupepa and their demise by Lachy Paterson.
p. 68. The politics of history and Waikato-Tainui’s raupatu treaty settlement by Martin Fisher.

Journal of New Zealand literature ; no. 34.1 (2016)
p. 143. Bones rolling under a river : poetry, history and politics in Bill Sewell’s The ballad of fifty-one and Robert Sullivan’s Cassino : city of martyrs/Citta Matire by Airini Beautrais.
p. 207. The Urewera notebook by Katherine Mansfield ; edited by Anna Plumridge / reviewed by Janet Wilson. 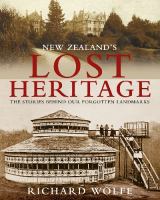 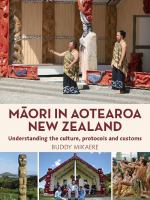