On December 1st 1969 New Zealand signed the Antarctic Treaty with the primary aim that Antarctica is to be used exclusively for science and other peaceful purposes. The NZ Antarctic Society is marking the 50th anniversary with the launch of a new map of Antarctica at the National Library of New Zealand on the 21st of November and an exhibition of previous maps. If you are visiting the “Mapping Antarctica – the frozen continent revealed” three week mini-exhibition at the National Library here at He Matapihi Molesworth Library, our Wellington City Libraries branch inside the National Library, we are pleased to put on display these titles and others featuring Antarctica and the New Zealanders associated with this region from our He Matapihi collection.

A wise adventure. II, New Zealand and Antarctica after 1960 / Templeton, Malcolm
Since the adoption of the Antarctic Treaty in 1959, Antarctica has been governed through a unique system of international collaboration.  This book is an important chronicle of New Zealand’s engagement in Antarctica and a detailed and fascinating window on the complex negotiations arounf governance in this remarkable part of the planet. (Back cover abridged)

We can’t talk about Antarctica without mentioning the Erebus disaster.  New Zealanders have a long relationship and fascination with Antarctica.  Air New Zealand started running sightseeing flights to Antarctica in February 1977 and between 1977 and 1979 they had carried approximately 10,000 passengers to Antarctica. This month we especially remember as we approach the 40th anniversary of the tragic scenic flight that crashed into Mount Erebus becoming our worst air disaster. November 28th 1979 was a dark day in New Zealand’s history and part of the national psyche for most New Zealanders. At the time there were only one or two degrees of separation with so many either knowing a victim of the Erebus disaster or knowing people that knew them. This year there is a new publication Toward the mountain: a story of grief and hope forty years on from Erebus written by one of the affected families.

Towards the mountain: a story of grief and hope forty years on from Erebus / Myles, Sarah
“Marking the 40th anniversary of the Erebus disaster, this is the first book on that tragedy written by one of the affected families.” (Catalogue)

Daughters of Erebus / Holmes, Paul
“The technical side of what happened on Mt Erebus on that fateful November day back in 1979 has been brilliantly explained by Justice Mahon, the Royal Commissioner appointed to investigate the crash of the Air New Zealand DC 10. Daughters of Erebus is the story of five people who were left behind and how the whole tragedy affected their lives.  This is a New Zealand story told by one of the great New Zealand storytellers. It literally drips with pathos and is a must-read story.” (Catalogue)

Our fascination  with Antarctica

Our library collection reflects our fascination with Antarctica.  For further points of interest, we feature heroic exploits of New Zealand explorers, photographic studies of nature and the relics of early exploration, scientific expeditions, works of fiction and children’s non-fiction all, of course, featuring Antarctica.

Sir Edmund Hillary : an extraordinary life / Johnston, Alexa
“Around the world Sir Edmund Hillary is a legendary figure – climber, bold adventurer, practical philanthropist and one of the most widely respected persons of our time. He has survived extremes of human experience – from historic triumphs to crushing personal loss ? but he sees himself as an ordinary man, persistent rather than heroic. This lavishly illustrated book focuses on the highlights of his life, including: Conquering Everest; Journeying to the South Pole by tractor; Himalayan adventures; Philanthropist to the Sherpa people. This beautiful book is profusely illustrated, using fascinating material, such as letters, cards, diary pages, and ephemera, from his personal archive. It is a magnificent tribute to one of the greatest climbers and explorers of all time.” (Catalogue)

Frank Worsley: Shackleton’s fearless captain / Thomson, John
“This book is a biography of Frank Worsley, without doubt one of New Zealand’s greatest, but largely unsung adventuring heroes. Born in Akaroa he went to sea as a teenager in 1888 on the sailing ships plying their trade between New Zealand and England. But the greatest adventure of his life began when he became the captain of Sir Ernest Shackleton’s ship Endurance, which was trapped in pack ice on the 1914-1916 Antarctic expedition and slowly crushed. The crew of 28 spent over a year camped on the Antarctic ice before Shackleton, Worsley and four others sailed a tiny lifeboat across the wild Southern Ocean to South Georgia to summon help for the rest of the men, who were all eventually rescued.” (Catalogue)

With Hillary at Scott Base: a Kiwi among the penguins / Gerard, V. B. This account of the early days at the New Zealand Antarctic Base, known as Scott Base, was first written over half a century ago from the author’s diary and memory. The book is about the establishment of the base. (Back Cover abridged) 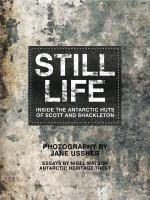 Still life : inside the Antarctic huts of Scott and Shackleton / Ussher, Jane
“A magnificent, hauntingly beautiful photographic study of the Antarctic huts that served as expedition bases for explorations led by Captain Robert Falcon Scott and Sir Ernest Shackleton the turn of the 20th century Antarctic explorers set off from their huts in search of adventure, science, and glory, while the huts were left as time capsules of Edwardian life. The executive director of the Trust provides a fascinating introduction to the history and atmosphere of each hut and detailed photographic captions. Diary excerpts from the explorers bring their time in the huts to life.” (Catalogue) 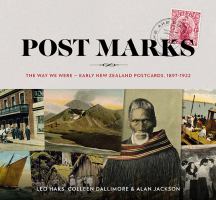 Post marks : the way we were : early New Zealand postcards, 1897-1922 / Haks, Leo
“The way we were between 1897-1922 is revealed in more than 500 postcards that highlight New Zealand’s pioneer beginnings and the development of a unique cultural identity.” (Catalogue) 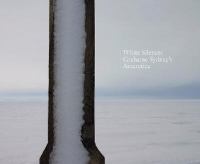 White silence : Grahame Sydney’s Antarctica. / Sydney, Grahame
“This outstanding collection of photographs from one of New Zealand’s most pre-eminent artists, Grahame Sydney, pays homage to the Antarctic landscape. At the invitation of Antarctica New Zealand, Sydney travelled to Antarctica in November-December 2003, and again in October 2006. His photographs reveal an extraordinary terrain that is solemn, sparse and poised with a magnificent stillness. Exploring a continent that appears at first glance to be devoid of colour, warmth or comfort, each image celebrates the rare flashes of astonishing beauty that can be found in the bleakest, most inhospitable region of Earth.” (Catalogue)

Fifteen million years in Antarctica / Priestley, Rebecca
“Rebecca Priestley longs to be in Antarctica. But it is also the last place on Earth she wants to go. In 2011 Priestley visited the wide white continent for the first time, on a trip that coincided with the centenary of Robert Falcon Scott’s fateful trek to the South Pole. For Priestley, 2011 was the fulfilment of a dream that took root in a childhood full of books, art and science and grew stronger during her time as a geology student in the 1980s. Priestley reflects on what Antarctica can tell us about Earth’s future and asks: do people even belong in this fragile, otherworldly place?” (Catalogue) 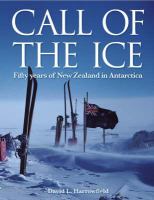 Call of the ice : fifty years of New Zealand in Antarctica / Harrowfield, David L.
“This book is a celebration not only of Antarctica, and more specifically the Ross Sea region, but also of the many men and women who have contributed to our understanding of this unique environment and its impact on our world.” (Catalogue)

Innocents in the Dry Valleys : an account of the Victoria University of Wellington Antarctic Expedition, 1958-59 / Bull, Colin
“In 1958-59 a physicist, a biologist and two undergraduate geology students from Victoria University of Wellington spent a summer examining the Dry Valleys of Victoria Land, Antarctica. This expedition, known as VUWAE 2, began what was to become an annual and very fruitful Antarctic research programme for the university over the next fifty years. With wry humour, Bull recounts the adventures of these four hardy and resourceful scientists, who seemed to thrive on the adverse conditions, lack of funding and battles with bureaucracy.” (Catalogue) 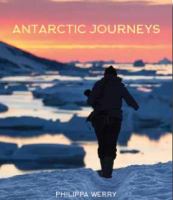 Antarctic journeys / Werry, Philippa
“Antarctica is a fascinating place: it has no native inhabitants, and it’s very remote, which means everyone who goes there today or in the past has a special reason for wanting to go. It’s a place that children can only imagine, because they can’t go there. This book is about the journeys (historic and contemporary, human and animal, large and small) that centre around Antarctica, using that theme to build up an overall picture of Antarctic history, geography, science and wildlife.” (Catalogue)