What will you be doing this time next year? With the strange and fluctuating state of the world at the moment it’s impossible to say for sure–but hopefully you’ll be joining us at CoNZealand! CoNZealand is the 78th World Science Fiction Convention, being held in Wellington from 29 July to 2 August 2020. That’s right, there’s only one year to go!

But what exactly happens at a World Science Fiction Convention, or WorldCon? Basically–a lot! There are writers’ workshops, specialist talks, gaming, cosplay, art exhibitions, charity auctions, parties, dances, masquerades, film festivals, autograph sessions, awards and more, all put together by fans. Each convention also has its own unique events: WorldCon 75 in Finland included a beer tram through Helsinki and a tour of the Olkiluoto Nuclear Power Plant!

With 2020 rapidly approaching, the team at CoNZealand are putting together a convention of their own. They’ve already assembled a fantastic line-up of special guests, including Mercedes Lackey, Larry Dixon and toastmaster George R.R. Martin. We recently spoke to CoNZealand’s library liaison Jenny about how things have been going so far, and what’s coming up. Check out her answers below! (And remember, if you’d like to be part of CoNZealand, you can volunteer here.)

For those just discovering CoNZealand, could you please give an introduction to what it is?

CoNZealand is the 78th World Science Fiction Convention (WorldCon), the world’s premier non-profit science fiction and fantasy convention. It has been running since 1939 (with a hiatus during World War Two), attracting thousands of writers, professional creatives and fans every year to talk about, celebrate and live science fiction and fantasy for five days. WorldCon is quite different from other events that may be more familiar, such as Armageddon Expo or ComicCon in the U.S. At CoNZealand you won’t buy a ticket, you buy a membership, because you’re not going to watch an event, you’re going to participate in panel sessions, workshops, Q & A sessions, music, gaming, costuming, as well as having the opportunity to mingle with celebrated authors and other fans. One of the most impressive things about CoNZealand is the fact it’s run entirely by fans. Could you describe how this works?

As is often said, all the WorldCons are run by fans, for fans. Everyone taking part in running ConZealand is a volunteer, no one is paid, and any profit goes to charity. As soon as I knew about the ConZealand bid to run the 2020 WorldCon I volunteered to help. I highlighted areas where I thought I could be useful and ended up in the Promotions Division. There are 15 Divisions, each organising different aspects of running CoNZealand, and the Executive Division which oversees the whole convention planning and running. Any member of CoNZealand can volunteer to help before and during the convention, in big or little ways. It’s a great way to meet people from all around the world.

What do you think will make CoNZealand unique from other WorldCons?

WorldCons are a melting pot of participants and cultural styles, and CoNZealand will add a significant Kiwi “flavour” to the cultural mix. We expect there will be a great deal of interest in The Lord of the Rings films and other works from Weta Workshop – especially as our Wellington-based Artist Guest of Honour, Greg Broadmore, is currently working with Weta Workshop to develop an augmented reality game based on Greg’s retro sci-fi world of Dr Grordbort. With the presence of George R.R. Martin as our Toastmaster, we anticipate a lot of Game of Thrones fans will turn up too. Hopefully the Kiwi style will add a laid back, friendly atmosphere to proceedings. What surprises and/or challenges have you encountered with CoNZealand preparations so far?

The challenges I’ve encountered are realising how much hard work is involved in running CoNZealand and fitting the work around a full-time job. It has also been a steep learning curve for me, I haven’t done project management or promotions work before so I’m learning as I go. I have also gained a lot from volunteering: I’ve learned a lot of new skills and I feel a great sense of achievement about what we are all creating.

What will the next few months of build-up have in store?

So much work to be done, so much work that all the volunteers are doing. The technology, financial, publications, events, and facilities management work is not my skill set so I’ve only seen a tiny fraction of the work they are doing. We are having staff meetings in July and October which will give me a better overview of all that is happening. On the promotions side I’m doing some blog posts (like this one), and I’m working on ways to effectively promote CoNZealand to libraries all around the country. We run stalls promoting CoNZealand at events all around the world: locally, we were at Wellington Armageddon and at Wellycon earlier this year, and you’ll have another opportunity to talk to us if you’re going to Auckland Armageddon in October.

What are you most excited about with CoNZealand?

I’ve only been to one WorldCon before, AussieCon 3 in 1999, and that was the most exciting, mind blowing experience. I’m not only going to another WorldCon, I’m helping to run it, and I feel like I’m part of creating something wonderful. I’m also excited about all the people I’ll meet who “get” science fiction and fantasy, and talking and hearing about aspects of the genre that I never knew existed. Each year the best of this local sci-fi and fantasy is recognised at the Sir Julius Vogel Awards, with awards for novels, short stories, fan productions and more. This year the Vogels were announced at GeyserCon, the 40th National Science Fiction and Fantasy Convention in Rotorua. Congratulations to all the winners!

And next year things get even bigger. In 2020 the Vogels will be held as part of CoNZealand, the 78th World Science Fiction Convention–happening right here in Wellington. Guests include Mercedes Lackey, Larry Dixon, Greg Broadmore and toastmaster George R.R. Martin!

To get you started, we’ve got a list of past Vogel winners and finalists currently available in our collection. And for everyone who went to GeyserCon, we hope you had a great time! 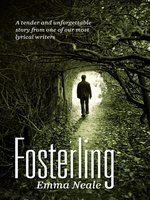 Fosterling, by Emma Neale (ebook)
“A young man is found unconscious in a remote forest. He is over seven feet tall, his skin covered in thick hair which reminds onlookers of an animal’s pelt. When he wakes in a city hospital, he is eerily uncommunicative. Speculation begins. Medics want to run tests on him, the media want to get his story, and the public want to gawp and prod. A moving, compelling story about society and our reactions to difference.” (Adapted from the Overdrive description)

Dreamer’s pool : a Blackthorn & Grim novel / Marillier, Juliet
“In exchange for help escaping her long and wrongful imprisonment, embittered magical healer Blackthorn has vowed to set aside her bid for vengeance against the man who destroyed all that she once held dear. Followed by a former prison mate, a silent hulk of a man named Grim, she travels north to Dalriada. There she’ll live on the fringe of a mysterious forest, duty bound for seven years to assist anyone who asks for her help…” (Adapted from the catalogue)

The traitor and the thief / Ward, Gareth
“Discovered picking pockets at Coxford’s Corn Market, fourteen year old Sin is hunted across the city. Caught by the enigmatic Eldritch Moons, Sin is offered a way out of his life of crime: join the Covert Operations Group (COG) and train to become a spy. At Lenheim Palace, Sin learns spy craft while trying not to break the school’s Cast-Iron Rules. Secrets, spies and steampunk gadgets abound in this fantastic adventure story!” (Adapted from the catalogue)

Into the mist / Murray, Lee
“When New Zealand Defense Force Sergeant Taine McKenna and his squad are tasked with escorting a bunch of civilian contractors into Te Urewera National Park, it seems a strange job for the army. Taine draws on ancient tribal wisdom as he becomes desperate to bring his charges out alive. Will it be enough to stop the nightmare? And when the mist clears, will anyone be left?” (Adapted from the catalogue)

Onyx javelin / Wheeler, Steve
“Move over Star Wars! This is a superb space opera… humans and hybrids and strange new creatures fighting for survival on Earth and across the galaxies. There is life everywhere throughout the Milky Way Galaxy. It takes forms that will astonish and frighten, that will challenge and terrify as they exist within the greater fight of existence: eat or be eaten. But who is the enemy really?” (Adapted from the catalogue)

Heartwood / Robertson, Freya
“Chonrad, Lord of Barle, comes to the fortified temple of Heartwood for Congressus peace talks, which Heartwood’s holy knights have called in an attempt to stave off war in Anguis. But the Arbor, Hearthwood’s holy tree, is failing, and because the land and its people are one, it is imperative the nations try to make peace.” (Adapted from the catalogue)

When we wake / Healey, Karen
“In 2027, sixteen-year-old Tegan is just like every other girl–playing the guitar, falling in love, and protesting the wrongs of the world with her friends. But then Tegan dies, waking up 100 years in the future as the unknowing first government guinea pig to be cryogenically frozen and successfully revived. Appalling secrets about her new world come to light, and Tegan must choose to either keep her head down or fight for a better future.” (Adapted from the catalogue) ComicFest is back for 2019! On Thursday, Friday and Saturday, 2 to 4 of May at the National Library there will be panels, talks and workshops all day long for comic-lovers of all ages. You can also pick up a free comic from us on May the 4th and celebrate Free Comic Book Day, courtesy of GRAPHIC! For full programme click here and follow the updates on our Facebook event.

ComicFest will also be one of the first chances to get a sneak peek at CoNZealand, the upcoming convention of the World Science Fiction Society, being held right here in Wellington next year! The annual event is one of the world’s most prestigious science fiction conventions and is also home to the legendary Hugo Awards. Run entirely by fans, CoNZealand will offer a unique mix of events, workshops, discussions and much more, making for a very exciting experience!

CoNZealand have already confirmed several guests of honour, including Mercedes Lackey, Larry Dixon and Greg Broadmore. And to top it all off, the Toastmaster will be none other than George R.R. Martin! To hear more about CoNZealand and how you can be a part of it, come chat with the team at their ComicFest stall on 4 May, or check them out at conzealand.nz.