With the one year anniversary of the devastating Christchurch earthquake recently remembered, our picks of the recent New Zealand books this month  include a number of new books on Christchurch –  including a beautiful artist’s tribute to the buildings of Christchurch,  stories of people trapped during the earthquake, and books that tell of  the ordeal of living in the city and dealing with the aftermath of the quake. (Also included, a few extra titles – including the revised and updated New Zealand Small Business Book.) 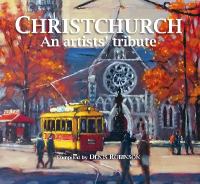 Christchurch : an artists’ tribute / compiled by Denis Robinson.
“Denis Robinson has compiled a moving tribute to Christchurch with a collection of paintings of the city as it was before the devastating earthquakes of 2010 and 2011. Many artists returned to old sketchbooks, to discover drawings still waiting to be painted, and these new artworks sit alongside paintings completed in earlier days and others sourced especially for inclusion in this book. With a foreword from Mayor Bob Parker, this is a book that will be treasured by Cantabrians and visitors to Christchurch alike.” (Adapted from Syndetics summary)

Shaken, not stirred : family survival in a quake zone / Amanda Cropp.
“Imagine sharing a portable toilet with your neighbours for months on end, showering in a shipping container in the fire station car park, or travelling for three hours a day on six different buses to get to and from school. Such was life in post-quake Christchurch for Amanda Cropp and her family. Quake damaged roads make travel a nightmare. Yet despite all this, life carries on. The quakes have reinforced the importance of family and friends, and a sense of humour is indispensable. This book will make you laugh and cry. It is funny, provocative and poignant, and shows that living in a disaster zone brings communities together, that people do indeed step up and look after one another. This is a story about the resilience of a community suddenly struggling with the simplest of daily chores in a time of crisis.” (Adapted from Syndetics summary)

Trapped : remarkable stories of survival from the 2011 Canterbury earthquake / Martin van Beynen ; foreword by Bob Parker.
“The Canterbury earthquake of February 2011 altered landscape, history, and most importantly, human lives. Many perished and the lives of thousands were upended. In Trapped, Martin van Beynen documents with sensitivity and unerring detail the personal experiences of more than thirty quake survivors – before, during and after the event – in their own words.At once poignant, dramatic and enthralling, their stories record a defining moment in Canterbury’s history and testify to the courage and heroism of everyday people.”  (Adapted from Syndetics summary)

Magnitude 7.1 & 6.3 : the people of Christchurch, Canterbury & beyond tell their stories / [compiled by Debbie Roome].
“This book is a compilation of stories from people directly affected by the impact of the earthquakes in Christchurch. They reflect the incredible resiliance the people of Canterbury have shown throughout this devastating time. Some of the stories are poignant, some humorous, some shocking and some sad. All of them are from the heart and deserve to be heard.” (Adapted from back cover) 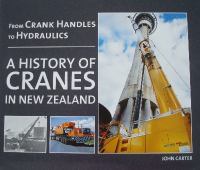 From crank handles to hydraulics : a history of cranes in New Zealand / by John Carter.
“Cranes of various shapes and sizes have helped shape our nation dating back from around 1840 and today rank as the most familiar item of equipment involved on construction and other sites throughout the country. This book is the first ever produced in New Zealand detailing how cranes and other lifting devices have evolved over the decades. It is an easy read for people of all ages and includes how cranes assisted in the colonisation of New Zealand via the ports and railways and mentions of some of the country’s historical events which necessitated the use of cranes.”  (Adapted from Syndetics summary) 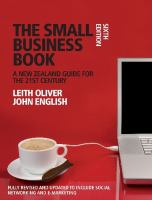 The small business book : a New Zealand guide for the 21st century / Leith Oliver, John English.
“Completely revised and updated edition of the bestselling guide to starting, managing, and expanding a small business in New Zealand. The Small Business Book is the bestselling, hands-on guide to running your own business in New Zealand. This new edition is up-to-date, easy to understand and simple to use. New ventures are being launched in greater numbers than ever before, and the prospects for success offer hope and a sense of fulfilment to New Zealanders who want to be self-employed. The Small Business Book has been written to help you get into business, successfully stay in business and make a good living from being in business.”  (Adapted from Syndetics summary)

Thank you to everyone who donated toiletries, bedding, and non-perishable food for the Christchurch Bus mission.
As you can see with from the clip below, we’ve been lucky to have some students from Wellington College as well as some of our library staff members and members of the public to help loading the bus.
We were not able to fit it all in the bus, so we will be adding the remainder to a container that is going down later this week.