Self-harming parrots and exploding toads: a marvellous compendium of bizarre, gross and stupid animal antics is the third book of trivia by Francesca Gould and David Haviland. Answers for questions that you’ve always wanted to know such as do animals take medicine, why frogs eat their own skin and how do fireflies tell fire-lies -these are just a few. A light-hearted book for holiday reading.

Luck be a lady tonight or will she? Joseph Mazur’s book What’s luck got to do with it? the history, mathematics and psychology behind the gambler’s illusion looks at why gamblers risk what they cannot afford to lose knowing that the odds are against them. This book will show when the chances of winning are mathematically on your side. It will help to know when to hold’em or when to fold’em!

Mars: a survival guide by Guy Murphy is an informative and fun guide on how to survive when you decide to move to Mars. Fantasy – maybe not? This book is for all aspiring interplanetary travellers – don’t leave home without it.

Science can be fun – these books certainly are. Read others including information on E=MC2, British scientists, Bonobo handshakes and other big questions in this month’s Science Recent Picks.

At this time of the year overeating is almost compulsory but for some it becomes a major health issue. Have a look at these books to get help and advice.
According to author Linda Bacon dieting is the worse way to lose weight. Her book Health at every size: the surprising truth about your weight is not a diet book but encourages people to tune into the body’s needs and find food as a pleasure and not an enemy. Her programme has been published in scientific journals and discusses why thin is seen as healthy where the reality can be the complete opposite.

Binge eating affects 3.5 % of women and 2 % of men in the United States. Considered a psychological disorder Cynthia Bulik’s book Crave: why you binge eat and how to stop describes the psychology of this disorder. Learning good habits along with physical activity is part of the overall success.

On a more energetic note Zumba: ditch the work-out: join the party: the Zumba weight loss programme combines exercise with Latin beats and is great fun. The book and DVD features a complete workout to tone up and lose weight. Start shaking those hips!!

Stephen Fry’s presence is found in a never ending number of genres including television, stage, comedy and many more. Not that this is a bad thing! With a brain the size of a planet and a gentle interviewing manner he is as easy to watch, read or listen to. The Fry chronicles is the follow-up to his first autobiography Moab is my washpot.

Maurice Micklewhite – not a name that shouts film star which is probably why he chose Michael Cain – worked well for him! Born in a poor area of London and with rickets he has achieved much, including two Oscars and a knighthood. The Elephant to Hollywood: the autobiography is a real story of rags to riches.

Nature or nurture? This will always be an on-going discussion. The other Wes More: one name, two fates by author Wes More looks at this from a very human aspect. Two boys with the same name grew up in the same poor community. Why did one have a successful life and the other not? What made the difference?

Read about these interesting lives and others including Joy Cowley, Christopher Isherwood, Deborah Devonshire and Jessica Mitford in November’s Biography Recent Picks. 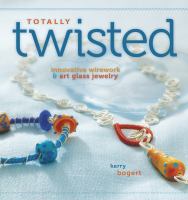 Kerry Bogert’s book Totally twisted teaches how to combine sterling silver and coloured wire with glass beads to create something special. Advice is given throughout the book on the 20 designs together with step-by-step photos, methods and tips.

With Christmas around the corner Joelle Hoverson’s book More last-minute knitted gifts will be useful for creating inexpensive and quick presents. The 30 projects include sachets, baby blankets and ornaments just to name a few. Creative ideas for gift-wrapping are also included.

Colour is the new black according to Kristin Nicholas! In her book Color by Kristen she encourages knitters to be bold and knit with multiple colours. This book is aimed at all levels of knitters.

Create with these books and find other ideas in this month’s Craft Recent Picks including bead-weaving, embroidery and even feisty stitching.

Author Sian Beilock looks at why top athletes and business people fail to live up to their potential. In a list of the top “chokers” the All Blacks have topped his list! Not a great accolade but Choke: what the secrets of the brain reveal about getting it right when you have to will show how to achieve when it matters most. Graham Henry’s copy is in the mail!

Some people have the knack of connecting with others no matter what circumstances they find themselves in. Leil Lowndes book How to instantly connect with anyone gives 96 communication techniques to improve this connection whether it is in a personal or professional situation.

Shyness of its self is not of concern unless it affects a person’s ability to establish relationships or causes avoidance of situations. The self-help book Improving social confidence and reducing shyness using compassion focused therapy by Lynne Henderson includes exercises and skills to reduce the effects of problematic shyness.

Read these books and others in this month’s Personal Development Recent Picks with topics including how to heal emotional wounds, the power of co-incidence and the creative spirit.

With a long history of unexplained illness and in chronic pain author Tim Parks began looking at alternative ways to improve his health. His book Teach us to sit still: a sceptic’s search for health and healing lead to an understanding of how the busy modern world affected his health. With this knowledge and insight into the relationship between mind and body led to a marked improvement in his health and well-being.

Continuing on the theme of improving health in today’s busy lifestyle The mindful manifesto: how doing less and noticing more can help us thrive in a stressed-out world by Jonty Heaversedge and Ed Halliwell looks at how to stop and appreciate what is happening around us. Scientific research has confirmed that mindfulness, the ability to be aware of what is happening in our lives has a positive effect on both mind and body – something that Eastern traditions have known for a long time.

In Garry Egger and Boyd Swinburn’s book Planet obesity: how we’re eating ourselves and the planet to death they make the statement that obesity is ‘collateral damage in the battle for modernity’. What does that mean? It is looking at the results of the improving standard of living and how our bodies cannot cope with our increased intake and the resulting waste. Combined also with an increase in greenhouse gasses major changes are needed to sustain both the planet and ourselves. We only have one of each.

Other titles in this month’s Health Recent Picks include information on dementia, food for better living, girls in crisis, thyroid and thinking smarter. 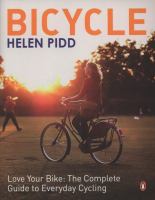 Cycling is a fun way to improve fitness without adding to global warming. Written for recreational riders Bicycle: love your bike: the complete guide to everyday cycling gives practical information for all levels. Questions are answered by Helen Pidd about what bicycle to buy, how to stop getting knocked off, how to stop a bicycle thief, even whether you can be arrested when cycling drunk – read and find out.

In 1531 Thomas Elyot described football as “nothing but beastlie furie and extreme violence”. How has it changed over the centuries? Beastly fury: the strange birth of British football written by Richard Sanders looks at the modern version of the most popular game in the world and answers some interesting questions. Who invented heading and who dreamed up the off-side law?

Think like a caddie, play like a pro: golf’s top caddies reveal their winning strategies by James Bartlett will benefit players and caddies alike. Inside tips and advice along with 50 colour photos produces an enjoyable book show-casing some of the world’s best golf courses.

Enjoy this mixture of sports and other titles about dungeons & dragons, pool, darts, chess and fishing in this month’s Sport Recent Picks.

Author Susan Hill’s best known book is The Woman in Black and her latest one has that same eerie feeling of unknown threats and sinister happenings. Ultimately The small hand: a ghost story may be produced for the stage as well.

Started early, took my dog is the fourth of Kate Atkinson’s novel involving the detective Jackson Brodie. Returning to his home county his path crosses retired police detective Tracy Waterhouse and aging actress Tilly. All find that the past has a habit of appearing at unexpected times with potential dangerous outcomes.

Author of the television series Wire in the Blood Val McDermid’s new novel Trick of the dark intertwines the lives of writer Jay Macallan, recently widowed Magda Newsam and psychologist Charlie Flint. All have secrets they want to keep hidden and realise that when the truth does get out there is a high price to pay.

Enjoy these bestselling books and others by authors including Jennifer Egan, Lisa Gardner and Jack Higgins in this month’s Contemporary Fiction Recent Picks.

50-ish author Andee Jones decided to look for love via the world of on-line dating and her book Kissing frogs: a psychologist goes looking for love on-line—and finds trouble is the result. She comes to realises that dating in this on-line world has many of the same pitfalls as traditional ways of looking for love. After four years of dating did she find the one? Read the book and find out.

What part of no don’t you understand? The power of no: take your life back with a two-letter word by Beth Wareham gives advice on how to say no without offending others.

The uses of sadness: why feeling sad is no reason not to be happy looks at what sadness is and is not. It differs from depression and may actually help to reflect on our lives. Author Karen Masman feels it is a “warning” that we need to re-evaluate where we are at and where we want to be.

Look at these titles and others in this month’s Personal Development Recent Picks with subjects including the five love languages, achieving goals and how to clear mental clutter.

The Gabriel method: the revolutionary diet-free way to totally transform your body devised by Jon Gabriel is a combination of obesity research, scientific aspects and the influence of our own mindset to weight loss. After losing 220 pounds without dieting or surgery he showed minimal physical signs of his previous body shape and size.

Forget the gym, get fit and lose weight by cycling. Selene Yeager’s book Ride your way lean: the ultimate plan for burning fat and getting fit on a bike will show you how. Included are training strategies, tips, pitfalls to avoid, nutritional information and advice from others who have been successful with this programme.
The book The ultimate pH solution: balancing your body’s chemistry to prevent disease and lose weight recommends starting the day sipping a glass of water with lemon juice. This helps to neutralise our pH by lowering the acid levels in the body and improving health. Author Michelle Schoffro Cook includes 50 recipes to try as well as success stories by people who have used this method.

Look into these books as an option for losing weight or for other topics including prostate cancer, moods, anxiety and even how Google affects our intelligence in this month’s Health Recent Picks.