The Hugo’s have a long and noble history of recognising dramatic presentations (the first award being made in 1958). It is probably true to say that at that time Science Fiction was more the domain of a smaller, exclusive, forward thinking circle of fans. Nowadays however and thanks in large part to the efforts of these dedicated fans and others, Science fiction is now very much a major element of the mainstream media World and big, big money. And nowhere is this more evident than in the Hugo nominees for this year’s dramatic long form award. To illustrate this point this year’s nominees features not only the largest grossing movie of all time and two of the biggest movie franchises ever, but it is not the success or the money that attracts these fans it’s the wealth of clever, engaging and compelling ideas, characters and worlds that attracts the fans. And this richness of content is really evident in this year’s longlist featuring as it does an Apocalyptical comedy, The final conclusion of the Avengers: Endgame and Star Wars: The Rise of Skywalker story arcs and ground breaking super hero movies to name but a few. And most are available from our library network as well as a plethora or related items. Enjoy.

Below we list the Hugo nominees for Best Dramatic Presentation, Long Form and some items currently available within our libraries that directly relate to them.

Click here to check the availability of the Avengers: Endgame movie.

Click here to check the availability of the Captain Marvel movie.

We also have a fabulous range of Captain Marvel graphic novels. Such as….

Captain Marvel : prelude / Pilgrim, Will Corona
“Follow another adventure in the Marvel Cinematic Universe. Meet the Marvel Universe’s mightiest hero Carol Danvers, NASA’s youngest head of security – but when an encounter with the Kree soldier Mar-Vell gives her amazing powers, she begins a costumed career…as Ms. Marvel Determined to prove herself the best of the best in a world full of fearsome foes, Carol soon takes on the mantle of Captain Marvel – and the responsibility of protecting the entire planet But what happens when she comes face-to-face with Mar-Vell…who died years before? ” (Adapted from Catalogue)

Click here to check the availability of the Good Omens series.

Good omens : the nice and accurate prophecies of Agnes Nutter, witch / Pratchett, Terry
” The world will end on a Saturday. Next Saturday, in fact. Except that a somewhat fussy angel and a fast-living demon are not particularly looking forward to the coming Rapture. They’ve lived amongst Humanity for millennia, and have grown rather fond of the lifestyle. So if Crowley and Aziraphale are going to stop it from happening, they’ve got to find and kill the AntiChrist (which is a shame, really, as he’s a nice kid). There’s just one glitch: someone seems to have misplaced him.” (Adapted from Catalogue)

Currently Russian Doll is only available to stream.

Star Wars: The Rise of Skywalker.

Click here to check the availability of Star Wars: The Rise of Skywalker.

We also have a vast wide range of Star Wars titles and films available to borrow. 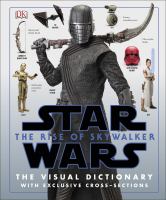 Us, written and directed by Jordan Peele .

Click here to check the availability of Us the movie. .