Afrofuturism is an intersection of imagination, technology, the future, and liberation. ‘I generally define Afrofuturism as a way of imagining possible futures through a black cultural lens,’ says Ingrid LaFleur, an art curator and Afrofuturist.”

One of the most exciting genres emerging in science fiction, film, art and music at the moment is Afrofuturism. But whilst this dynamic and rather fabulous genre is having a real explosion of creativity, it’s by no means new. Indeed especially in the world of music Afrofuturism has a long and distinguished past, commonly accepted as emerging in the music world in the 1950s. This blog is a very brief look at some of Afrofuturism’s key musical proponents both old and new.

One of the first musical explorers in this universe was the legendary jazz musician Sun Ra. In the late 1950s Sun Ra created his own new synthesis of jazz, designed to reflect and link both the leading edge of the space age and African culture–especially that of African Egypt.

His ideas were taken up in the 1970s in the funk world by George Clinton’s funk outfits Parliament and Funkadelic. Reggae and hip hop also embraced these ideas, with artists like Lee “Scratch” Perry, Scientist and Afrika Bambaataa. And in the world of rock, Jimi Hendrix was also regarded by some reviewers as an Afrofuturist.

In the 21st century artists as diverse as Solange, Rihanna, Beyoncé, Erykah Badu, Missy Elliott, Kendrick Lamar, Flying Lotus and the Wu-Tang Clan have been influenced by this movement, with perhaps  Janelle Monáe the best known for embracing the genre. Enjoy! 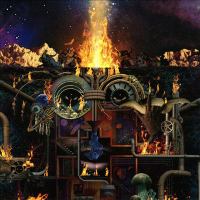 Flamagra. / Flying Lotus
“Fire’s positive and negative associations are referenced by many of Ellison’s other collaborators here. While the album begins with a crackle and ends with a poetic epilogue about its lasting effects, fire’s role in the album elsewhere is either nonexistent or negligible.” (Adapted from catalogue) 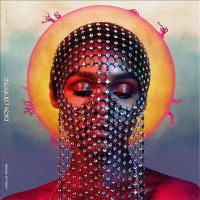 Dirty computer. / Monae, Janelle
“Monáe and her Wondaland partners twist and flip new wave-leaning pop with booming bass drums and rattling percussion. They transmit defiant jubilance in response to those ‘from the traphouse to the White House who make the lives of little brown girls so damn hard.’ Almost every track is densely packed with quotables delivered in approaches that shift from easygoing elegance to hard-fought, triumphant conviction.” (Adapted from Catalogue)