Our first item is actually a database of Haynes workshop manuals, which is available for FREE from our website.

Haynes manuals all access.
“From the publishers of the popular books comes the online version which makes available over 600 online manuals, covering car and motorcycle maintenance and repairs. This resource includes quick links to most popular DIY procedures, videos of common DIY jobs, a detailed troubleshooting section and much more.” (Catalogue)

The vagabonds : the story of Henry Ford and Thomas Edison’s ten-year road trip / Guinn, Jeff
“In 1914 Henry Ford and naturalist John Burroughs visited Thomas Edison in Florida and toured the Everglades. The following year Ford, Edison, and tire maker Harvey Firestone joined together on a summer camping trip and decided to call themselves the Vagabonds. They would continue their summer road trips until 1925, when they announced that their fame made it too difficult for them to carry on. Although the Vagabonds traveled with an entourage of chefs, butlers, and others, this elite fraternity also had a serious purpose: to examine the conditions of America’s roadways and improve the practicality of automobile travel. Cars were unreliable and the roads were even worse. But newspaper coverage of these trips was extensive, and as cars and roads improved, the summer trip by automobile soon became a desired element of American life.” (adapted from Catalogue)

Insane mode : how Elon Musk’s Tesla sparked an electric revolution to end the age of oil / McKenzie, Hamish
“From a journalist and former writer for Tesla comes the astounding story of the most revolutionary car company since Ford, revealing how, under Elon Musk’s ‘insane mode’ leadership, it is bringing an end to the era of gasoline powered transportation. Hamish McKenzie explores how an unlikely West Coast start up, with an audacious dream to create a new, successful US car company – the first since Chrysler in 1925 – went up against not only the might of the government-backed Detroit companies, but also the massive power of Big Oil and its benefactors, the infamous Koch brothers. Insane Mode is a story of ingenuity and revolution – of how a new world of transportation could change people’s lives globally.” (adapted from Catalogue) 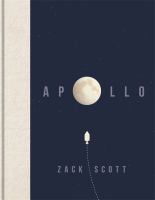