This month’s latest travel titles ask: Why do we travel? What are we searching for? From pilgrimages to culinary explorations, from adrenaline seeking to peaceful wanderings, these books tell the stories of people who have sought something from their travels, and were quite often surprised at the results. 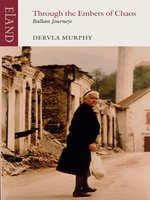 Through the Embers of Chaos, Dervla Murphy (ebook)
As Dervla Murphy crisscrossed the Balkans in a series of bicycle journeys, she recorded the griefs and confusions of the ordinary people, many of whom had showed extraordinary courage and resilience during that terrible ‘decade of decay’ and whose voices were so little heard during the conflict.   (Adapted from Overdrive description) 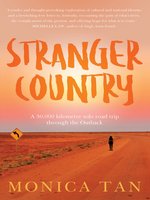 Stranger Country, Monica Tan (ebook)
What happens when a 32-year-old first-generation Australian woman decides to chuck in a dream job, pack a sleeping bag and tent, and hit the long, dusty road for six months? In mid-2016, Monica left Sydney, unsure of her place in Australia. Stranger Country is the riveting account of the six months Monica drove and camped her way through some of Australia’s most beautiful and remote landscapes. ( Adapted from Overdrive description) 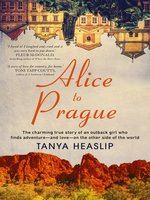 Alice to Prague, Tanya Heaslip (ebook)
In 1994, Tanya Heaslip left her safe life as a lawyer in outback Australia and travelled to the post-communist Czech Republic. Dismissing concerns from family and friends that her safety and career were at risk, she arrived with no teaching experience whatsoever, to work at a high school in a town she’d never heard of, where the winters are frigid and plunge to sub-zero temperatures. (Overdrive description) 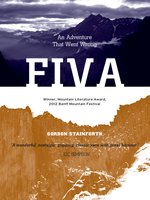 Fiva, Gordon Stainforth (ebook)
In 1969, teenage twin brothers Gordon and John Stainforth set out… to climb the highest rock face in Europe — Norway’s Troll Wall. Poor judges of their own abilities, experience, and gear, they began the climb convinced they would return to their tent in time for afternoon tea. Within hours of starting the route, things went terribly wrong. Fiva is the story that Gordon Stainforth lived to tell, 40 years later. (Adapted from Overdrive description)

Walking to Jerusalem : blisters, hope and other facts on the ground : sacred and profane reflections on the Just Walk to Jerusalem 10 June – 2 November 2017 / Butcher, Justin
2017 marked three anniversaries for the Palestinian people: 100 years since the Balfour Declaration; 50 years since the Six-day War; and ten years since the Blockade of Gaza. As an act of penance, solidarity and hope, actor and musician Justin Butcher – along with ten other companions for the full route – walked from London to Jerusalem. (Adapted from Catalogue) 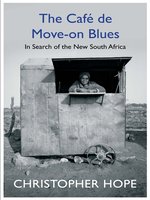 The Cafe de Move-on Blues, Christopher Hope (ebook)
In White Boy Running, Christopher Hope explored how it felt and looked to grow up in a country gripped by an ‘absurd, racist insanity’. On a road trip thirty years later, Christopher goes in search of today’s South Africa; post-apartheid… of a future when race and colour would not count. Framed as a travelogue, this is a darkly comic, powerful and moving portrait of South Africa – an elegy to a living nation. (Adapted from Overdrive description) 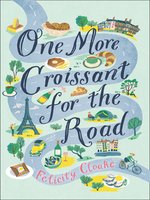 One More Croissant for the Road, Felicity Cloake (ebook)
The nation’s ‘taster in chief’ cycles across France in search of the definitive versions of classic French dishes. A land of glorious landscapes – a country large enough to give any journey an epic quality, but with a bakery on every corner. Each of the 21 ‘stages’ concludes with Felicity putting this new found knowledge to good use in a fresh and definitive recipe for each dish. (Adapted from Overdrive description) 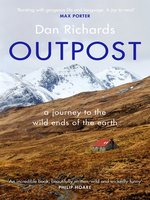 Outpost, Dan Richards (ebook)
There are still wild places out there on our crowded planet. Through a series of personal journeys, Dan Richards explores the appeal of far-flung outposts. Their untamed nature is part of their beauty and such places have long drawn the adventurous, the spiritual and the artistic. Richards explores landscapes which have inspired writers, artists and musicians, and asks: why are we drawn to wilderness? (Adapted from Overdrive description)