From politics, to changing the world as a millennial, our recent books for this month are very diverse.

Ctrl alt delete : how politics and the media crashed our democracy / Baldwin, Tom
“Something has gone badly wrong: people loathe politicians, distrust the press and increasingly fear each other. Interviewing everyone from Tony Blair to Michael Gove, top journalists to Russian bloggers, and tech giant execs to online activists, Tom Baldwin describes a vicious battle for control of the news agenda, at the expense of public trust and the value of truth.” (adapted from Catalogue)

The future of shopping : where everyone is a retailer / Snoeck, Jorg
“Traditional retail is no more. It has been rendered obsolete by developments in economy, demography, and technology in particular. The Internet has taken over the role of retail in its massive possibilities in distribution of products. Anyone can open a store today, from producers attempting to sell their products without any intermediaries to consumers themselves. The Future of Shopping opens up a window into these trends and evolutions, offers insight into their catalysts, and lays out a framework for adapting your brand to the consumer of today and tomorrow.” (adapted from Catalogue)

Ambition : what New Zealanders think and why it matters / Fry, Julie
“Many commentators say New Zealanders lack ambition, and that aspects of the New Zealand character or our comfortable lives limit our achievements. We are said to be too keen on time off, too concerned about everyone fitting in, suspicious of people who try too hard, enthusiastic about humility, afraid of risk and failure, and relatively unmotivated everywhere but on the sports field. And yet Kiwis achieve at the very highest levels, both at home and overseas. This book looks at what ambition means to New Zealanders.” (adapted from Catalogue)

The sisterhood : a love letter to the women who have shaped me / Buchanan, Daisy
“Daisy’s memoir The Sisterhood explores what it’s like to live as a modern woman by examining some examples close to home – her adored and infuriating sisters. In this tender, funny and unflinchingly honest account Daisy examines her relationship with her sisters and what it’s made up of – friendship, insecurity jokes, jealousy and above all, love – while celebrating the ways in which women connect with each other and finding the ways in which we’re all sisters under the skin.” (adapted from Catalogue)

The moment of lift : how empowering women changes the world / Gates, Melinda
“For the last twenty years, Melinda Gates has been on a mission. Her goal, as co-chair of the Bill & Melinda Gates Foundation, has been to find solutions for people with the most urgent needs, wherever they live. Throughout this journey, one thing has become increasingly clear to her: If you want to lift a society up, invest in women. In this candid and inspiring book, Gates traces her awakening to the link between women’s empowerment and the health of societies.” (adapted from Catalogue) 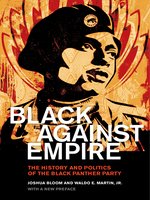 Black against Empire, Joshua Bloom (ebook)
“Black against Empire is the first comprehensive overview and analysis of the history and politics of the Black Panther Party. The authors analyze key political questions, such as why so many young black people across the country risked their lives for the revolution, why the Party grew most rapidly during the height of repression, and why allies abandoned the Party at its peak of influence.” (adapted from Overdrive description) 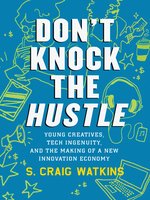 Don’t Knock the Hustle, Craig S. Watkins (ebook)
“Young adults are coming of age at a time when work is temporary, underpaid, incommensurate with their education, or downright unsatisfying. Despite these challenges, media scholar S. Craig Watkins argues that this moment of precarity is rife with opportunities for innovation, and that young adults are leading the charge in turning that into an inventive and surprisingly sustainable future. As a result, society is expanding its understanding of who we think of as innovators and what qualifies as innovation, while wealth is spreading beyond traditional corridors of powerful tech companies, venture capitalism, and well-endowed universities.” (adapted from Overdrive description) 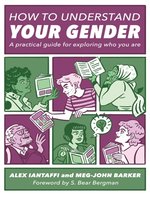 How to Understand Your Gender, Alex Iantaffi (ebook)
“Have you ever questioned your own gender identity? Do you know somebody who is transgender or who identifies as non-binary? Do you ever feel confused when people talk about gender diversity? This down-to-earth guide is for anybody who wants to know more about gender, from its biology, history and sociology, to how it plays a role in our relationships and interactions with family, friends, partners and strangers.” (adapted from Overdrive description) Leading from the Emerging Future, Otto Scharmer (ebook)
“We have entered an age of disruption. Financial collapse, climate change, and a growing gap between rich and poor are but a few of the signs. Otto Scharmer and Katrin Kaufer ask, why do we collectively create results nobody wants? Meeting the challenges of this century requires updating our economic logic and operating system from an obsolete “ego-system” focused entirely on the well-being of oneself to an eco-system awareness that emphasizes the well-being of the whole.” (adapted from Overdrive description) 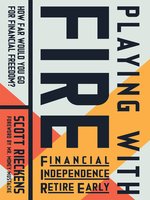 Playing with FIRE (Financial Independence Retire Early), Scott Rieckens (ebook)
“What if a happier life was only a few simple choices away? A successful entrepreneur living in Southern California, Scott Rieckens had built a “dream life”: a happy marriage, a two-year-old daughter, a membership to a boat club, and a BMW in the driveway. But underneath the surface, Scott was creatively stifled, depressed, and overworked trying to help pay for his family’s beach-town lifestyle. Then one day, Scott listened to a podcast interview that changed everything. Five months later, he had quit his job, convinced his family to leave their home, and cut their expenses in half.” (adapted from Overdrive description)