It’s very good news that physical CDs are back on our shelves. Our first pop-up library Arapaki offers a small but varied range of music including new releases by our very own Aldous Harding and Vampire Weekend. Come on down to Arapaki at 12 Manners Street and check them out! I am easy to find / National (Musical group)
“I Am Easy To Find is the band’s eighth studio album and the follow-up to 2017’s GRAMMY-award winning release Sleep Well Beast. A companion short film with the same name will also be released. The film was directed by Mike Mills (20th Century Women, Beginners), and starring Alicia Vikander. Mills, along with the band, is credited as co-producer of the album, and the album features vocal contributions from Sharon Van Etten, Brooklyn Youth Chorus, Lisa Hannigan, Mina Tindle and more.” (adapted from amazon.co.uk) 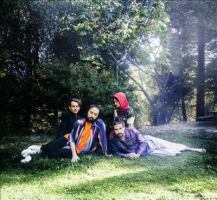 U.F.O.F. / Big Thief
“U.F.O.F., F standing for ‘Friend’, is the name of the highly anticipated third record by Big Thief. Their songs represent an emotional bravery and realness that weaves intimate relationships with the listener, a phenomenon that has made them one of the most widely-respected bands of the current era.” (adapted from amazon.co.uk)

Father of the bride. / Vampire Weekend
“Father of the Bride is the highly anticipated new album from Vampire Weekend, and is the band’s fourth full length release. It is the follow up to 2013’s Modern Vampires of the City, which won the Grammy for Best Alternative Music Album in 2014. Father of the Bride is produced by founding band member Ezra Koenig, and Ariel Rechtshaid (Adele, Madonna etc.). The album features 18 songs, including “Harmony Hall,” “Big Blue,” “2021,” and “Sunflower.” (adapted from amazon.co.uk) 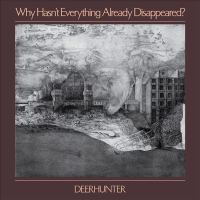 Why hasn’t everything already disappeared? / Deerhunter
“What they spend their time doing instead is reinventing their approach to microphones, the drum kit, the harpsichord, the electromechanical and synthetic sounds of keyboards. Whatever guitars are left are pure chrome, plugged straight into the mixing desk with no amplifier or vintage warmth. The result is as thrilling, haunting, and unpredictable as anything in their roughly 15 year career.” (adapted from amazon.com) 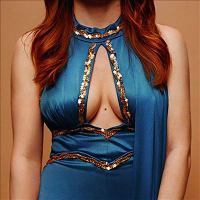 On the line. / Lewis, Jenny
“Jenny Lewis’ fourth solo album, featuring 11 original songs written by Lewis and recorded at Capitol Records’ Studio B. Lewis is joined on the album by such legendary artists as Beck, Benmont Tench, Don Was, Jim Keltner and Ringo Starr.” (adapted from amazon.co.uk) 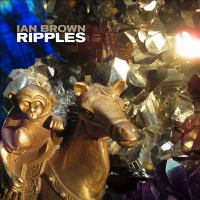 Ripples. / Brown, Ian
“2019 release from the former Stone Roses vocalist. Ripples is Brown’s first solo album in 10 years and serves as the long-awaited follow-up to 2009’s My Way. Brown self-produced and wrote a majority of Ripples, as well as created the artwork and played most of the instruments heard throughout the record. His sons have co-writing credits on three songs and provided additional instrumental contributions.” (adapted from amazon.co.uk)