Dealing with Alzheimer’s, understanding our mortality, body building and 28 days alcohol free challenge are some of the subjects of the books that we picked from our new health books.

The Alzheimer’s antidote : using a low-carb, high-fat diet to fight Alzheimer’s disease, memory loss, and cognitive decline / Berger, Amy
“In The Alzheimer’s Antidote, Certified Nutrition Specialist Amy Berger presents a multi-pronged nutrition and lifestyle intervention to combat Alzheimer’s disease at its roots. Berger’s research shows that Alzheimer’s results from a fuel shortage in the brain: As neurons become unable to harness energy from glucose, they atrophy and die, leading to classic symptoms like memory loss and behavioral changes.” (adapted from Catalogue)

Being mortal : illness, medicine, and what matters in the end / Gawande, Atul
“For most of human history, death was a common, ever-present possibility. It didn’t matter whether you were five or fifty – every day was a roll of the dice. But now, as medical advances push the boundaries of survival further each year, we have become increasingly detached from the reality of being mortal. So here is a book about the modern experience of mortality – about what it’s like to get old and die, how medicine has changed this and how it hasn’t, where our ideas about death have gone wrong.” (adapted from Catalogue) 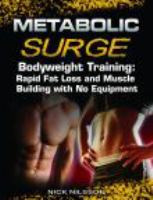 Bodyweight training : rapid fat loss and muscle building with no equipment / Nilsson, Nick
“Metabolic Surge Bodyweight Training is for anyone looking for an intense workout that can be done with little or no equipment. With this book you’ll be focusing on exercises that utilize your bodyweight and simple equipment found in your home, such as chairs and broomsticks. It’s an extraordinarily powerful and highly-targeted program of diet and exercise designed to accomplish two things: 1.) Strip away body fat as quickly as possible. 2.) Retain and build muscle mass…” (adapted from Catalogue)

The elusive obvious : the convergence of movement, neuroplasticity & health / Feldenkrais, Moshe
“Scientist, martial artist, and founder of the method that bears his name, Moshe Feldenkrais wrote several influential books on the relationship between movement, learning, and health. The Elusive Obvious presents a thorough and accessible explanation of the Feldenkrais Method, and, as its title indicates, throws light on the solutions to many of our difficulties that are hidden in plain sight.” (adapted from Catalogue)

The 28 day alcohol-free challenge : sleep better, lose weight, boost energy, beat anxiety / Ramage, Andy
“An illustrated day-by-day guide packed with inspiration and practical help, The 28 Day Alcohol-Free Challenge is the only book you need to reset your drinking habits and discover a hangover-free world of quality time to achieve your goals. Andy and Ruari bring you unparalleled insight into how you can make your break from alcohol an empowering, life-changing experience.” (adapted from Catalogue)

Beating Alzheimers : the enemy at the gate / Dredge, Peter
“Ann Dredge was a fit, active woman. A keen cyclist and sportswoman. But after being diagnosed with Alzheimer’s disease, she became unable to walk or talk and was expected to die within six months. Incredibly, one year later, she’s alert and interacting with her carers. This book is a roadmap for those whose loved ones demonstrate early symptoms of Alzheimer’s and shows that, with determination and dedication, it may be possible to arrest their decline and even recover lost function.” (adapted from Catalogue)

Borrowed time : the science of how and why we age / Armstrong, Sue
“The question of how and why organisms age has teased scientists for centuries. There are myriad competing theories, from the idea that aging is a simple wear and tear process, like the rusting of a car, to the belief that aging and death are genetically programmed and controlled. Sue Armstrong tells the story of society’s quest to understand aging through the eyes of the scientists themselves, as well as through the “ordinary” people who exemplify the mysteries of ageing.” (adapted from Catalogue)

The genius within : smart pills, brain hacks and adventures in intelligence / Adam, David
“In The Genius Within, bestselling author David Adam explores the ground-breaking neuroscience of cognitive enhancement that is changing the way the brain and the mind works – to make it better, sharper, more focused and, yes, more intelligent. Going to the heart of how we consider, measure and judge mental ability, The Genius Within asks difficult questions about the science that could rank and define us, and inevitably shape our future.” (adapted from Catalogue)

Yang sheng : the art of Chinese self-healing / Brindle, Katie
“‘Yang sheng’ means to nourish life – fostering your own health and wellbeing by nurturing body, mind and spirit. In this book, Katie Brindle teaches readers how to harness this powerful natural healing system to improve every aspect of their life. Yang Sheng fits and works brilliantly in modern life. Some of the techniques may seem unusual, but they are all simple, quick and effective. Even more appealing, a key principle of Chinese medicine is balance.” (adapted from Catalogue) 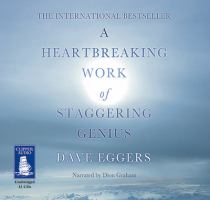 A heartbreaking work of staggering genius / Eggers, Dave
“At the age of 22, David Eggers became both an orphan and a “single mother” when his parents died within five months of one another of unrelated cancers. David is appointed unofficial guardian of his eight-year-old brother, Christopher. The two live together in semi-squalor, decaying food and sports equipment scattered about, while Eggers worries obsessively about child-welfare authorities, molesting babysitters and his own health.” (adapted from Catalogue)