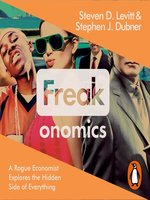 Freakonomics, Steven D. Levitt (Audiobook)
“Penguin presents the audiobook edition of Freakonomics by Stephen J. Dubner and Steven Levitt, read by Stephen J. Dubner. Modern life can be baffling and chaotic. Is there any way of making sense of it? The answer, explains groundbreaking thinker Steven Levitt, lies in economics. Not ordinary economics, but freakonomics. …Asking provocative and profound questions about human motivation and contemporary living and reaching some astonishing conclusions, Freakonomics will make you see the familiar world through a completely original lens.” (adapted from Overdrive description) 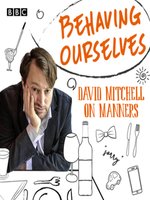 Behaving Ourselves, David Mitchell (Audiobook)
“David Mitchell sets out on a vigorous but impeccably polite investigation into the confusing world of manners. Are they really in decline, as many would have us believe? Or are we just throwing off the shackles of the Victorian obsession with etiquette? Over the course of the series, David eats his lunchtime sandwiches with children in a primary school, and later goes to a street market to see manners – good and bad – in action…” Produced by Chris Ledgard. (adapted from Overdrive description) 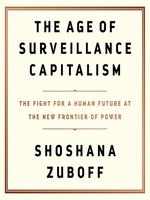 The Age of Surveillance Capitalism, Shoshana Zuboff (Audiobook)
“In this masterwork of original thinking and research, Shoshana Zuboff provides startling insights into the phenomenon that she has named surveillance capitalism. Zuboff vividly brings to life the consequences as surveillance capitalism advances from Silicon Valley into every economic sector. Vast wealth and power are accumulated in ominous new “behavioral futures markets,” where predictions about our behavior are bought and sold, and the production of goods and services is subordinated to a new “means of behavioral modification.” (adapted from Overdrive description) 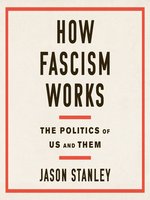 How Fascism Works, Jason Stanley (Audiobook)
“Fascist politics are running rampant in America today—and spreading around the world. A Yale philosopher identifies the ten pillars of fascist politics, and charts their horrifying rise and deep history. By uncovering disturbing patterns that are as prevalent today as ever, Stanley reveals that the stuff of politics—charged by rhetoric and myth—can quickly become policy and reality. Only by recognizing fascists politics, he argues, may we resist its most harmful effects and return to democratic ideals.” (adapted from Overdrive description) 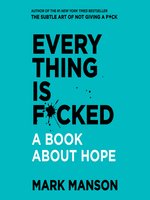 Everything is F*cked, Mark Manson (Audiobook)
“In Everthing Is F*cked Manson turns his gaze from the inevitable flaws within each individual self to the endless calamities taking place in the world around us. Drawing from the pool of psychological research on these topics, as well as the timeless wisdom of philosophers such as Plato, Nietzsche, and Tom Waits, he dissects religion and politics and the uncomfortable ways they have come to resemble one another. (adapted from Overdrive description) (also available as an eBook) 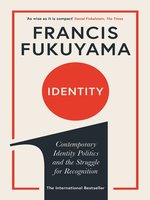 Identity, Francis Fukuyama (ebook)
“Increasingly, the demands of identity direct the world’s politics. Nation, religion, sect, race, ethnicity, gender: these categories have overtaken broader, inclusive ideas of who we are. We have built walls rather than bridges. The result: increasing in anti-immigrant sentiment, rioting on college campuses, and the return of open white supremacy to our politics. Identity is an urgent and necessary book: a sharp warning that unless we forge a universal understanding of human dignity, we will doom ourselves to continual conflict.” (adapted from Overdrive description) 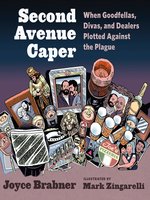 Second Avenue Caper, Joyce Brabner (ebook)
“The renowned graphic-book author Joyce Brabner’s Second Avenue Caper is the true story of a tight-knit group of artists and activists living in New York City in the early 1980s who found themselves on the front lines in the fight against AIDS. Struggling to understand the disease and how they could help, they made a deal with a bona fide goodfella, donned masterful disguises, piled into an “A-Team” van, and set off for the border, determined to save their bedridden friends by smuggling an experimental drug into the United States from Mexico.” (adapted from Overdrive description) 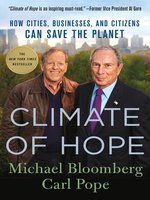 Climate of Hope, Michael Bloomberg (ebook)
“In Climate of Hope, Bloomberg and Pope offer an optimistic look at the challenge of climate change, the solutions they believe hold the greatest promise, and the practical steps that are necessary to achieve them. Writing from their own experiences, and sharing their own stories from government, business, and advocacy, Bloomberg and Pope provide a road map for tackling the most complicated challenge the world has ever faced. Along the way, they turn the usual way of thinking about climate change on its head: from top down to bottom up, from partisan to pragmatic, from costs to benefits, from tomorrow to today, and from fear to hope.” (adapted from Overdrive description)

Zucked : waking up to the Facebook catastrophe / Roger McNamee.
“If you had told Roger McNamee even three years ago that he would soon be devoting himself to stopping Facebook from destroying our democracy, he would have howled with laughter. Zucked is McNamee’s intimate reckoning with the catastrophic failure of the head of one of the world’s most powerful companies to face up to the damage he is doing. It’s a story that begins with a series of rude awakenings. First there is the author’s dawning realization that the platform is being manipulated by some very bad actors. Then there is the even more unsettling realization that Zuckerberg and Sheryl Sandberg are unable or unwilling to share his concerns, polite as they may be to his face.” (adapted from Syndetics summary)

All together now? : one man’s walk in search of his father and a lost England / Carter, Mike
“In 1981, Mike Carter’s dad, Pete, organised the People’s March for Jobs, which saw 300 people walk from Liverpool to London to protest as the Thatcher government’s policies devastated industrial Britain and sent unemployment skyrocketing. Just before the 2016 EU referendum, Mike set off to walk the same route in a quest to better understand his dad and his country. As he walked, Mike found many echoes of the early eighties: a working class overlooked and ignored by Westminster politicans; communities hollowed out but fiercely resistant; anger and despair co-existing with hope and determination for change.” (adapted from Catalogue)