Some of the most iconic television detectives started life on the printed page. So for our latest showcase we’ve decided to not only highlight our favourite sleuths, but also link them to their respective TV shows! So many fabulous mysteries to read, so many great programmes to watch—a perfect way to spend those darkening nights. Enjoy!

Dirk Gently’s Holistic Detective Agency: the interconnectedness of all kings / Ryall, Chris
“Dirk Gently: a detective with a belief in the fundamental interconnectedness of all things, a unique relationship with the laws of probability and physics, and a love of cats and pizza. In his first-ever comic series, Dirk has been forced to leave his beloved England behind, coming to the too-sunny, too-cheery, and altogether too-bizarre-even-for-Dirk city of San Diego, California.” (Adapted from Catalogue.) For DVD availability click HERE.

Poirot’s early cases / Christie, Agatha
“Captain Hastings recounts 18 of Poirot’s early cases from the days before he was famous… Hercule Poirot delighted in telling people that he was probably the best detective in the world. So turning back the clock to trace eighteen of the cases which helped establish his professional reputation was always going to be a fascinating experience. With his career still in its formative years, the panache with which Hercule Poirot could solve even the most puzzling mystery is obvious.” (Adapted from Catalogue.) For DVD availability click HERE.

Wild fire / Cleeves, Ann
“Shetland: Welcoming. Wild. Remote. Drawn in by the reputation of the islands, an English family move to the area, eager to give their autistic son a better life. But when a young nanny’s body is found hanging in the barn of their home, rumours of her affair with the husband begin to spread.With suspicion raining down on the family, DI Jimmy Perez is called in to investigate, knowing that it will mean the return to the islands of his on-off lover and boss Willow Reeves.” (Adapted from Catalogue.) For DVD availability click HERE. 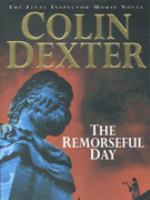 The remorseful day / Dexter, Colin
“How will Morse bid his final farewell? The murder of Yvonne Harrison at her home in the Cotswold village of Lower Swinstead had left Thames Valley CID baffled. A year after the dreadful crime they are still no nearer to making an arrest. But one man has yet to tackle the case–and it is just the sort of puzzle at which Chief Inspector Morse excels.” “So why is he adamant that he will not lead the re-investigation, despite dark hints of some new evidence?” (Adapted from Catalogue.) For DVD availability click HERE. 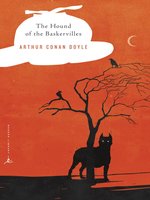 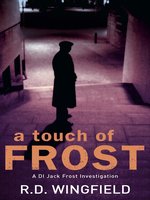 A Touch of Frost / R D Wingfield (ebook)
“Denton has never known anything like the crime wave which now threatens to submerge it. A robbery occurs at the town’s strip joint, the pampered son of a local MP is suspected of a hit-and-run and, to top it all, a multiple rapist is on the loose. Frost is reeling under the strain and now, more than ever, his colleagues would love to see him sacked. But Frost manages to assure his superior that all is under control. Now he has only to convince himself…” (Adapted from Overdrive description.) For DVD availability click HERE. 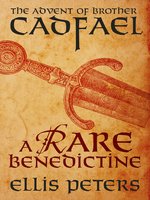 A Rare Benedictine / Ellis Peters (ebook)
“Set in the Year of Our Lord 1120, three tales of intrigue and treachery, featuring the chain of events that led one-time crusader Cadfael into the Benedictine Order.” (Adapted from Overdrive description.) For DVD availability click HERE.