This collection of recent books has a little bit of everything for the keen reader; a diary, a sports star, a witch doctor and more. From Captain Cook’s voyages across the Pacific Ocean, to the 1970s dawn raids in New Zealand, this booklist is not one to miss if you’re wanting to brush up on a little bit of Pasifika history.

Miss Ulysses from Puka-Puka : the autobiography of a South Sea trader’s daughter / by Florence (Johnny) Frisbie ; edited and translated by her father, Robert Dean Frisbie.
“Miss Ulysses from Puka-Puka (2nd ed) by Florence (Johnny) Frisbie is the first book written by a Polynesian woman. It tells the amazing story of a young girl growing up on a remote island in the Cook Islands group. Written when Johnny was between the ages of 12 and 14, and published in 1948 when she was 15, Johnny likens her travels through South Pacific islands to those of Ulysses in the Odyssey. Her grandmother’s extended family, the trading station operated by her father, the local witch doctor, a native missionary, her father’s mistress after the death of her mother, and her first boyfriend are among the characters she describes with unflinching honesty. Out of print for more than sixty years, Johnny has added two new chapters to this classic and compelling book and illustrated it with family photos and three maps.” (Syndetics summary)

The Pacific : in the wake of Captain Cook with Sam Neill / Meaghan Wilson-Anastasios.
“Captain James Cook first set sail to the Pacific in 1768 – 250 years ago. These vast waters, one third of the earth’s surface, were uncharted – but not unknown. A rich diversity of people and cultures navigated, traded, lived and fought here for thousands of years. Before Cook, the Pacific was disconnected from the power and ideas of Europe, Asia and America. In the wake of Cook, everything changed. Voyaging on a wide variety on vessels, from container ships to fishing trawlers and sailing boats, Sam crosses the length and breadth of the largest ocean in the world to experience for himself a contemporary journey in Cook’s footsteps, engaging the past and present in both modern and ancient cultural practice and peoples. Fascinating, engaging, fresh and vital – this is history – but not as you know it.” (Syndetics summary)

Dawn Raid / Pauline (Vaeluaga) Smith.
“Like many 13-year-old girls, Sofias main worries are how to get some groovy go-go boots, and how not to die of embarrassment giving a speech at school! But when her older brother Lenny starts talking about marches and protests and overstayers, and how Pacific Islanders are being bullied by the police for their passports and papers, a shadow is cast over Sofias sunny teenage days. Through her heartfelt diary entries, we witness the terror of being dawn-raided and gain an insight into the courageous and tireless work of the Polynesian Panthers in the 1970s as they encourage immigrant families across New Zealand to stand up for their rights.” (Syndetics summary) 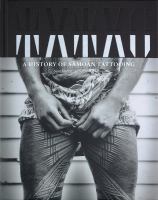 Tatau : a history of Sāmoan tattooing / Sean Mallon and Sébastien Galliot.
“The Sāmoan Islands are virtually unique in that tattooing has been continuously practised with indigenous techniques: the design of the full male tattoo, the pe’a, has evolved in subtle ways since the nineteenth century, but remains as elaborate, meaningful and powerful as it ever was. This richly illustrated cultural history is the first publication to examine 3000 years of Sāmoan tatau. Through a chronology vivid with people, encounters and events, it describes how Sāmoan tattooing has been shaped by local and external forces over many centuries. It argues that Sāmoan tatau has a long history of relevance both within and beyond Sāmoa, and a more complicated history than is currently presented in the literature.” (Syndetics summary)

My life, my fight / Steven Adams, with Madeleine Chapman.
“For the first time, Steven Adams shares the story behind his meteoric rise from the streets of Rotorua to his emerging stardom in the NBA.
Adams overcame the odds to become a top prospect in the 2013 NBA draft. From there he went on to secure a four-year contract with the Oklahoma City Thunder – making him New Zealand’s highest-paid sportsperson ever – and forge a reputation for his intense, physical style of basketball. In this intimate account of his life story so far, the seven-foot centre reflects on his humble upbringing, the impact of his father’s death when he was just 13, the multiple challenges and setbacks he has faced, early career-defining moments, and what basketball means to him.” (Syndetics summary) 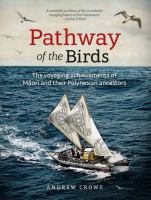 Pathway of the birds : the voyaging achievements of Maori and their Polynesian ancestors / Andrew Crowe.
“This book tells of one of the most expansive and rapid phases of human migration in prehistory, a period during which Polynesians reached and settled nearly every archipelago scattered across some 28 million square kilometres of the Pacific Ocean, an area now known as East Polynesia. Through an engaging narrative and over 400 maps, diagrams, photographs, and illustrations, Crowe conveys some of the skills, innovation, resourcefulness, and courage of the people that drove this extraordinary feat of maritime expansion. In this masterful work, Andrew Crowe integrates a diversity of research and viewpoints in a format that is both accessible to the lay reader and required reading for any serious scholar of this fascinating region.” (Syndetics summary)

View all posts by Sela