The World’s 100 Weirdest Sporting Events : from gravy wrestling in Lancashire to wife carrying in Finland / Geoff Tibballs.
“When we think of the world’s great sporting events, we tend to focus on spectacles such as the World Cup, the Olympics or the Monaco Grand Prix. Yet there is also an alternative world of competition where participants risk life, limb and often dignity for meagre rewards in truly weird sporting pursuits. Step forward the Indonesian sport of sepak bola api, a variation of football in which the barefoot players kick a ball that is on fire; yak racing from Mongolia; Oregon’s Pig-N-Ford Races where drivers speed around the track while carrying a live pig under one arm; and Australia’s variation of the Boat Race. This book lists geographically the world’s 100 weirdest sports events, giving full details of their rules and colourful history.” (Syndetics summary)

Red Card : how the U.S. blew the whistle on the world’s biggest sports scandal / Ken Bensinger.
“Presents an account of the FIFA corruption scandal that implicated nearly every aspect of international soccer, sharing insights into the roles of key personalities while tracing the efforts of law enforcement officials to expose the truth.” (Syndetics summary)

Bruce Lee : a life / Matthew Polly.
“The first noteworthy treatment of its subject–and a definitive one at that…Fascinating narrative threads proliferate.” — (The New York Times Book Review).
“Forty-five years after Bruce Lee’s sudden death at age thirty-two, journalist and bestselling author Matthew Polly has written the definitive account of Lee’s life. This is an honest, revealing look at an impressive yet imperfect man whose personal story was even more entertaining and inspiring than any fictional role he played onscreen.” (Syndetics summary)

To the Mountains : a selection of New Zealand alpine writing / selected by Laurence Fearnley & Paul Hersey.
“This stylish hardback is an exciting compendium of adventure and nature writing, history, philosophy and literature, from the quirky to the sublime. Aimed at real mountaineers as well as the armchair variety.” (Syndetics summary)

What the Physio Saw/The Secret Footballer
“He’s back – and this time he’s got company. The Secret Footballer has teamed up with one of the most highly respected physios in the game to bring you the stories of a football season through the eyes of someone who has covered over 1000 games in his career and who knows the most intimate of details about every player he treats. Alongside this privileged glimpse into the physio’s world, The Secret Footballer will be telling his own tales of injury, pain and perseverance with his trademark insight and wit.” (Syndetics summary)

Murdoch : the All Black Who Never Returned / by Ron Palenski.
“The story of Keith Murdoch, who passed away earlier this year, is the great unsolved mystery of world rugby. The All Black who was sent home from the tour of the British Isles in 1972 and who exiled himself to the vastness of the Australian outback remains a banner headline in rugby memories. Murdoch only appeared publicly a few times in all those years since the tour, but never said much and nothing at all of the events of that night, or how he felt then and later. But now, the story can be told more fully than before through anecdotes and memories of teammates and colleagues and through the damning words of those who condemned him to his life on the run.” (Syndetics summary)

Camping with Kids : hundreds of fun things to do in the great outdoors / Simon McGrath.
“Seasoned camper Simon McGrath draws on a lifetime’s experience so your kids can enjoy every minute of their camping holiday. Start in your backyard and graduate to the wilderness. Go orienteering or hang out at a festival. Watch the sun rise or go on a night walk. Climb a mountain or spot a constellation. And cook up a storm – even in a storm. Camping With Kids has more than 300 cool ideas – from games for the car trip to recipes and adventure activities – to help you and your family get the most out of any camping experience.” (Syndetics summary)

The Competitive Runner’s Handbook : the bestselling guide to running 5Ks through marathons / Bob Glover and Shelley-lynn Florence Glover.
“For both runners entering that first neighborhood race and elite marathoners, trainers Bob and Shelly-lynn Florence Glover’s completely revised guide is the book on training to compete. The Competitive Runner’s Handbook offers all the latest information needed to design basic training programs; special workouts to increase strength, endurance, and power; schedules and worksheets to develop individual goals; and specifics on preparing for all kinds of races’with an emphasis on the 10K and the marathon. Informed by their over thirty years of coaching experience, the Glovers give winning tips on alternative training, footwear and diet, as well as sensible advice on balancing running with work and home life.” (Syndetics summary)

The Girl who Climbed Everest / Bonita Norris.
“What drives us to go to our limits and beyond? What does it take to make dreams come true over all else? And how can you turn fear into courage? From Everest to K2, The Girl Who Climbed Everest is the story of Bonita Norris’ journey undertaking the world’s toughest and most dangerous expeditions. Once an anxious teenager with an eating disorder it was the discovery of a passion for climbing that inspired Bonita to change her life. An indispensable and important book for anyone who has ever doubted their potential or put limits on themselves – whatever challenge you face or ambitions you want to achieve, The Girl Who Climbed Everest will inspire you to take action and live life more fearlessly.” (Syndetics summary) 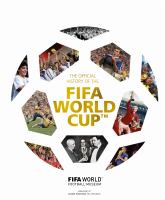 North : Finding my way while running the Appalachian Trail / Scott Jurek with Jenny Jurek.
“From the author of the bestseller Eat and Run, a thrilling new memoir about his grueling, exhilarating, and immensely inspiring 46-day run to break the speed record for the Appalachian Trail. With his wife, Jenny, friends, and the kindness of strangers supporting him, Jurek ran, hiked, and stumbled his way north, one white blaze at a time. A stunning narrative of perseverance and personal transformation, North is a portrait of a man stripped bare on the most demanding and transcendent effort of his life. It will inspire runners and non-runners alike to keep striving for their personal best.” (Syndetics summary)