From the construction of the Sydney Opera House to the Tiananmen Square protests to the forgotten language of childhood, this month’s new eBook fiction from Overdrive will help you see the past through fresh eyes. Included are the Booker-longlisted Everything Under by Daisy Johnson and National Book Award finalist The Friend by Sigrid Nunez. Nunez’s work has been described as “a beautiful book crammed with a world of insight into death, grief, art and love.” Enjoy! 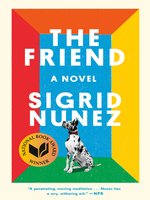 The Friend, by Sigrid Nunez
“When a woman unexpectedly loses her lifelong best friend and mentor, she finds herself burdened with the unwanted dog he has left behind. Her own battle against grief is intensified by the mute suffering of the dog, a huge Great Dane. But while troubles abound, rich and surprising rewards lie in store for both of them.” (Adapted from the Overdrive description.) 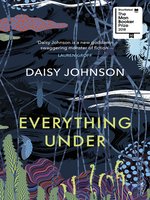 Everything Under, by Daisy Johnson
“Words are important to Gretel. As a child she lived on a canal boat with her mother, and together they invented a language that was just their own. She hasn’t seen her mother since the age of sixteen though, and those memories have faded. Now Gretel works as a lexicographer, updating dictionary entries, which suits her solitary nature. But then a phone call interrupts Gretel’s isolation and throws up questions from long ago.” (Adapted from the Overdrive description.) 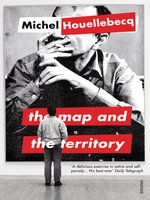 The Map and the Territory, by Michel Houellebecq
“Artist Jed Martin emerges from a ten-year hiatus with good news. It has nothing to do with his broken boiler, the approach of another lamentably awkward Christmas dinner with his father or the memory of his doomed love affair with the beautiful Olga. It is that, for his new exhibition, he has secured the involvement of none other than celebrated novelist Michel Houellebecq!” (Adapted from the Overdrive description.) 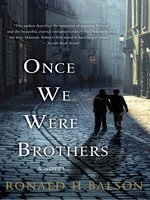 Once We Were Brothers–A Novel, by Ronald H. Balson
“Elliot Rosenzweig, a respected civic leader and wealthy philanthropist, is attending a fundraiser when he is suddenly accused of being a former Nazi SS officer. Although the charges are denounced as preposterous, his accuser is convinced he is right and engages attorney Catherine Lockhart to bring Rosenzweig to justice. Two lives, two worlds, and sixty years converge in an explosive race to redemption.” (Adapted from the Overdrive description.) 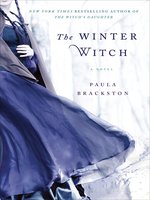 The Winter Witch, by Paula Brackston
“In her small Welsh town, there is no one quite like Morgana. She is small and quick and pretty enough to attract a suitor, but there are things that set her apart from other girls. Though her mind is sharp she has not spoken since she was a young girl. Her silence is a mystery, as well as her magic—the household objects that seem to move at her command, the bad luck that visits those who do her ill. But Morgana must learn to harness her power, or she will lose everything.” (Adapted from the Overdrive description.) 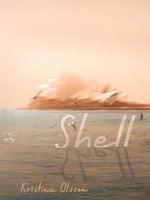 Shell, by Kristina Olsson
“In 1965 as Danish architect Jørn Utzon’s striking vision for the Sydney Opera House unleashes a storm of controversy, the shadow of the Vietnam War threatens to tear the country apart. Journalist Pearl Keogh, exiled to the women’s pages after being photographed at an anti-war protest, is desperate to find her two missing brothers. Axel Lindquist, a visionary young glass artist, is obsessed with creating a work that will do justice to Utzon’s towering masterpiece.” (Adapted from the Overdrive description.) 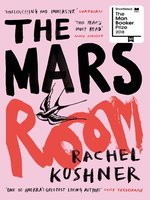 The Mars Room, by Rachel Kushner
“Romy Hall is at the start of two consecutive life sentences at Stanville Women’s Correctional Facility. Outside is the world from which she has been permanently severed: the San Francisco of her youth, changed almost beyond recognition. Inside is a new reality to adapt to: thousands of women hustling for the bare essentials. Romy sees the future stretch out ahead of her in a long, unwavering line – until news from outside brings a ferocious urgency to her existence.” (Adapted from the Overdrive description.) 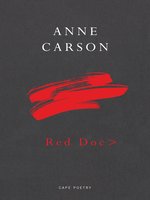 Red Doc>, by Anne Carson
“In a stunningly original mix of poetry, drama, and narrative, Anne Carson brings the red-winged Geryon from Autobiography of Red into manhood. We join him as he travels with his friend and lover ‘Sad’ (short for Sad But Great), a war veteran, and Ida, an artist. Haunted by Proust, juxtaposing the hunger for flight with the longing for family and home, this deeply powerful picaresque verse invites readers on an extraordinary journey of the soul.” (Adapted from the Overdrive description.) 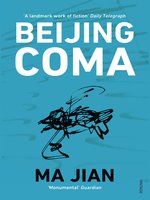 Beijing Coma, by Ma Jian
“Dai Wei lies in his bedroom, a prisoner in his body, after he was shot in the head at the Tiananmen Square protest ten years earlier. As his mother tends to him, and his friends bring news of their lives in an almost unrecognisable China, Dai Wei escapes into his memories. As the minute-by-minute chronicling of the lead-up to his shooting becomes ever more intense, the reader is caught in a gripping emotional journey.” (Adapted from the Overdrive description.)