The titles in this month’s blog introduce new perspectives to the Overdrive collection: there’s a colour-dominated world in The Colour of Bee Larkham’s Murder, a universe of numbers in The Kiss Quotient and, in Lilith Saintcrow’s Afterwar, American politics are seen through the aftermath of a second civil war. So get started here, or visit Overdrive to check out what else is on offer! 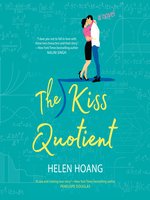 The Kiss Quotient, by Helen Hoang
“Stella Lane comes up with algorithms to predict customer purchases—a job that has given her more money than she knows what to do with as well as way less experience in the dating department than the average thirty-year-old. It doesn’t help that she has Asperger’s. She decides that she needs practice—which is why she hires escort Michael Phan…” (Adapted from the Overdrive description.) 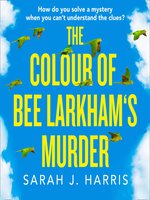 The Colour of Bee Larkham’s Murder, by Sarah J. Harris
“There are three things you need to know about Jasper. 1. He sees the world completely differently. 2. He can’t recognise faces – not even his own. 3. He is the only witness to the murder of his neighbour, Bee Larkham. But it’s hard to catch a murderer when you can’t recognise their face…” (Overdrive description) 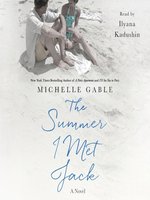 The Summer I Met Jack, by Michelle Gable
“In this scintillating audiobook, listeners are asked to imagine the affair between John F. Kennedy and Alicia Corning Clark – and the child they may have had. The Summer I Met Jack is based on the fascinating real life of Alicia Corning Clark, a woman who J. Edgar Hoover insisted was paid by the Kennedys to keep quiet, not only about her romance with Jack Kennedy, but also a baby they may have had together.” (Adapted from the Overdrive description.) 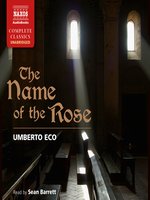 The Name of the Rose, by Umberto Eco
“The Name of the Rose is a thrilling story enriched with period detail and laced with tongue-in-cheek allusions to fictional characters, the most striking of which is the Franciscan friar William of Baskerville. Brother William tries to discover why people are dying inexplicably and nastily in the monastery. There is something not altogether right within the library…” (Adapted from the Overdrive description.) 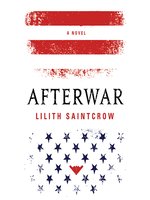 Afterwar, by Lilith Saintcrow
“America has been devastated by a second civil war. The people have spent years divided, fighting their fellow patriots. Now, as the regime crumbles and the bloody conflict draws to a close, the work of rebuilding begins. One lonely crew, bonded under fire in the darkest days of battle, must complete one last mission: to secure a war criminal whose secrets could destroy the fragile peace that has just begun to form.” (Adapted from the Overdrive description.) 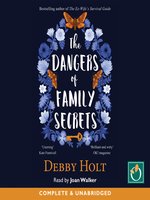 The Dangers of Family Secrets, by Debby Holt
“Freya is a genealogist, but has never paid as much attention to her own family. When her marriage starts to collapse and her grown-up daughters seem more distant than ever, Freya’s reckless abandon startles everyone, and long-hidden secrets begin to emerge…” (Overdrive description.) 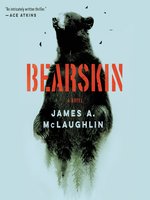 Bearskin, by James A. McLaughlin
“Rice Moore is just beginning to think his troubles are behind him. He’s found a job protecting a remote forest preserve in Virginian Appalachia—perfect to hide away from the Mexican drug cartels he betrayed back in Arizona. But when Rice finds the carcass of a bear killed on the grounds, the quiet solitude he’s so desperately sought is suddenly at risk.” (Adapted from the Overdrive description.) 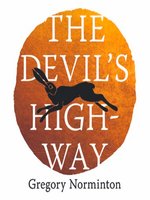 The Devil’s Highway, by Gregory Norminton
“An ancient British boy, discovering a terrorist plot, must choose between his brother and his tribe. In the twenty-first century, two men – one damaged by war, another by divorce – clash over their differing claims on the land, and a young girl is caught between them. In the distant future, a gang of feral children struggles to reach safety in a burning world. Three journeys. Three thousand years.” (Adapted from the Overdrive description.) 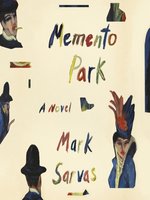 Memento Park, by Mark Sarvas
“After receiving an unexpected call from the Australian consulate, Matt Santos becomes aware of a painting that he believes was looted from his family in Hungary during the Second World War. To recover the painting, he must repair his relationship with his harshly judgmental father, uncover his family history and restore his connection to his own Judaism.” (Adapted from the Overdrive description.)