Some great and memorable things have come out of Australia: Thylacoleo carnifex, the giant marsupial lion; not one but three national Frisbee teams; the world’s oldest fossil (at 3.4 billion years old!). And this month Overdrive is adding to the list with fantastic new Australian fiction, including work from emerging authors such as Jay Carmichael and Robbie Arnott. So once you’re done wondering about the platypus (how does a mammal lay an egg?!) sign up to Overdrive and have a read! 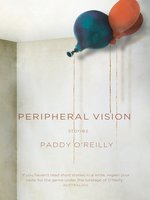 Peripheral Vision, by Paddy O’Reilly
“A teenager on the tram meets an old man claiming to be Jesus Christ. Six young women band together on a night prowl. A Filipino immigrant clashes with his eldest sister, who has brought him to Australia for a better life. And in a future where dogs have risen up against their owners, a mother is alarmed by her adolescent daughter’s behavior. Through such diverse characters, Paddy O’Reilly takes us into the fringes of human nature.” (Adapted from the Overdrive description.) 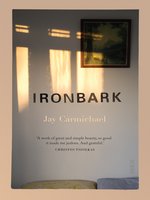 Ironbark, by Jay Carmichael
“Markus Bello’s life has stalled. Living in a small country town, mourning the death of his best friend, Grayson, Markus is isolated and adrift. As time passes, and life continues around him, Markus must try to face his grief, and come to terms with what is left. Through his protagonist, Markus, author Jay Carmichael depicts the conflict and confusion of life as a gay man in rural Australia.” (Adapted from the Overdrive description.) 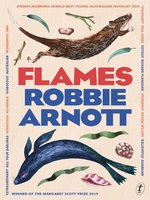 Flames, by Robbie Arnott
“A young man named Levi McAllister decides to build a coffin for his twenty-three-year-old sister, Charlotte—who promptly runs for her life. A water rat swims upriver in quest of the cloud god. A fisherman named Karl hunts for tuna in partnership with a seal. And a father takes form from fire. The answers to these riddles are to be found in this tale of grief and love and the bonds of family, tracing a journey across the southern island that takes us full circle.” (Adapted from the Overdrive description.) 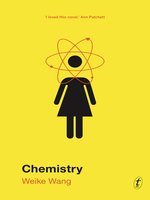 Chemistry, by Weike Wang
“Our unnamed narrator is three years into her post-grad studies in chemistry and nearly as long into her relationship with her devoted boyfriend, who has just proposed. But while his path forward seems straight, hers is ‘like a gas particle moving around in space’. Eventually, the pressure mounts so high that she must leave everything she thought she knew about her future, and herself, behind.” (Adapted from the Overdrive description.) 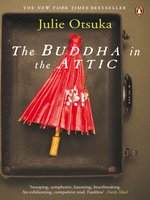 The Buddha in the Attic, by Julie Otsuka
“Between the first and second world wars a group of young, non-English-speaking Japanese women travelled by boat to America. They were picture brides, clutching photos of husbands-to-be whom they had yet to meet. Julie Otsuka tells their extraordinary, heartbreaking story in this spellbinding and poetic account of strangers lost and alone in a new and deeply foreign land.” (Adapted from the Overdrive description.) 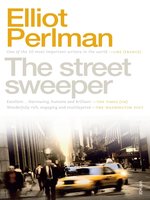 The Street Sweeper, by Elliot Perlman
“Recently released from prison, Lamont Williams, an African American probationary janitor, strikes up an unlikely friendship with an elderly patient. A few kilometres uptown, Australian historian Adam Zignelik, an untenured Columbia professor, finds both his career and his long-term romantic relationship falling apart. As these two men try to survive in early twenty-first-century New York, history comes to life in ways neither of them could have foreseen.” (Adapted from the Overdrive description.) 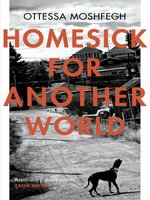 Homesick For Another World, by Ottessa Moshfegh
“There’s something eerily unsettling about Ottessa Moshfegh’s stories, something almost dangerous while also being delightful – and often even weirdly hilarious. Her characters are all unsteady on their feet; all yearning for connection and betterment, in very different ways, but each of them seems destined to be tripped up by their own baser impulses.” (Adapted from the Overdrive description.) 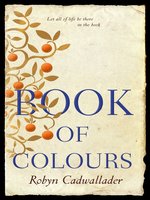 Book of Colours, by Robyn Cadwallader
“London, 1321: in a small shop in Paternoster Row, three people are drawn together around the creation of a magnificent book, an illuminated manuscript of prayers, a book of hours. Even though the commission seems to answer the aspirations of each one of them, their own desires and ambitions threaten its completion. As each struggles to see the book come into being, it will change everything they have understood about their place in the world.” (Adapted from the Overdrive description.) 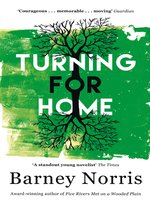 Turning for Home, by Barney Norris
“Every year, Robert’s family come together at a rambling old house to celebrate his birthday – it has been a milestone in their lives for decades. But this year Robert doesn’t want to be reminded of what has happened since they last met – and neither, for quite different reasons, does his granddaughter Kate. But for both Robert and Kate, it may become the most important gathering of all.” (Adapted from the Overdrive description.)