Our latest selection features books, writers and publishing. Chris MacLean tells the story of making books in New Zealand from writing to publishing, and Helen Bones ponders the idea of writers from the late nineteenth and early twentieth century having to leave New Zealand to find inspiration and success. There are also some new works of poetry from Anna Jackson and Chris Tse. From the history of a family to a history of William Colenso, there is always something in the New Zealand collection to catch your eye. 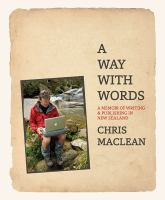 A way with words : a memoir of writing & publishing in New Zealand / Chris Maclean.
“From an early age, author and publisher Chris Maclean was told he had a way with words. This talent, which protected him from school bullies and made him a proficient debater, later became the focus of his professional life. A Way with Words tells the stories behind those volumes, all of which had challenges and rewards as various as their subjects. In candid, accessible style, and through a fascinating range of illustrations, Maclean describes the stages of book creation, from the first germ of an idea to writing, design, printing and distribution. A Way with Words is a celebration of a very New Zealand approach to writing and publishing.” (Adapted from Syndetics summary)

The expatriate myth : New Zealand writers and the colonial world / Helen Bones.
“Many New Zealand writers in the late nineteenth and early twentieth century travelled extensively or lived overseas for a time, and they often led very interesting lives. The received wisdom is that they were forced to leave these colonial backblocks in search of literary inspiration and publishing opportunities. In The Expatriate Myth, Helen Bones presents a challenge to this conventional understanding, based on detailed historical and empirical research. Most who left New Zealand, even if they were away for a time, continued to write about and interact with their homeland, and in many cases came back. In this fascinating and clear-sighted book, Helen Bones offers a fresh perspective on some hoary New Zealand literary chestnuts.” (Adapted from Syndetics summary) 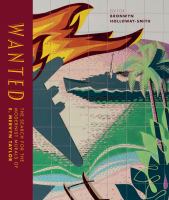 Wanted : the search for the modernist murals of E. Mervyn Taylor / edited by Bronwyn Holloway-Smith.
“Mervyn Taylor – wood engraver, painter, illustrator, sculptor and designer – was one of the most celebrated New Zealand artists of the 1930s to 1960s. He was highly connected to modernism and nationalism as it was expressed in the New Zealand art and literature of the period. Between 1956 and 1964 he created twelve murals for major new government and civic buildings erected in that era of great economic prosperity. Tragically, some have been destroyed and others presumed lost – until now. This fascinating and beautiful book, bursting with archival material, details the detective hunt for the murals and tells the stories of their creation. They cement Taylor’s place as one of New Zealand’s most significant artists, and are a celebration of the art and culture of our modernist era.” (Adapted from publisher’s website)

Dear Oliver : uncovering a Pākehā history / Peter Wells.
“When writer and historian Peter Wells found a cache of family letters amongst his elderly mother’s effects, he realised that he had the means of retracing the history of a not-untypical family swept out to New Zealand during the great nineteenth-century human diaspora from Britain. His family experienced the war against Te Kooti, the Boer War, the Napier earthquake of 1931 and the Depression. They rose from servant status to the comforts of the middle class. There was army desertion, suicide, adultery, AIDS, secrets and lies. There was also success, prosperity and social status. In digging deep into their stories, examining letters from the past and writing a letter to the future, Peter Wells constructs a novel and striking way to view the history of Pakeha New Zealanders.” (Adapted from Syndetics summary) 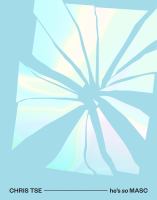 he’s so MASC / Chris Tse.
“In How to be Dead in a Year of Snakes, Chris Tse took readers back to a shocking 1905 murder. Now he brings the reader much closer to home. He’s So MASC confronts a contemporary world of self-loathing poets and compulsive liars, of youth and sexual identity, and of the author as character–pop star, actor, hitman, and much more. These are poems that delve into worlds of hyper-masculine romanticism and dancing alone in night clubs. With it’s many modes and influences, He’s So MASC is an acerbic, acid-bright, yet unapologetically sentimental and personal reflection on what it means to perform and dissect identity, as a poet and a person.” (Back cover)

Pasture and flock : new & selected poems / Anna Jackson.
“Poets know words, know routes, know ghosts. Uneasy nights out with dead Russian poets, dalliances with German gasfitters and emotionally fraught games of badminton are brought together for the first time, along with a brand new body of work, in this time-spanning selection of Anna Jackson’s poetry. Local gothic, suburban pastoral and answerings-back to literary icons are all enhanced by Jackson’s light hand and sly humour. Pastoral yet gritty, intellectual and witty, sweet but with stings in their tails, the poems and sequences collected in Pasture and Flock are essential reading for both long term and new admirers of Jackson¿s slanted approach to lyric poetry.” (Adapted from Syndetics summary)

Mr Colenso’s Wairarapa : twelve journeys: 1843-1852 / Ian St George.
“William Colenso was a Victorian polymath: New Zealand’s first significant printer, liberal theologian, inspired educationalist, perceptive botanist, politician, explorer over much of the North Island: a man whose contributions to New Zealand history are amply recorded in the output from his press, his published scientific work, his own surviving publications, his many letters (including those to the editors of newspapers) and his journals and diaries. As the first missionary in Hawke’s Bay, 1843-1852, Colenso’s ‘parish’ extended west to Taupo and south to include the Wairarapa-Bush and this book records, from his own journals, his journeys on foot through the region.” (Adapted from Syndetics summary) 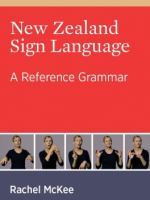 New Zealand sign language : a reference grammar / Rachel McKee.
“One of the country’s three official languages, New Zealand Sign Language evolved in the communities that grew from networks of Deaf children at three schools for the Deaf from the late nineteenth century. The Dictionary of New Zealand Sign Language (1997) – now an invaluable online resource at nzsl.vuw.ac.nz – and the Concise Dictionary of New Zealand Sign Language (BWB, 2003) were landmarks in documenting the language. Today, NZSL forms part of the curriculum in intermediate schools, and New Zealanders are increasingly familiar with the language. Drawing on her experience of both teaching and researching NZSL, Rachel McKee has developed A Reference Grammar to support all those who are learning NZSL – students, families and friends of Deaf people, school teachers, public officials.” (Adapted from Syndetics summary)