These great new books are filled with wonder, imagination, and a wild, magical spirit that will thrill young and old alike. 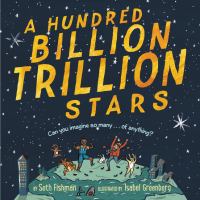 A hundred billion trillion stars / by Seth Fishman ; illustrated by Isabel Greenberg.
Did you know there are 37 billion rabbits in the world or that the moon is two hundred and forty thousand miles away? There are numbers galore in this fascinating book about numbers and the world all around us. 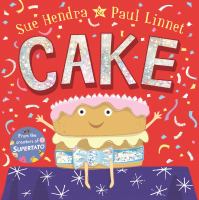 Cake [hardback]
“Cake has been invited to a party. He’s very excited! He’s never been to a birthday party before. And he doesn’t know what to expect. But as the candles on his party hat begin to burn and the other party guests start to sing, Cake starts to think that this is one party he’d rather not be at…” (Syndetics summary) 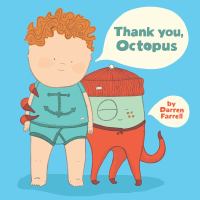 Thank you, Octopus / Darren Farrell.
How would a tricky octopus put you to bed? with a lot of word play and egg salad!  This very simple picture books will amuse and delight everyone. 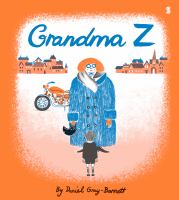 Grandma Z [hardback]
“On an ordinary day, in an even more ordinary town, it was Albert’s birthday. When Grandma Z roars into town on her motorcycle, Albert is swept up in a very extraordinary adventure.” (Syndetics summary) 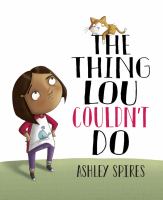 The thing Lou couldn’t do / written and illustrated by Ashley Spires.
“‘Lou and her friends are BRAVE adventurers. They run FASTER than airplanes. They build MIGHTY fortresses. They rescue WILD animals.’ But one day, when they’re looking for a ship to play pirates in, Lou’s friend has an idea: ?Up there! The tree can be our ship!? ?Ummm …’ says Lou. This is something new. Lou has never climbed a tree before, and she’s sure she can’t do it. So she tries to convince her friends to play a not-up-a-tree game. When that doesn’t work, she comes up with reasons for not joining them — her arm is sore, her cat needs a walk, you shouldn’t climb so soon after eating. Finally, she tells herself she doesn’t want to climb the tree. But is that true, or is this brave adventurer just too afraid to try?” (Syndetics summary) 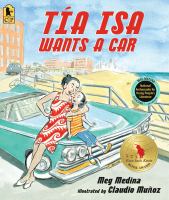 Tìa Isa wants a car / Meg Medina ; illustrated by Claudio Muñoz.
“Isa wants a car. A shiny green car the same color as the ocean, with wings like a swooping bird. A car to take the whole family to the beach. But saving is hard when everything goes into two piles – one for here and one for Helping Money, so that family members who live far away might join them someday. While Isa saves, her niece does odd jobs for neighbors so she can add her earnings to the stack. But even with her help, will they ever have enough? Meg Medina’s simple, genuine story about keeping in mind those who are far away is written in lovely, lyrical prose and brought to life through Claudio Munoz’s charming characters.” (Syndetics summary)