This time we’ve highlighted a great selection of books about space travel, along with the very popular “How to Build a Car” and “Girls auto clinic glove box guide“.

Picturing the Cosmos: A Visual History of Early Soviet Space Endeavor.
“Space is the ultimate canvas for the imagination, and in the 1950s and ’60s, as part of the space race with the United States, the solar system was the blank page upon which the Soviet Union etched a narrative of exploration and conquest. …The USSR mapped and named the cosmos, using new media to stake a claim to this new territory and incorporating it into the daily lives of its citizens…” (adapted from Syndetics summary) 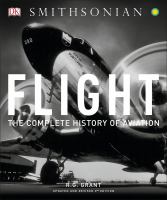 Flight : the complete history of aviation / R. G. Grant.
“Over 100 years ago, the Wright brothers flew in a shaky plane for the first time. Today, pilots can fly faster than the speed of sound, creating a sonic boom. Filled with thousands of full-color photographs and fact-filled profiles on 300 aircrafts, Flight follows the history of mankind taking to the skies…” (Syndetics summary) 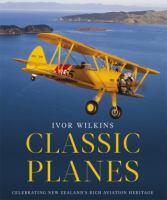 Classic planes : celebrating New Zealand’s rich aviation heritage / Ivor Wilkins.
“With eloquence and colour, bestselling author Ivor Wilkins itraces the story of planes in New Zealand, beginning with the exploits of Richard Pearse and shining a light on other local pioneers, Jean Batten and Tim Wallis among them. He also examines the machines from bygone eras, celebrating those who lovingly restore planes in the modern day, and revels in our ongoing love affair with winged wonders. …breathtaking new photography is complemented by archival imagery, revealing a truly special and important celebration of planes and people. As the author notes in his preface- ‘love is in the air’…” (adapted from Syndetics summary) 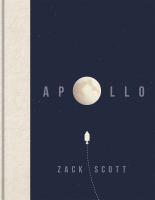 Apollo / Zack Scott.
“…The Apollo Program ran from 1961 until 1972, and marks one of the greatest accomplishments in all of human endeavour – man walking on the moon. On 20th July 1969, Neil Armstrong and Buzz Aldrin achieved this most remarkable feat, becoming the first humans to visit another celestial body. Apollo is an extraordinary visual history of the story of this iconic space programme, based on recently released NASA data about the various missions of that name. Using beautifully designed infographics, Apollo takes us through all the astonishing facts and figures, as well as some quirky little-known details, and gives us a detailed and elegant history of the seventeen missions which saw twelve humans step on the surface of the moon. Apollo gives us an insight into the incredible individuals who made that journey.” (adapted from Syndetics summary)

Endurance : a year in space, a lifetime of discovery / Scott Kelly with Margaret Lazarus Dean.
“A stunning, personal memoir from the astronaut and modern-day hero who spent a record-breaking year aboard the International Space Station–a candid account of his remarkable voyage, of the journeys that preceded it, and of his colorful and inspirational formative years. The veteran of four spaceflights and the American record holder for consecutive days spent in space, Scott Kelly has experienced things very few have. Now, he takes us inside a sphere utterly hostile to human life…” (adapted from Syndetics summary) 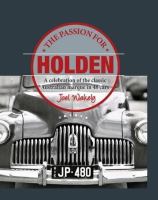 The passion for Holden : a celebration of the classic Australian marque in 48 cars / Joel Wakely.
“Joel Wakely has worked with and raced with Holden cars almost his entire life, owning several significant and some very rare models. He knows Holdens like he knows the back of his hand, and he knows many other passionate Holden lovers like himself. Following his success with his book Legends of the 48-215 – an in-depth racing history of very first Holden model – and to mark the manufacture in Australia of the very last Holdens in 2017, he has gathered together dozens of fascinating stories about many of the models Holden have produced since 1948…” (adapted from Syndetics summary)

Ask an astronaut / Tim Peake.
“Based on his historic mission to the International Space Station, Ask an Astronaut is Tim Peake’s guide to life in space, and his answers to the thousands of questions he has been asked since his return to Earth. With explanations ranging from the mundane–how do you wash your clothes or go to the bathroom while in orbit?–to the profound–what’s the point?–all written in Tim’s characteristically warm style, Tim shares his thoughts on every aspect of space exploration… The public was invited to submit questions using the hashtag #askanastronaut, and a selection are answered by Tim in the book, accompanied with illustrations, diagrams, and never-before-seen photos.” (adapted from Syndetics summary) 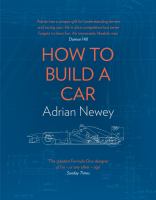 How to build a car / Adrian Newey.
“How to Build a Car explores the story of Adrian’s unrivalled 35-year career in Formula One through the prism of the cars he has designed, the drivers he has worked alongside and the races in which he’s been involved. A true engineering genius, even in adolescence Adrian’s thoughts naturally emerged in shape and form – he began sketching his own car designs at the age of 12 and took a welding course in his school summer holidays. From his early career in IndyCar racing and on to his unparalleled success in Formula One, we learn in comprehensive, engaging and highly entertaining detail how a car actually works…” (adapted from Syndetics summary) 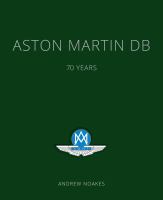 Aston Martin DB : 70 years / Andrew Noakes.
“The name of David Brown is synonymous with the glory days of Aston Martin, when a tiny British sports car company was rescued from near-extinction and turned into a marque that could compete with Ferrari – and win. Stylish design, lavish illustration and meticulously researched text come together in this large-format, 224-page book to create a superb celebration of the 70th anniversary of DB Aston Martins in 2017…” (adapted from Syndetics summary)

Spaceport Earth : the reinvention of spaceflight / Joe Pappalardo.
“Examines the current state and future of the space travel industry, discussing the rise of private companies engaged in commercialized space flight, the building of new spacecraft and rockets, and the development of spaceports.” (Syndetics summary)

Ford in New Zealand : putting the car before the horse / John Stokes.
“The arrival of the car in New Zealand was a game-changer – not only was it much faster and more reliable over long distances than a horse, it was affordable to everyone.” (Cover)