There’s great advice in this month’s new eAudiobook non-fiction from Overdrive. Advice about dating magicians, advice about surviving modern politics and, perhaps most importantly, advice if you’re ever considering renovating an apartment in Paris. Whatever you need help with, Overdrive is the place to go! 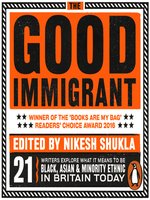 The Good Immigrant, by Nikesh Shukla
“How does it feel to be strip-searched at every airport? Or be told that, as an actress, the part you’re most fitted to play is ‘wife of a terrorist’? How does it feel to have words from your native language used aggressively towards you? Bringing together 21 exciting black, Asian and minority ethnic voices emerging in Britain today, The Good Immigrant explores what it means to be ‘other’ in a country that doesn’t seem to want you.” (Adapted from the Overdrive description.) 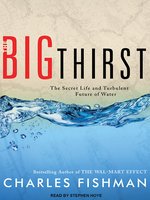 The Big Thirst, by Charles Fishman
“From the New York Times bestselling author of The Wal-Mart Effect comes a fascinating journey into the secret life of water, a book that upends everything we think we know about the most vital substance in our lives.” (Overdrive description.) 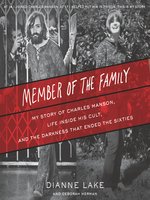 Member of the Family, by Dianne Lake
“In this poignant and disturbing memoir of lost innocence, coercion, survival, and healing, Dianne Lake chronicles her years with Charles Manson, revealing for the first time how she became the youngest member of his Family and offering new insights into one of the twentieth century’s most notorious criminals and life as one of his “girls”.” (Adapted from the Overdrive description.) 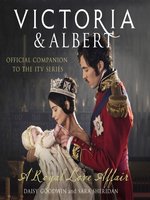 Victoria and Albert–A Royal Love Affair, by Daisy Goodwin
“The second tie-in to ITV drama Victoria unveils the complex, passionate relationship of Victoria and Albert. What happened after the Queen married her handsome prince? Did they live happily ever after, or did their marriage, like so many royal marriages past and present fizzle into a loveless bond of duty? Victoria and Albert were the royal couple that broke the mould.” (Adapted from the Overdrive description.) 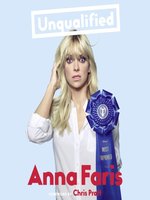 Unqualified, by Anna Faris
“Anna Faris has advice for you. And it’s great advice, because she’s been through it all, and she wants to tell you what she’s learned. Advocate for yourself. Know that there are wonderful people out there and that a great relationship is possible. And, finally, don’t date magicians. Her comic memoir, Unqualified, shares Anna’s candid, sympathetic, and entertaining stories of love lost and won.” (Adapted from the Overdrive description.) 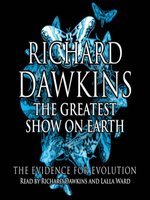 The Greatest Show on Earth, by Richard Dawkins
“In The Greatest Show on Earth Richard Dawkins takes on creationists, including followers of ‘Intelligent Design’ and all those who question the fact of evolution through natural selection. Like a detective arriving on the scene of a crime, he sifts through fascinating layers of scientific facts and disciplines to build a cast-iron case.” (Adapted from the Overdrive description.) 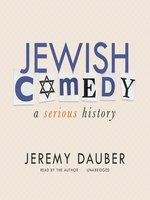 Jewish Comedy, by Jeremy Dauber
“Jeremy Dauber traces the origins of Jewish comedy and its development from Biblical times to the age of Twitter. Organizing his book thematically into what he calls the seven strands of Jewish comedy—including the satirical, the witty, and the vulgar—Dauber explores the ways Jewish comedy has dealt with persecution, assimilation, and diaspora through the ages.” (Adapted from the Overdrive description.) 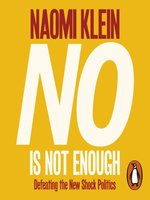 No Is Not Enough, by Naomi Klein
“Naomi Klein – award-winning journalist, bestselling author of No Logo, The Shock Doctrine and This Changes Everything, scourge of brand bullies and corporate liars – gives us the toolkit we need to survive our surreal, shocking age.” (Adapted from the Overdrive description.) 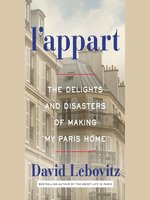 L’Appart, by David Lebovitz
“Bestselling author and world-renowned chef David Lebovitz continues to mine the rich subject of his evolving expat life in Paris, using his perplexing experiences in apartment renovation as a launching point for stories about French culture, food, and what it means to revamp one’s life. Includes dozens of new recipes.” (Adapted from the Overdrive description.)