A new year is the time for new sports, hobbies and activities! So jump into 2018 and let these books inspire you on to greatness. From sailing to skateboarding, hunting to video game development let these titles open your eyes, fuel your fire and help get you out there! 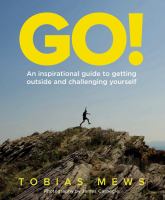 Go! : an inspirational guide to getting outside and challenging yourself / Tobias Mews.
“Whether it’s discovering a new place and a new way to get there, or reaching your nearest summit whilst racing your friend, Mews brings together all the kit, method and ingredients you need to get you out of your comfort zone and into an exhilarating adventure, big or small. Discover the thrill of a new escape, enjoy the pain and gain of completing a challenge and the fun and curiosity of trying something new.” (Adapted Syndetics summary)

Blood, sweat, and pixels : the triumphant, turbulent stories behind how video games are made / Jason Schreier.
“In Blood, Sweat, and Pixels, Schreier takes readers on a fascinating odyssey behind the scenes of video game development.  Documenting the round-the-clock crunches, buggy-eyed burnout, and last-minute saves, this is a journey through development hell, and ultimately a tribute to the dedicated diehards and unsung heroes who scale mountains of obstacles in their quests to create the best games imaginable.” (Syndetics summary) 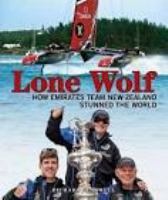 Lone wolf : how Emirates Team New Zealand stunned the world / Richard Gladwell.
“On June 26, 2017, on the turquoise waters of Bermuda’s Great Sound, Peter Burling (26) became the youngest ever helmsman to win the premier trophy in sailing, the America’s Cup. A celebration of the Emirates Team New Zealand’s win, written from an on the water perspective by one of the world’s most influential America’s Cup photo-journalists, Richard Gladwell, who also shot many of the images used in the 200-page book.” (Adapted Syndetics summary) 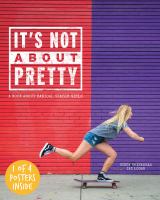 Beaver / with Scotty Stevenson.
“Stephen Donald etched himself into All Blacks folklore with that ‘kick’ in the 2011 Rugby World Cup final at Eden Park. One of the country’s most popular All Blacks, had not originally been wanted for the World Cup squad. He was whitebaiting in the Waikato and effectively off the rugby grid when the SOS went out for his services. The rest, as they say, is history. Now, combining with the hugely talented rugby writer and commentator Scotty ‘Sumo’ Stevenson in a book covering not only Donald’s sporting career but also poke the borax at both himself and his team mates.” (Adpated Syndetics summary)

Hunting New Zealand : parts unknown / Peter Ryan.
“Peter Ryan’s writing and images have been published around the world. Here he pays tribute to the game animals, people and places that have made New Zealand famous as one of the last great hunting adventures. A book for those whose hearts belong in wild places.” (Syndetics summary) 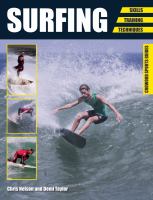 Surfing : skills, training, techniques / Chris Nelson and Demi Taylor.
“Crowood Sports Guides are the perfect tool for anyone wanting to improve their performance, from beginners learning the basic skills to more experienced participants working on advanced techniques. Surfing covers the history of the sport; choosing and maintaining a board; reading the ocean; skills development; advanced techniques; environmental care and surf contests and careers.” (Syndetics summary)

New Zealand rugby country : how the game shaped our nation / Desmond Wood.
“How a small nation at the foot of the globe achieved and maintains its status at the top of an international sport is integral to the story of this country. Rugby permeates our society and its ethos sums up much of what it means to be a New Zealander. Or does it? Des Wood examines these assertions in this thoughtful and well-researched book.” (Syndetics summary)

How cycling can save the world / Peter Walker.How Cycling Can Save the World
“Peter Walker, reporter at the Guardian and curator of its popular bike blog, shows how the future of humanity depends on the bicycle. Meticulously researched and incredibly inspiring, How Cycling Can Save the World delivers on its lofty promise and leads readers to the realization that cycling could not only save the world, but have a lasting and positive impact on their own lives.” (Adapted Syndetics summary)

The greatest : the quest for sporting perfection / Matthew Syed.
“What can Roger Federer teach us about the secret of longevity? What do the All Blacks have in common with improvised jazz musicians? What can cognitive neuroscientists tell us about what happens to the brains of sportspeople when they perform?  How do we become the best that we can be, as individuals, teams and as organisations? Matthew Syed, the ‘Sports Journalist of the Year 2016’, answers these questions and more in a fascinating, wide-ranging and provocative book about the mental game of sport. ” (Adapted Syndetics summary)

View all posts by Jess