Cicero once said that if you have a garden and a library, you have everything you need. And while he probably didn’t expect that library to include eBooks, he’d be happy to know that Robert Harris’ acclaimed ‘Cicero’ trilogy is now a part of it. Joining Harris’ work are a range of other great titles, including Eliza Robertson’s debut novel Demi-Gods and the first in J.Y. Yang’s excellent ‘Tensorate’ series. Enjoy! 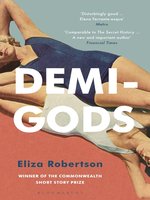 Demi-Gods, by Eliza Robertson
“It is 1950, and Willa’s mother has a new beau. The arrival of his sons at Willa’s summer home signals the end of her safe childhood. Willa is drawn to the solitary Patrick, and as they grow up, their encounters become increasingly charged. But when Willa finally tries to reverse the trajectory, an act of desperation has devastating results.” (Adapted from the Overdrive description.) 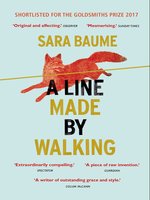 A Line Made by Walking, by Sara Baume
“Struggling to cope with urban life, Frankie, a twenty-something artist, retreats to the rural bungalow on ‘turbine hill’ that has been vacant since her grandmother’s death. Her family come and go, until one day they don’t, and she is left alone to contemplate the path that led her here, and the smell of the carpet that started it all.” (Adapted from the Overdrive description.) 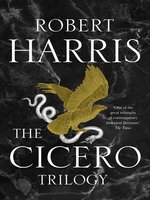 The Cicero Trilogy, by Robert Harris
“An epic trilogy by Robert Harris. Imperium takes us inside the violent, treacherous world of Roman politics, Lustrum is a study in the timeless enticements and horrors of power while Dictator is an intimate portrait of a brilliant, flawed, frequently fearful yet ultimately brave man. An unforgettable collection.” (Adapted from the Overdrive description.) 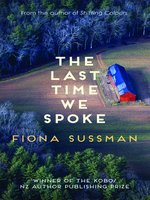 The Last Time We Spoke, by Fiona Sussman
“Carla and Kevin Reid are celebrating their wedding anniversary with their son Jack. On a murderous collision course with this joyous yet fragile gathering is Ben Toroa, an unexpected and unwanted visitor. As Carla struggles to come to terms with the aftermath of the appalling events of the night, their stories will be forever entwined.” (Adapted from the Overdrive description.) 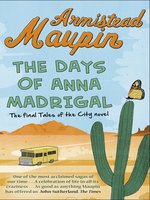 The Days of Anna Madrigal, by Armistead Maupin
“The suspenseful and touching ninth novel in Armistead Maupin’s ‘Tales of the City’ series follows one of modern literature’s most unforgettable characters – Anna Madrigal, the legendary transgender landlady of 28 Barbary Lane – as she embarks on a road trip that will take her deep into her past.” (Adapted from the Overdrive description.) 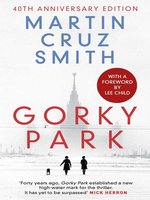 Gorky Park, by Martin Cruz Smith
“A triple murder in Moscow’s famous Gorky Park amusement centre rocks the capital; three corpses found in the snow, so badly mutilated that their identities can’t be verified. Now, to identify the victims and uncover the truth, Chief Investigator Arkady Renko must battle the KGB, FBI and the police – and stay alive doing it.” (Adapted from the Overdrive description.) 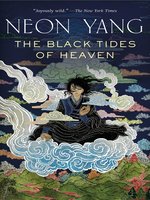 The Black Tides of Heaven, by JY Yang
“A rebellion is growing. The Machinists discover new levers to move the world every day, while the Tensors fight to put them down. Unwilling to continue as a pawn in their mother’s twisted schemes, Akeha leaves the Tensorate behind and falls in with the rebels. But every step Akeha takes is a step away from his twin Mokoya. Can Akeha find peace without shattering their bond?” (Adapted from the Overdrive description.) 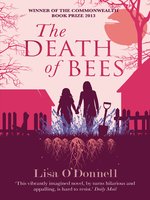 The Death of Bees, by Lisa O’Donnell
“Marnie and her sister Nelly have always been different. Marnie leads a life of smoking, drinking and drugs; Nelly enjoys eating cornflakes with Coke and reading Harry Potter. But when Lennie, the old guy next door, starts to get suspicious, it’s only a matter of time before their terrible secret is discovered.” (Adapted from the Overdrive description.) 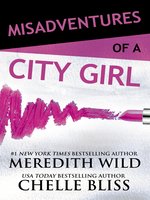 Misadventures of a City Girl, by Meredith Wild
“Fresh off a divorce, Madison Atwood needs an escape, and Avalon Springs is the place. Luke Dawson lives off the grid, but when he finds a beautiful woman soaking in the hot springs on his property, he can’t turn her away. They make no promises, but mother nature has other plans…” (Adapted from the Overdrive description.) 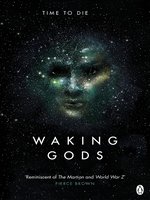 Waking Gods, by Sylvain Neuvel
“An unknown vessel, not of this world, materializes in London. A colossal figure towering over the city, it makes no move. Is this a peaceful first contact or the prelude to an invasion?” (Adapted from the Overdrive description.)