With its sourdough bread, fresh honey and Pu’er tea, this month’s new eBook fiction from Overdrive has a definite culinary theme. Of course food is never just food: it can be a symbol of familial love, culture, or, in Maja Lunde’s The History of Bees, a warning of what’s to come. So head over to the elibrary and join us for this literary feast! 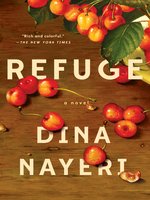 Refuge–A Novel, by Dina Nayeri
“An Iranian girl escapes to America as a child, but her father stays behind. Over twenty years, daughter and father know each other from only four crucial visits. The longer they are apart, the more their lives diverge, but also the more each comes to need the other’s wisdom and, ultimately, rescue.” (Adapted from the Overdrive description.) 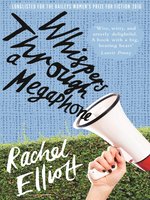 Whispers Through a Megaphone, by Rachel Elliott
“Miriam hasn’t left her house in three years, and cannot raise her voice above a whisper. But today she has had enough, and is finally ready to rejoin the outside world. Filled with wit and sparkling prose, Whispers Through a Megaphone explores our attempts to meaningfully connect with ourselves and others, in an often deafening world.” (Adapted from the Overdrive description.) 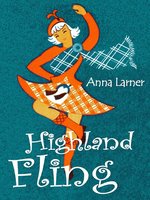 Highland Fling, by Anna Larner
“Eve Eddison describes her ideal woman to her best friend, Roxanne, over pints in their local pub a few days before she travels to the Scottish Highlands. There she falls head over heels for an enigmatic local, Moira Burns, and the usually reticent Eve wants more than a holiday romance.” (Adapted from the Overdrive description.) 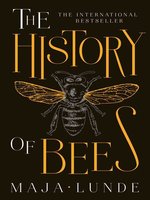 The History of Bees, by Maja Lunde
“England, 1852. William is a biologist and seed merchant who sets out to build a new type of beehive. United States, 2007. George is a beekeeper and fights an uphill battle against modern farming. China, 2098. Tao hand paints pollen onto the fruit trees now that the bees have disappeared. The History of Bees joins three different narratives into one gripping and thought provoking story.” (Adapted from the Overdrive description.) 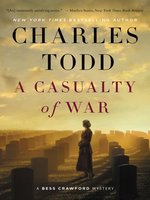 A Casualty of War, by Charles Todd
“Though the Great War is nearing its end, the fighting rages on. While waiting for transport to her post, Bess Crawford meets Captain Alan Travis from Barbados. Later, when he’s brought to her disoriented from a head wound, Bess is alarmed that he believes his cousin, Lieutenant James Travis, shot him. Bess’s quest for the truth will bring her face-to-face with the wounds of war that not even peace can heal.” (Adapted from the Overdrive description.) 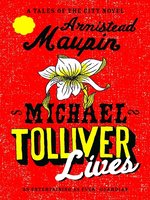 Michael Tolliver Lives, by Armistead Maupin
“Michael Tolliver, the sweet-spirited Southerner in Armistead Maupin’s classic Tales of the City series, is arguably the most beloved gay character in fiction. Now, almost twenty years after ending his groundbreaking saga of San Francisco life, Maupin revisits his all-too-human hero, letting the 55-year-old gardener tell his story in his own voice.” (Adapted from the Overdrive description.) 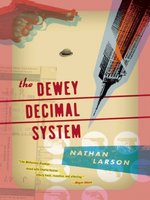 The Dewey Decimal System, by Nathan Larson
“After a flu pandemic, a terrorist attack and the collapse of Wall Street, New York City is a shadow of its former self. As the city struggles to dig itself out of the wreckage, a nameless, obsessive-compulsive veteran has taken up residence at the New York Public Library. Dubbed “Dewey Decimal”, he must face the darkness of his past and the question of his buried identity.” (Adapted from the Overdrive description.) 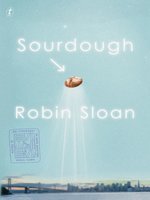 Sourdough, by Robin Sloan
“Lois Clary, an engineer at a San Francisco robotics company, codes all day. When her favourite sandwich shop closes up, the owners leave her with the starter for their mouth-watering bread. Soon she is baking loaves daily and taking them to the farmer’s market, where a close-knit club runs the show. But when Lois discovers another, more secret market, aiming to fuse food and technology, a whole other world opens up. But who are these people, exactly?” (Adapted from the Overdrive description.) 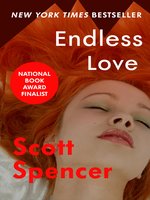 Endless Love, by Scott Spencer
“Seventeen-year-old David Axelrod is consumed with his love for Jade Butterfield. So when Jade’s father exiles him from their home, David does the only thing he thinks is rational: he burns down their house. Sentenced to a psychiatric institution, David’s obsession metastasizes, and upon his release, he sets out to win the Butterfields back by any means necessary.” (Adapted from the Overdrive description.) 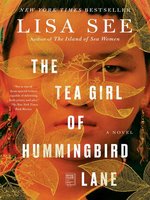 The Tea Girl of Hummingbird Lane, by Lisa See
“Li-yan and her family align their lives around the seasons and the farming of tea. There is ritual and routine, and it has been ever thus for generations. Then one day a jeep appears at the village gate—the first automobile any of them have seen—and their world will soon change forever.” (Adapted from the Overdrive description.)