Each winter, Icelanders brace themselves for the jólabókaflóð, or ‘Christmas Book Flood’. Christmas day is spent not at the bach or beach, but tucked up in bed with a pile of new novels. And while it’s still a few months until Christmas, why not embrace the jólabókaflóð tradition and keep out the darkness with a great new range of ebooks from Overdrive? As they say in Reykjavik, “On with the butter!” 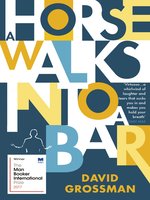 A Horse Walks into a Bar, by David Grossman
“Winner of the Man Book Prize 2017. The setting is a comedy club in a small Israeli town. An audience that has come expecting an evening of amusement instead sees a comedian falling apart on stage. Dovaleh G, a veteran stand-up comic – charming, erratic, repellent – exposes a wound he has been living with for years: a fateful and gruesome choice he had to make between the two people who were dearest to him.” (Adapted from the Overdrive description.) 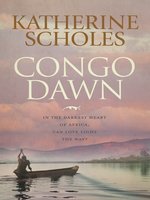 Congo Dawn, by Katherine Scholes
“Melbourne secretary Anna Emerson’s life is turned upside down when a stranger hands her a plane ticket to the Congo. The newly independent country is in turmoil, Simba rebels are on the move – but the invitation holds a precious clue to the whereabouts of her estranged father. Inspired by real events, Congo Dawn combines epic drama with an intimate journey into the heart of a fractured family.” (Adapted from the Overdrive description.) 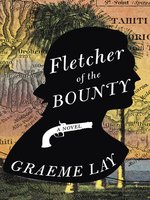 Fletcher of the Bounty, by Graeme Lay
“On 28 April 1789 Fletcher and his followers take control of HMAV Bounty. What follows is a story brimming with conflict as Fletcher, his fellow-mutineers and their Tahitian women attempt to build a new society on remote Pitcairn Island. But their attempts are doomed, as envy, lust and racism destroy the Utopia that Fletcher and Isabella dreamed of. This is historical fiction at its finest.” (Adapted from the Overdrive description.) 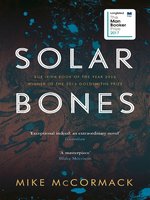 Solar Bones, by Mike McCormack
“Marcus Conway has come a long way to stand in the kitchen of his home and remember the rhythms and routines of his life. Deconstructing with his engineer’s mind how things are built to consider them better: bridges, banking systems and marriages. In one of the first great Irish novels of the 21st century, Mike McCormack captures a whole life, suspended in a single hour.” (Adapted from the Overdrive description.) 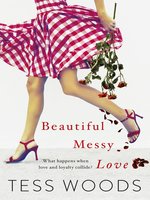 Beautiful Messy Love, by Tess Woods
“When football star Nick Harding hobbles into the Black Salt Cafe the morning after the night before, he is served by Anna, a waitress with haunted-looking eyes and no interest in footballers, famous or otherwise. Nick is instantly drawn to this exotic, intelligent girl. But a relationship between them risks shame for her conservative refugee family and backlash for Nick that could ruin his career.” (Adapted from the Overdrive description.) 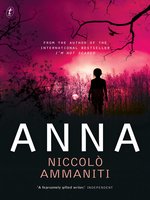 Anna, by Niccolo Ammaniti
“It is some years since a virus killed all the adults. Brave, stubborn thirteen-year-old Anna looks after her brother Astor in the cottage where their mother’s skeleton rests, lovingly decorated, in a locked bedroom. But then Astor starts to question Anna’s version of the world—and suddenly, everything will change.” (Adapted from the Overdrive description.) 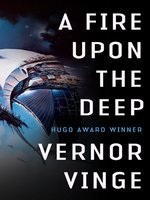 A Fire Upon the Deep, by Vernor Vinge
“A Hugo award-winning Novel. Fleeing a galactic threat, Ravna crash-lands on a strange world with a ship-hold full of cryogenically frozen children. They are quickly taken captive by the Tines, a dog-like race of aliens with a harsh medieval culture. Will anyone come to save them, or will Ravna be caught in the power struggle to come?” (Adapted from the Overdrive description.) 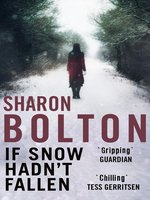 If Snow Hadn’t Fallen, by Sharon Bolton
“They say that snow covers everything that is mean and sordid and ugly in the world…but beneath the carpet of white, the ugliness remains. 11 November 2012, London. Long-smouldering feelings come to a head in a burst of shocking violence. A young Muslim man is brutally murdered by a masked gang. There is just one witness to the horrific crime: DC Lacey Flint. Or at least that’s what she thinks…” (Adapted from the Overdrive description.) 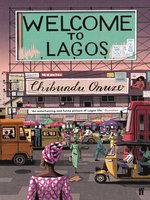 Welcome to Lagos, by Chibundu Onuzo
“When army officer Chike Ameobi is ordered to kill innocent civilians, he knows that it is time to leave. As he travels towards Lagos, he becomes the leader of a new platoon, a band of runaways who share his desire for a better life. After an unexpected political encounter, Chike and his companions must make a choice. But perhaps the situation is more complex than it appears.” (Adapted from the Overdrive description.) 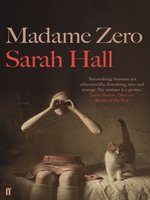