There’s nothing like a secret to get you reading, and this month’s selection of eAudiobook non-fiction from Overdrive has a heap of them. What goes on in the universe? What goes on in North Korea? What went on in the brain of a deceased American footballer (and the corporation they worked for)? All these mysteries – and more! – will be revealed. Just sign in to Overdrive and prepare to never see the world in the same way again… 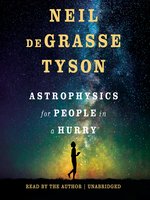 Astrophysics for People in a Hurry, by Neil DeGrasse Tyson
“What is the nature of space and time? How do we fit within the universe? How does the universe fit within us? There’s no better guide through these questions than acclaimed astrophysicist Neil deGrasse Tyson. But today, few of us have time to contemplate the cosmos. So Tyson brings the universe down to Earth succinctly and clearly, with sparkling wit, in digestible chapters consumable anytime in your busy day.” (Adapted from the Overdrive description.) 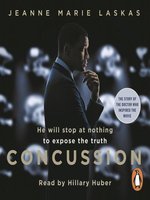 Concussion, by Jeanne Marie Laskas
“Dr Bennet Omalu had no idea that the body of an American footballer would change his life, and ultimately the world. Dr Omalu found that the psychosis suffered by “Iron Mike” Webster was the result of years of blows to the head in games. He knew it would keep killing other sportsmen unless something was done. He believed that the N.F.L., one of the most powerful corporations in America, would welcome the discovery. Instead, Omalu himself became a target.” (Adapted from the Overdrive description.) 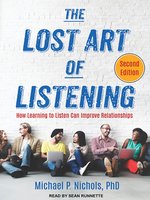 The Lost Art of Listening, by Michael P. Nichols
“In this thoughtful and witty book, experienced therapist Michael P. Nichols, PhD, provides vivid examples, easy-to-learn techniques and practical exercises for becoming a better listener and making yourself heard and understood, even in difficult situations.” (Adapted from the Overdrive description.) 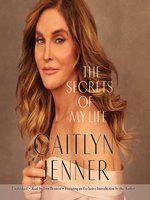 The Secrets of My Life, by Caitlyn Jenner
“In her new memoir, Caitlyn Jenner chronicles her life as Bruce and her brave transition into womanhood. The book covers Caitlyn Jenner’s childhood as Bruce Jenner and rise to fame as a gold-medal-winning Olympic decathlete; her marriages and her relationships with her children; her transition; and her experience as the world’s most famous transgender woman.” (Adapted from the Overdrive description.) 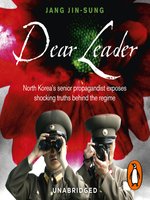 Dear Leader, by Jang Jin-Sung
“Jang Jin-sung held one of the most senior ranks in North Korea’s propaganda machine. Among his tasks were developing the founding myth of North Korea, posing undercover as a South Korean intellectual and writing epic poems in support of the dictator, Kim Jong-il. Yet he could not ignore his conscience. After breaking security rules, Jang Jin-sung was forced to flee for his life: away from lies and deceit, towards truth and freedom.” (Adapted from the Overdrive description.) 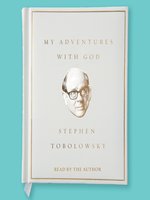 My Adventures with God, by Stephen Tobolowsky
“My Adventures with God is a series of short stories exploring the idea that most people’s lives seem to fit into the template of the Old Testament. Tobolowsky’s stories tell of a boy growing up in the wilds of Texas, finding and losing love, losing and finding himself—all told through the prism of the Torah and Talmud, mixed with insights from science, and refined through a child’s sense of wonder.” (Adapted from the Overdrive description.) 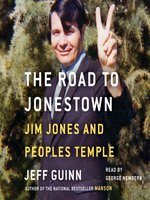 The Road to Jonestown, by Jeff Guinn
“Jeff Guinn examines the life of Jim Jones, from his extramarital affairs, drug use and fraudulent faith healing to the fraught decision to move almost a thousand of his followers to the jungles of Guyana. Guinn provides stunning new details of the events leading to the fatal day in November, 1978 when more than nine hundred people died—including almost three hundred infants and children—after being ordered to swallow a cyanide-laced drink.” (Adapted from the Overdrive description.) 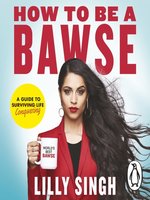 How to Be a Bawse, by Lilly Singh
“From actress, comedian and YouTube sensation Lilly Singh (aka Superwoman) comes the definitive guide to being a BAWSE – a person who exudes confidence, reaches goals, gets hurt efficiently and smiles genuinely because they’ve fought through it all and made it out the other side. Told in her hilarious, bold voice that’s inspired over 9 million fans, and using stories from her own life to illustrate her message, Lilly proves that there are no shortcuts to success.” (Adapted from the Overdrive description.) 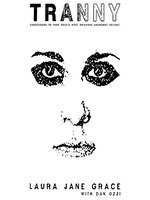 Tranny, by Laura Jane Grace
“A searing account of the search for identity and self, Tranny reveals the struggles and victories that Laura Jane Grace, the lead singer of the cult punk rock band Against Me! experienced in her quest for gender transition. Grappling with sex, drugs, failed marriages, music and soul, this memoir paints a vivid portrait of one of the most revolutionary transgender icons of our time.” (Adapted from the Overdrive description.) 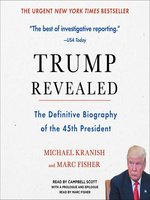 Trump Revealed, by Michael Kranish
“Trump Revealed offers the most thorough and wide-ranging examination of Donald Trump’s public and private lives to date, from his upbringing in Queens and formative years at the New York Military Academy, to his turbulent careers in real estate and entertainment, to his astonishing rise as the front-runner for the Republican presidential nomination.” (Adapted from the Overdrive description.)