This month’s top pick is a beautifully illustrated book which celebrates women who had the courage to challenge the status quo and forged the way for women who came after them. Robin Dalton, once a society figure and subsequent good-time girl, is not quite in the same league,but her story is an entertaining and inspiring one..
Good girls get good press too – activist Coretta King, widow of Martin Luther King, a nurse who devoted her life to sick children – and Queen Victoria, who was a famously good woman. 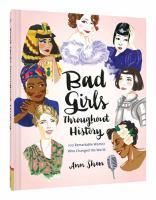 Bad girls throughout history : 100 remarkable women who changed the world / Ann Shen.
“The 100 revolutionary women featured in this illustrated book were bad in the best sense of the word: they challenged the status quo and changed the rules for those who followed. From ancient times through present day, from pirates to artists, scientists to spies, these courageous women achieved unprecedented feats and left a permanent mark on human history.”–Back cover.

Breaking ranks / James McNeish.
“Three distinct stories about three distinct men, but with one thing in common – they all paid the price for standing up for what they believed. From a great writer, three great stories about conscience and consequence. This is the story of three men – a doctor, a soldier and a judge. They are men of rare achievement. The doctor has the gift of saving others but not himself. The soldier disobeys orders and abandons his command post in a bid to die with his men. The judge cares more to uphold a principle than save himself from ruin. All three defy convention.”(Wellington City Libraries catalogue note). 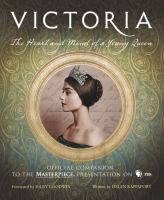 Victoria : the heart and mind of a young queen / foreword by Daisy Goodwin ; written by Helen Rappaport.
‘The official companion to ITV’s drama, ‘The Victoria letters” delves into the private writings of the young Queen Victoria, painting a vivid picture of the personal life of one of England’s greatest monarchs.”(Wellington City Libraries catalogue note).

Always the children : a nurse’s story of home and war / Anne Watts.
“Anne Watts grew up in a small village in north Wales in the 1940s. She trained as a nurse and midwife, joined the Save the Children Fund, and was posted to Vietnam in 1967. Here, Anne was faced with a vision of hell that her training at Manchester’s Royal Infirmary could not have prepared her for.” (Syndetics summary).

Sully : my search for what really matters / Captain Chesley “Sully” Sullenberger ; with Jeffrey Zaslow.Proxy Error
“Airline pilot Captain “Sully” Sullenberger tells his life story, including his perspective on the emergency landing on the Hudson River that earned him the world’s admiration, and offers insight into the qualities that have been vital to his success”–Publisher.

The long and winding road / Alan Johnson.
“When Tony Blair brought Alan Johnson into Parliament in 1997, it was something of a culture shock. Blair famously said to him ‘Oh, so you really are working class aren’t you’. In this memoir of politicking and skulduggery, he tells of his experiences in Westminster.”(Wellington City Libraries catalogue note).

One leg over : having fun – mostly – in peace and war / Robin Dalton.At the age of ninety-five, Robin Dalton looks back on her life, particularly on her love life. Married at nineteen, disastrously, Robin has a lucky escape-her ‘Society Divorce’ makes the front page of Sydney newspapers, bumping the war to page three ‘One leg over” is a story of love and romance, of loss and great sadness. But above all it’s a celebration of a wonderful life..”(Wellington City Libraries catalogue note).

My history : a memoir of growing up / Antonia Fraser.‘Antonia Fraser’s memoir describes growing up in the 1930s and 1940s but its real concern is with her growing love of history. The fascination began as a child when her evacuation at the beginning of the war to an Elizabethan manor house became an inspiration for historical imaginings – and developed into an enduring passion; as she writes, ‘for me, the study of History has always been an essential part of the enjoyment of life’.(Amazon.co.uk summary)

AND A GOOD ONE IN ANOTHER PART OF THE LIBRARY

Princes at war : the bitter battle inside Britain’s royal family in the darkest days of WWII / Deborah Cadbury.
‘British author Cadbury explores the many layers involved in the abdication crisis of 1936, which ceded the British crown to the seemingly least prepared of the four sons of George V, George VI, aka Bertie, who revealed himself in the subsequent crisis of war to be the most suitable and stalwart of all.”(Wellington City Libraries catalogue note).