This month Overdrive presents a range of significant non-fiction eAudiobooks, including Laurence Rees’ The Holocaust and Sue Klebold’s A Mother’s Reckoning. The Guardian calls Rees’ work “one of the best introductions to the Holocaust”, while the Washington Post describes A Mother’s Reckoning as a “painful and necessary” read. To learn more about Overdrive’s non-fiction collection, visit our website, or download the app. 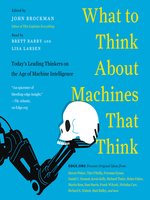 What to Think About Machines That Think, by John Brockman
“Stephen Hawking recently made headlines by noting, ‘The development of full artificial intelligence could spell the end of the human race.’ Others, conversely, have trumpeted a new age in which smart devices will exponentially extend human capacities. No longer just a matter of science-fiction, it is time to seriously consider the reality of intelligent technology.” (Adapted from the Overdrive description.) 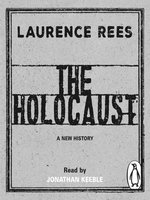 The Holocaust, by Laurence Rees
“This landmark work answers two of the most fundamental questions in history – how, and why, did the Holocaust happen? Laurence Rees has spent twenty-five years meeting survivors and perpetrators of the Holocaust. Now, in his magnum opus, he combines their enthralling eyewitness testimony, a large amount of which has never been published before, with the latest academic research to create the first accessible and authoritative account of the Holocaust in more than three decades.” (Adapted from the Overdrive description.) 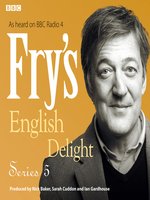 Fry’s English Delight, Series 5, by Stephen Fry
“A fifth series in which Stephen Fry examines the highways and byways of the English language. He tells The Story of X: a letter holy and profane, sexy and chaste; discusses intonation, the ‘song’ of English and how cadence affects meaning; muses on the art and craft of conversation – and whether true conversation can happen on TV and radio – and ponders the meaning of meaning, and the gap between brain and mouth that means language can never truly represent thought.” (Adapted from the Overdrive description.) 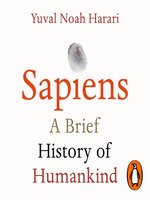 Sapiens, by Yuval Noah Harari
“Planet Earth is 4.5 billion years old. In just a fraction of that time, one species among countless others has conquered it. Us. We are the most advanced and most destructive animals ever to have lived. What makes us brilliant? What makes us deadly? What makes us Sapiens? In this bold and provocative book, Yuval Noah Harari explores who we are, how we got here and where we’re going.” (Adapted from the Overdrive description.) 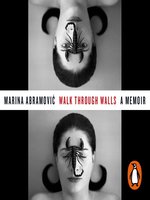 Walk Through Walls, by Marina Abramovic
“This memoir spans Marina Abramovic’s five decade career, and tells a life story that is almost as exhilarating as her performance art. Taking us from her early life in communist ex-Yugoslavia, to her time as an a young art student in Belgrade in the 1970s, where she first made her mark with a series of pieces that used the body as a canvas, the book also describes her relationship with the West German performance artist named Ulay who was her lover and sole collaborator for twelve years.” (Adapted from the Overdrive description.) 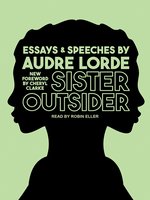 Sister Outsider, by Audre Lorde
“In this charged collection of fifteen essays and speeches, influential poet and feminist writer Audre Lorde takes on sexism, racism, ageism, homophobia and class, and propounds social difference as a vehicle for action and change.” (Adapted from the Overdrive description.) 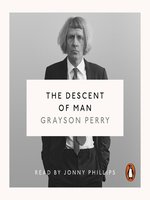 The Descent of Man, by Grayson Perry
“Grayson Perry has been thinking about masculinity since he was a boy. Now, in this funny and necessary book, he turns round to look at men with a clear eye and ask, what sort of men would make the world a better place, for everyone? Perry admits he’s not immune from the stereotypes himself, and his thoughts are shot through with honesty, tenderness and the belief that, for everyone to benefit, upgrading masculinity has to be something men decide to do themselves.” (Adapted from the Overdrive description.) 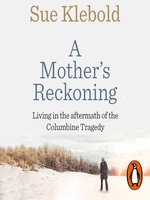 A Mother’s Reckoning, by Sue Klebold
“On April 20, 1999, Eric Harris and Dylan Klebold walked into Columbine High School in Littleton, Colorado. Over the course of minutes, they would kill twelve students and a teacher and wound twenty-four others before taking their own lives. For the last sixteen years, Sue Klebold, Dylan’s mother, has lived with the indescribable grief and shame of that day. In the hope that the insights she has gained may help other families recognize when a child is in distress, she tells her story in full.” (Adapted from the Overdrive description.) 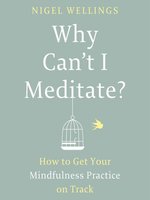 Why Can’t I Meditate?, by Nigel Wellings
“Mindfulness can help us relax and is great for coming to grips with thoughts that make us depressed or anxious, but it can also bring us into a more intimate relationship with ourselves—a prospect that can make some feel uncomfortable. This is where Why Can’t I Meditate? comes in. Full of practical ways to help our mindfulness practice flourish, it also features guidance from a wide spectrum of secular and Buddhist mindfulness teachers, and personal accounts by new meditators.” (Adapted from the Overdrive description.)