What will 2017 bring? It’s hard to say with certainty, but perhaps some clues lie in this month’s new releases from Overdrive. Will there be drama and mystery as seen in The Paris Librarian? Tragedy and conflict as portrayed by Even in Paradise? Or the dark humour of The Unthinkable Thoughts of Jacob Green? For more prophetic insights, sign up now! 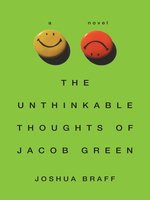 The Unthinkable Thoughts of Jacob Green, by Joshua Braff
“Jacob Green doesn’t mean to disappoint his family, but he can’t help thinking the most unthinkable (and very funny) thoughts. If only he could confront his overbearing father and tell him he doesn’t want to sing in synagogue, attend est classes or write the perfect thank-you note. But, of course, he can’t. That would be unthinkable.” (Adapted from the Overdrive description.) 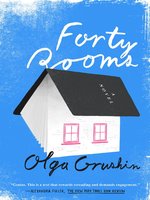 Forty Rooms, by Olga Grushin
“A modern woman will inhabit forty rooms in her lifetime. They form her biography, from childhood to death. For our protagonist, the first rooms she is aware of are those that make up her family’s Moscow apartment. We follow this child as she leaves home to study in America, and discovers sexual happiness and love. But her hunger for adventure will open up more ambiguous rooms, rooms full of ghosts and unknown trade-offs.” (Adapted from the Overdrive description.) 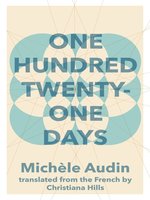 One Hundred Twenty-One Days, by Michèle Audin
“This debut novel by mathematician and Oulipo member Michèle Audin retraces the lives of French mathematicians over several generations through World Wars I and II. The narrative oscillates stylistically from chapter to chapter—at times a novel, fable, historical research or diary—locking and unlocking codes, culminating in a captivating, original reading experience.” (Adapted from the Overdrive description.) 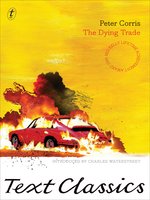 The Dying Trade, by Peter Corris
“Meet Cliff Hardy. Smoker, drinker, ex-boxer. And private investigator. When the wealthy Bryn Gutteridge hires Hardy to help his sister, it looks as if blackmail is the problem. Until the case becomes more brutal, twisted and shocking than even Hardy could have guessed. Described by The Age as ‘a quintessentially Australian literary icon.'” (Adapted from the Overdrive description.) 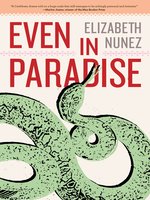 Even in Paradise, by Elizabeth Nunez
“Peter Ducksworth, a Trinidadian widower of English ancestry, retires to Barbados. He decides to divide his land among his three daughters while he is alive, his intention not unlike that of King Lear. But Lear made the fatal mistake of confusing flattery with love, and so does Ducksworth. Feeling snubbed by his youngest daughter, Ducksworth decides that only after he dies will she receive her portion of the land, setting in motion the very strife he hoped to prevent.” (Adapted from the Overdrive description.) 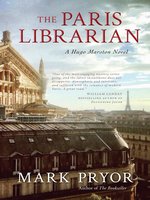 The Paris Librarian, by Mark Pryor
“Hugo Marston’s friend Paul Rogers dies unexpectedly in a locked room at the American Library in Paris. The police conclude that Rogers died of natural causes, but Hugo is certain mischief is afoot. As Hugo delves into the library’s stacks, he begins to hear rumours about a famous actress, a recently donated collection and a dagger. But to uncover the truth, he must return to the scene of a decades-old crime.” (Adapted from the Overdrive description.) 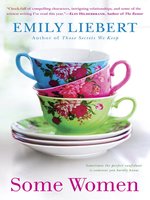 Some Women, by Emily Liebert
“Annabel Ford has everything under control, but when her husband announces that he’s leaving, she’s blind-sided. Piper Whitley has done her best to balance it all—raising her daughter Fern by herself while advancing her career. Only now that she’s met the man of her dreams, Fern’s absentee father shows up, throwing everything into a tailspin. Mackenzie Mead has many reasons to count her blessings, but with an imperious mother-in-law and a husband with whom she can no longer connect, something has to give.” (Adapted from the Overdrive description.) 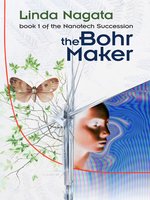 The Bohr Maker, by Linda Nagata
“Nanotechnology saturates the world, but strict laws regulate its use, and death follows for those caught in violation. The threat of death means little though, to a man already condemned to die. Nikko—post human, desperate to escape his fate—steals a forbidden nanomachine. But the theft goes awry and the nanomachine escapes into the wild–igniting a desperate race to contain it before the definition of ‘human’ changes for all time.” (Adapted from the Overdrive description.)

Heart of Darkness, by Joseph Conrad
“Heart of Darkness tells the story of Charles Marlow, an English man who journeys into the African jungle. The difference between Conrad’s novella and other classic adventure fictions, like Defoe’s Robinson Crusoe, is that Heart of Darkness goes beyond classic motifs to explicitly deal with questions of racism, exploitation and colonization. Readers ultimately understand that the darkness of the title does not only stand for the horrors in the African wilderness, but for the cruelty of the colonizer’s heart.” (Adapted from the Overdrive description.)