Get your glam on with February’s selection of new fashion books. With shiny new volumes about Vivienne Westwood, Audrey Hepburn, Versace and Vogue, to name but a few, this February is set to be very glamorous indeed.

Get a life! : the diaries of Vivienne Westwood, 2010-2016 / Vivienne Westwood.
“Vivienne Westwood began Get A Life, her online diary, in 2010 with an impassioned post about Native American activist Leonard Peltier. Since then, she has written two or three entries each month, discussing her life in fashion and her involvement with art, politics and the environment.Reading Vivienne’s thoughts, in her own words, is as fascinating and provocative as you would expect from Britain’s punk dame – a woman who always says exactly what she believes. The beauty of Vivienne Westwood’s diary is that it is so fresh and unpredictable. In book form, generously illustrated with her own selection of images, it is irresistible.” (adapted from Syndetics summary)

50 dresses that changed the world.
“Everything around us is designed and the word ‘design’ has become part of our everyday experience. But how much do we know about it? Fifty Dresses That Changed the World imparts that knowledge listing the top 50 dresses that have made a substantial impact in the world of British design today. From the 1915 Delphos Pleated dress to Hussein Chalayan’s 2007 LED dress, each entry offers a short appraisal to explore what has made their iconic status and the designers that give them a special place in design history.” (Syndetics summary) 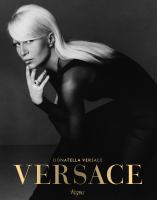 Versace / written by Donatella Versace, Maria Luisa Frisa, and Stefano Tonchi.
“A long-awaited and highly intimate visual history of Versace, the glamorous and globally renowned Italian fashion house. This richly illustrated tome chronicles Donatella’s interpretation of Versace in the twenty-first century and her remarkable work as the curator and face of Versace. Versace includes exclusive contemporary and archival imagery from runway and backstage shots to intimate scenes at the Versace atelier, with accompanying original essays penned by fashion’s most authoritative voices. This glittering volume delivers the magnetic vibrancy, supreme luxury, and glamour quotient that define Versace.” (adapted from Syndetics summary) 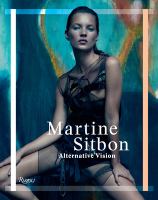 Martine Sitbon : alternative vision / edited by Marc Ascoli & Martine Sitbon.
“The first book on the highly influential French fashion designer renowned for her rock’ n’ romantic style and for reinvigorating the house of Chloe. Martine Sitbon has become an icon among designers and fashionistas, earning her praise from Karl Lagerfeld as being “the only living French designer.” Handpicked to breathe new life into Chloe in the mid-1980s, and the first woman to be named designer at the house, while simultaneously working on her own ready-to-wear label, Sitbon has been at the helm of high fashion for decades. With never-before-seen sketches and photographs, this book allows readers to gain a better understanding of the designer’s personal universe and inspirations that have until now been largely hidden from view.” (adapted from Syndetics summary) 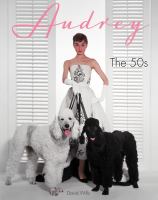 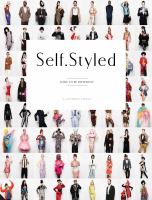 Self.Styled : dare to be different / Anthony Lycett.
“Self-Styled is about the celebration of freedom of expression, diversity and individualism through personal style. Showcasing photographic diptychs of a select group of fabulous urbanites, each double-page spread illustrates a unique personal choice while implicitly exploring themes such as gender, colour, body shape and taste. The concept behind Self-Styled is simple: each person is asked to choose two outfits – one that represents daywear and a second that represents nightwear. Then, through a dual photographic portrait, author Anthony Lycett encapsulates their distinctive personalities in a stylist-free zone as they are: self-styled. Since embarking on the project in 2008, Anthony has photographed people from all walks of life.” (Syndetics summary)

Inside Vogue : a diary of my 100th year / Alexandra Shulman.
“Alexandra Shulman reveals the emotional and logistical minefield of producing the 100th anniversary issue (that Duchess of Cambridge cover surprise), organizing the star-studded Vogue 100 Gala, working with designers from Victoria Beckham to Karl Lagerfeld and contributors from David Bailey to Alexa Chung. All under the continual scrutiny of a television documentary crew. But narrowly-contained domestic chaos hovers – spontaneous combustion in the kitchen, a temperamental boiler and having to send bin day reminders all the way from Milan fashion week. This is a rich, honest and sharply observed account of a year lived at the centre of British fashion and culture.” (adapted from syndetics summary)