As well as cars, from the 250F Maserati to Cuba’s and driverless, this time we feature transport to space and around the Earth!

Untangling the mystery : New Zealand and the 250F Maserati / Terry Collier.
“”International histories of the 250F Maserati, and these continue to be published internationally incorrectly record the events and cars that were actively racing in New Zealand. This history attempts to correct these records for the benefit of New Zealand’s automotive racing history and future records”–Publisher information.” (Syndetics summary)

A space traveler’s guide to the Solar System / Mark Thompson.
“Have you ever dreamed of being an astronaut, traveling through the universe on your very own space mission? What would it be like to tour the solar system, visiting the sun and the planets, taking in everything from moons to asteroid belts along the way? What would you see, and how would you feel? What would you eat? How would you navigate and produce fuel? How would you survive?On this epic voyage of discovery, astronomer Mark Thompson takes you on that journey. From how to prepare for take-off and the experience of leaving Earth’s atmosphere, to the reality of living in the confines of a spaceship and the strange sensation of weightlessness, this is an adventure like no other. Suit up, strap in, and enjoy the ride!” (Syndetics summary)

Beyond Earth : our path to a new home in the planets / Charles Wohlforth and Amanda R. Hendrix, Ph.D.
“…Beyond Earth does not offer another wide-eyed technology fantasy: instead, it is grounded not only in the human capacity for invention and the appeal of adventure but also in the bureaucratic, political, and scientific realities that present obstacles to space travel–realities that have hampered NASA’s efforts ever since the Challenger disaster. In Beyond Earth, Charles Wohlforth and Amanda R. Hendrix offer groundbreaking research and argue persuasively that not Mars, but Titan–a moon of Saturn with a nitrogen atmosphere, a weather cycle, and an inexhaustible supply of cheap energy, where we will even be able to fly like birds in the minimal gravitational field–offers the most realistic and thrilling prospect of life without support from Earth.” (adapted from Syndetics summary) 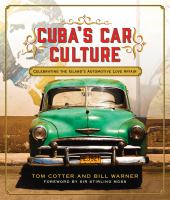 Cuba’s car culture : celebrating the island’s automotive love affair / Tom Cotter and Bill Warner ; foreword by Sir Stirling Moss.
“Before writing his first book, Tom Cotter had long been involved in nearly every end of the automotive and racing industries. From mechanic and auto salesman to heading the public relations department at Charlotte Motor Speedway, Cotter formed his own racing and automotive PR and marketing agency, Cotter Group. The agency represented some of the largest clients in NASCAR, IndyCar/CART, drag racing and road racing.” (from Author Notes & Sketches, Syndetics)

How to Make a Spaceship: A Band of Renegades, an Epic Race, and the Birth of Private Space Flight.
“…Peter Diamandis was the son of hardworking immigrants who wanted their science prodigy to make the family proud and become a doctor. But from the age of eight, when he watched Apollo 11 land on the Moon, his singular goal was to get to space. When he realized NASA was winding down manned space flight, Diamandis set out on one of the great entrepreneurial adventure stories of our time. If the government wouldn’t send him to space, he would create a private space flight industry himself…” (Syndetics summary)

The crash detectives : investigating the world’s most mysterious air disasters / Christine Negroni.
“In The Crash Detectives, veteran aviation journalist and air safety investigator Christine Negroni takes us inside crash investigations from the early days of the jet age to the present, including the search for answers about what happened to the missing Malaysia Airlines Flight 370. As Negroni dissects what happened and why, she explores their common themes and, most important, what has been learned from them to make planes safer. Indeed, as Negroni shows, virtually every aspect of modern pilot training, airline operation, and airplane design has been shaped by lessons learned from disaster.” (adapted from Syndetics summary) 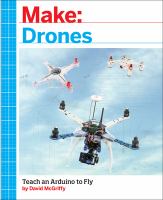 Drones : teach an Arduino to fly / David McGriffy.
“Make: Drones will help the widest possible audience understand how drones work by providing several DIY drone projects based on the world’s most popular robot controller–the Arduino. The information imparted in this book will show Makers how to build better drones and be better drone pilots, and incidentally it will have applications in almost any robotics project. Why Arduino? Makers know Arduinos and their accessories, they are widely available and inexpensive, and there is strong community support. Open source flight-control code is available for Arduino, and flying is the hook that makes it exciting, even magical, for so many people.” (adapted from Syndetics summary)

Robots / John Jordan.
“…offers a guided tour of robotics today, describing the components of robots, the complicating factors that make robotics so challenging, and such applications as driverless cars, unmanned warfare, and robots on the assembly line. Robots will be neither our slaves nor our overlords; instead, they are rapidly becoming our close companions, working in partnership with us — whether in a factory, on a highway, or as a prosthetic device. Given these profound changes to human work and life, Jordan argues that robotics is too important to be left solely to roboticists.” (adapted from Syndetics summary)

Zero to 60 : from a wooden caravan to a multi-millionaire dollar business empire / Tony Quinn with Robert Tighe.
“”On a frosty and clear morning in the small, Central Otago town of Cromwell, 2012, Tony Quinn and his son Klark stood with an iPad at the edge of an expansive basin of scrub and grass sketching the curves, corners and chicanes of an imaginary race-track. Less than 18 months later, Cromwell was abuzz at the inaugural Highlands 101, with visitors from all over Australasia flocking to Highlands Motorsport Park for the opening of the new 25-million-dollar racing circuit. To some people, building a racetrack in the middle of nowhere might have seemed like an impossible dream, but not to Tony Quinn.”” (adapted from Syndetics summary)
“This is a laugh-out-loud and fast-paced story of a man who started out with nothing, made his fortune from pet food and is now set to reshape the motorsport industry in New Zealand” (Book jacket) 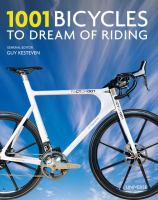 1001 bicycles to dream of riding / general editor, Guy Kesteven ; foreword by Chris Boardman.
“Lavishly illustrated, comprehensive, and authoritative, this guide to the 1,001 most important and groundbreaking bicycles is the perfect book for cycling enthusiasts and bike experts alike. 1001 Bicycles to Dream of Riding celebrates the designs and individual stories behind the world’s most influential and high-profile models from every discipline, including mountain and road biking as well as BMX and track racing.” (adapted from Syndetics summary)