A lot of intriguing books on popular music have been added to our collection. They include Total Records, which is the wonderful art book about album covers, and Uproot : travels in twenty-first-century music and digital culture. Fantastic biographies about Bruce Springsteen, Prince, and ABBA’s Agnetha Fältskog give you a great summer reading selection. Check them out! 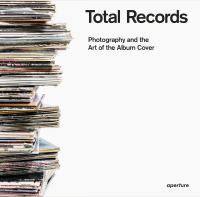 Total records : photography and the art of the album cover / edited by Antoine de Beaupré, Serge Vincendet, Sam Stourdzé.
“The history of photography is teeming with portraits of musicians made iconic by their album covers: Thelonious Monk by W. Eugene Smith, Miles Davis by Irving Penn, Grace Jones by Jean-Paul Goude, Laurie Anderson by Robert Mapplethorpe. The history of album cover art also includes collaborations between prominent figures, such as Mick Rock and David Bowie, Annie Leibovitz and John Lennon, Lee Friedlander and John Coltrane, Nobuyoshi Araki and Bjork, Anton Corbijn and U2, and Robert Frank with the Rolling Stones–not to mention Francis Wolff’s legendary work with Blue Note, the record label he cofounded.” (Syndetics summary)

Fashion + music : fashion creatives shaping pop culture / Katie Baron.
“As twin agents of creative expression fashion and music have long shared a powerful mutual attraction: from the Sex Pistols to Madonna, Kylie Minogue to Lady Gaga, fashion has consistently amplified our understanding of the band (and in many cases the brand) – fuelling the fantasy, giving context to the sound and adding depth to artists’ wider agendas. From pop videos to editorial shoots, via the evolution of some of the industry’s most significant and era-defining pairings/collaborations this book will focus on the power of fashion as a make-or-break tool within the music industry’s creative process.” (Adapted from Syndetics summary)

The art of songwriting / Andrew West.
“How do you turn songwriting talent into a professional career? This essential guide tackles that question, alongside many others, taking songwriters through all the developmental phases and commercial experiences along the way in order to inspire and encourage the reader to find their own voice and write successfully within their chosen genre. Collating the best-available expertise with fresh ideas about the industry, Andrew West equips the reader with what every productive songwriter needs to know. Armed with this knowledge, the songwriter is able to engage creatively and financially to make the most of their potential.” (Adapted from Syndetics summary)

I can sing, but where is my voice? : a modern singer’s guide / Ricci Carr.
“Wondering how you can get to sing that song you always wanted to without running out of breath, and sing it all in tune? Need to sing at your best friend’s wedding or maybe in a school production? Perhaps you want to sing with a band. Start a professional career or maybe you are a grandparent who just wants to know that every time you sing to your grandchildren you are singing those family songs in tune. With this book finally there is a guide for the student who wants to know how to sing well. This guide will help you to identify what it is you need to know and gives you the tools to apply the skills required. Advice that works given time and genuine input from you – the singer.” (Syndetics summary)

Uproot : travels in twenty-first-century music and digital culture / Jace Clayton [aka DJ Rupture].
“In 2001 Jace Clayton was an unknown DJ who recorded a three-turntable, sixty-minute mix and put it online to share with friends. Within weeks, Gold Teeth Thief became an international calling card, whisking Clayton away to play a nightclub in Zagreb, a gallery in Osaka, a former brothel in Sao Paolo, and the American Museum of Natural History. Just as the music world made its fitful, uncertain transition from analog to digital, Clayton found himself on the front lines of creative upheavals of art production in the twenty-first century globalized world. Uproot is a guided tour of this newly-opened cultural space. With humor, insight, and expertise, Clayton offers an unparalleled understanding of music in the digital age.” (Syndetics summary)

Born to run / Bruce Springsteen.
“In 2009, Bruce Springsteen and the E Street Band performed at the Super Bowl’s halftime show. The experience was so exhilarating that Bruce decided to write about it. Over the past seven years, Bruce Springsteen has privately devoted himself to writing the story of his life, bringing to these pages the same honesty, humor, and originality found in his songs. He describes growing up Catholic in Freehold, New Jersey, amid the poetry, danger, and darkness that fueled his imagination, leading up to the moment he refers to as “The Big Bang”: seeing Elvis Presley’s debut on The Ed Sullivan Show. This is a book for workers and dreamers, parents and children, lovers and loners, artists, freaks, or anyone who has ever wanted to be baptized in the holy river of rock and roll.” (Syndetics summary)

Prince : purple reign / Mick Wall.
“Prince was an icon. A man who defined an era of music and changed the shape of popular culture forever. There is no doubt that he was one of the most talented and influential artists of all time, and also one of the most mysterious. On April 21, 2016 the world lost its Prince. This book will open a door to Prince’s world like never before – from his traumatic childhood and demonic pursuit of music as a means of escape, to his rise to super stardom, professional rivalries and marriages shrouded in tragedy, internationally bestselling music writer Mick Wall explores the historical, cultural and personal backdrop that gave rise to an artist the likes of which the world has never seen – and never will again.” (Syndetics summary)

Hero : David Bowie / Lesley-Ann Jones.
“HERO: DAVID BOWIE is an intelligent exploration of the man behind the myths and the makeup told from the very beginning. Respected music journalist and biographer Lesley-Ann Jones knew David Jones from the days before fame, when he was a young musician starting out, frustrated by an industry that wouldn’t give him a break and determined to succeed. Here she traces the epic journey of the boy from Bromley born into a troubled background to his place as one of the greatest stars in rock history. Drawing on this new material and meticulous research, This is Bowie as you’ve never seen him before.” (Adapted from Syndetics summary) 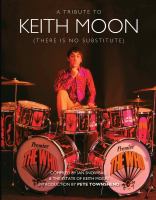 A tribute to Keith Moon : (there is no substitute) / compiled by Ian Snowball & the estate of Keith Moon.
“With an introduction by Pete Townshend, There Is No Substitute is a tribute to The Whos late drummer Keith Moon, compiled by Ian Snowball with the authorisation the Keith Moon Estate and Keiths daughter Amanda de Wolf. The book includes a collection of seen and unseen photographs and contributions from friends and fans of Keith – a diverse cross section of drummers, musicians, fans, writers and people that knew him. The book concentrates on Keiths influence as a drummer and musician and the impact he has had on rocknroll, and all reflect the deep affection that his madcap genius inspired in everyone with whom he came into contact.” (Adapted from Syndetics summary)

Agnetha Fältskog : the girl with the golden hair / Daniel Ward.
“Her iconic blonde looks, stunning voice and songs of loneliness and melancholy have endeared her to millions, yet Agnetha Fältskog remains an enigmatic and distant figure. From her success as a teenage singer and songwriter in Sweden in the late 1960’s to her years of global superstardom with pop giants ABBA and beyond, Agnetha has fascinated generations of fans. Agnetha Fältskog–The Girl With The Golden Hair is the first full-length biography dedicated to the life and career of the one of the most beloved and successful performers in music history.” (Adapted from Syndetics summary)

Good vibrations : my life as a Beach Boy / Mike Love with James S. Hirsch.
“As a founding member of The Beach Boys, Mike Love has spent an extraordinary fifty-five years, and counting, as the group’s lead singer and one of its principal lyricists. The Beach Boys, from their California roots to their international fame, are a unique American story — one of overnight success and age-defying longevity; of musical genius and reckless self-destruction; of spirituality, betrayal, and forgiveness — and Love is the only band member to be part of it each and every step. A husband, a father, and an avid environmentalist, Love has written a book that is as rich and layered as the Beach Boy harmonies themselves.” (Adapted from Syndetics summary)

Blue Man world / creative director and head writer, Laura Camien ; editor, Becky Koh, Black Dog & Leventhal ; contributing writers, Chris Wink [and fifteen others].
“The first-ever Blue Man Group book, published on the occasion of their 25th anniversary. As entertaining and hilarious as the show itself, Blue Man World reveals everything you ever wanted to know about the Blue Men, but couldn’t get them to tell you. Blue Man Group is a global entertainment company best known for the award-winning Blue Man Group show. A dynamic combination of music, comedy, and technology, the show appeals to a broad ranges of age groups and cultural backgrounds. It is continually refreshed with new music, stories, custom instruments and state-of-the-art technology.” (Syndetics summary)