Delve into this month’s stunning array of new maps and atlases, presenting places familiar and strange in a new light. To start getting lost in these is to start dreaming the existing world anew. With this comes the imperative to go out and uncover the world – whether in your neighbourhood or on the other side of the globe.

Atlas of improbable places : a journey to the world’s most unusual corners / Travis Elborough & Alan Horsfield.
“It is perhaps the eighth wonder of our world that despite modern mapping and satellite photography our planet continues to surprise us. Hidden lairs beneath layers of rock, forgotten cities rising out of deserted lands and even mankind’s own feats of engineering eccentricity lie in the most unusual of destinations. Travis Elborough goes in search of the obscure and bizarre, the beautiful and estranged. Beautiful maps and stunning photography illustrate each hidden place. (adapted from amazon.com)

Curiocity : in pursuit of London / Henry Eliot & Matt Lloyd-Rose.
“Curiocity is the most beautiful and unusual guidebook ever written about London. Structured as an A to Z, its 26 chapters explore the city from all angles, with themes as diverse as crowdedness, sex, gentrification, time, sewers and the occult, illustrated by stunning hand-drawn maps. The 26 maps show show London from a child’s perspective, the airspace above the city, the ground beneath your feet, London reimagined as a giant prison, and much more.” (adapted from amazon.com)

Atlas obscura : an explorer’s guide to the world’s hidden wonders / Joshua Foer, Dylan Thuras & Ella Morton.
“Drawing on material from the ever-expanding website of the same name, this ersatz tour guide to the fabulously interesting secret corners of the globe is arranged geographically by continent and country. Whether describing a Canadian museum that showcases world history through shoes, a pet-casket company that will also sell you a unit for your severed limb, a Greek snake festival, or a place in the Canary Islands where inhabitants communicate through whistling, the authors have compiled an enthralling range of oddities. […]” (adapted from Syndetics summary) 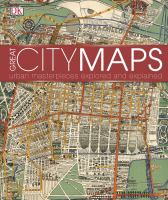 Great city maps.
“Step onto the streets of cities around the world, and understand the cultures and civilizations that created them with Great City Maps. This beautifully illustrated book explores the world’s most celebrated historical city maps. Richly detailed ancient and modern maps of important cities take you on a journey across the globe in stunning detail, from Athens to Alexandria and Cape Town to Cairo, with close up views of each city’s most intriguing features […]” (adapted from Syndetics summary)

Best. state. ever. : a Florida man defends his homeland / Dave Barry.
“Every few months, Dave Barry gets a call from some media person wanting to know, “What the hell is wrong with Florida?” Somehow, the state’s acquired an image as a subtropical festival of stupid, and as a loyal Floridian, Dave begs to differ. Sure, there was the 2000 election. And people seem to take their pants off for no good reason. And it has flying insects the size of LeBron James. But it is a great state, and Dave is going to tell you why. Join him as he celebrates Florida from Key West at the bottom to whatever it is that’s at the top, from the Sunshine State’s earliest history to the fun-fair of weirdness that it is today.” (adapted from amazon.com)

Love of country : a Hebridean journey / Madeleine Bunting.
“An extraordinary journey deep into the history and landscape of the Hebrides, exploring their turbulent history, the spread of their influence, and how these islands shaped the nations of Britain.” (Syndetics summary) 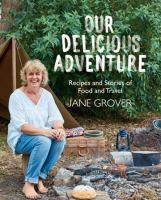 Our delicious adventure : recipes and stories of food and travel / Jane Grover
“Yearning to break with the routine of the everyday, Jane Grover and her family spent a season exploring Australia’s southern coastline from Sydney to Perth and recorded their adventures in delicious, juicy detail. Join her as she gathers cockles on the Fleurieu Peninsula, nets blue swimmer crabs in Streaky Bay, savours local raspberries from the Albany Farmers’ Market and eats freshly shucked oysters from the shoreline of Bruny Island in Tasmania.” (adapted from Syndetics summary)

Crossing the Congo : over land and water in a hard place / Mike Martin, Chloe Baker, Charlie Hatch-Barnwell.
“In 2013, three friends set off on a journey that they had been told was impossible: the north-south crossing of the Congo River Basin, from Kinshasa, in the Democratic Republic of Congo, to Juba, in South Sudan. […] Crossing the Congo is an offbeat travelogue, a story of friendship and what it takes to complete a great journey against tremendous odds, and an intimate look into one of the world’s least-developed and most fragile states, told with humor and sensitivity.” (adapted from amazon.com)