A wide variety of new books on movies and TV programmes include the bestseller autobiography by Amy Schumer, the unique TV show guidebook TV (the book) and Batman v Superman : dawn of justice : the art of the film which features amazing illustrations and photos. If you are an actor or interested in acting, check out the last two books on this list.

The girl with the lower back tattoo / Amy Schumer.
“The Emmy Award-winning comedian, actress, writer, and star of Inside Amy Schumer and the acclaimed film Trainwreck has taken the entertainment world by storm with her winning blend of smart, satirical humor. Now, Amy Schumer has written a refreshingly candid and uproariously funny collection of ( extremely ) personal and observational essays. In The Girl with the Lower Back Tattoo, Amy mines her past for stories about her teenage years, her family, relationships, and sex and shares the experiences that have shaped who she is–a woman with the courage to bare her soul to stand up for what she believes in, all while making us laugh.” (Adapted from Syndetics summary)

TV (the book) : two experts pick the greatest American shows of all time / Alan Sepinwall and Matt Zoller Seitz.
“Is The Wire better than Breaking Bad ? Is Cheers better than Seinfeld ? What’s the best high school show ever made? Was the Arrested Development Netflix season brilliant or terrible? For twenty years-since they shared a TV column at Tony Soprano’s hometown newspaper-critics Alan Sepinwall and Matt Zoller Seitz have been debating these questions and many more, but it all ultimately boils down to this: What’s the greatest TV show ever? That debate reaches an epic conclusion in TV (THE BOOK). Using a complex, obsessively all- encompassing scoring system, they’ve created a Pantheon of top TV shows, each accompanied by essays delving into what made these shows great.” (Syndetics summary)

Play all : a bingewatcher’s notebook / Clive James.
“Television and TV viewing are not what they once were–and that’s a good thing, according to award-winning author and critic Clive James. Since serving as television columnist for the London Observer from 1972 to 1982, James has witnessed a radical change in content, format, and programming, and in the very manner in which TV is watched. Here he examines this unique cultural revolution, providing a brilliant, eminently entertaining analysis of many of the medium’s most notable twenty-first-century accomplishments. With intelligence and wit, James explores a television landscape expanded by cable and broadband and profoundly altered by the advent of Netflix, Amazon, and other “cord-cutting” platforms that have helped to usher in a golden age of unabashed binge-watching.” (Syndetics summary)

Seinfeldia : how a show about nothing changed everything / Jennifer Keishin Armstrong.
“Comedians Larry David and Jerry Seinfeld never thought anyone would watch their silly little sitcom about a New York comedian sitting around talking to his friends. NBC executives didn’t think anyone would watch either, but they bought it anyway, hiding it away in the TV dead zone of summer. But against all odds, viewers began to watch, first a few and then many, until nine years later nearly forty million Americans were tuning in weekly. In Seinfeldia, acclaimed TV historian and entertainment writer Jennifer Keishin Armstrong celebrates the creators and fans of this American television phenomenon, bringing readers behind-the-scenes of the show while it was on the air and into the world of devotees for whom it never stopped being relevant.” (Adapted from Syndetics summary)

Dialogue : the art of verbal action for page, stage, screen / Robert McKee.
“Robert McKee’s popular writing workshops have earned him an international reputation. The list of alumni with Oscars runs off the page. The cornerstone of his program is his singular book, Story, which has defined how we talk about the art of story creation. Now, in DIALOGUE, McKee offers the same in-depth analysis for how characters speak on the screen, on the stage, and on the page in believable and engaging ways. From Macbeth to Breaking Bad, McKee deconstructs key scenes to illustrate the strategies and techniques of dialogue.” (Adapted from Syndetics summary) 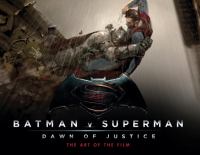 The scientific secrets of Doctor Who / Simon Guerrier and Dr Marek Kukula, Public Astronomer, Royal Observatory Greenwich, London.
“Doctor Who stories are many things: thrilling adventures, historical dramas, tales of love and war and jelly babies. They’re also science fiction – but how much of the science is actually real, and how much is really fiction? The Scientific Secrets of Doctor Who is a mind-bending blend of story and science that will help you see Doctor Who in a whole new light. With commentary that explores the possibilities of time travel, life on other planets, artificial intelligence, parallel universes and more, Simon Guerrier and Dr Marek Kukula show how Doctor Who uses science to inform its unique style of storytelling – and just how close it has often come to predicting future scientific discoveries.” (Adapted from Syndetics summary) 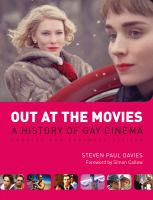 Out at the movies : a history of gay cinema / Steven Paul Davies ; foreword by Simon Callow.
“Over the decades, gay cinema has reflected the queer community’s journey from persecution to emancipation. This shift has been matched by the shift of gay films from the fringes to the mainstream: in 2005 this move was so pronounced that that years Oscars were referred to as ‘The Gay Oscars’. In this, the definitive guide to Gay Cinema, this history is told in all its complexity.” (Syndetics summary)

Stanley Kubrick and me : thirty years at his side / Emilio D’Alessandro with Filippo Ulivieri ; translated from the Italian by Simon Marsh.
“Stanley Kubrick, the director of a string of timeless movies, has always been depicted by the media as the Howard Hughes of filmmakers, a weird artist obsessed with his work and privacy to the point of madness. But who was he really? Emilio D’Alessandro lets us see. A former Formula Ford driver who was a minicab chauffeur in London during the Swinging Sixties, he took a job driving a giant phallus through the city that became his introduction to the director. Honest, reliable, and ready to take on any task, Emilio found his way into Kubrick’s neurotic, obsessive heart. He offers a completely fresh perspective on the artist and a warm, affecting portrait of a generous, kind, caring man who was a perfectionist in work and life.” (Syndetics summary)

Beginning musical theatre dance / Diana Dart Harris.
“Beginning Musical Theatre Dance introduces students to basic musical theatre dance techniques from a variety of genres, forms, and styles and explains how to put them into practice for performance on stage. Part of Human Kinetics’ Interactive Dance Series, the text and web resource offer students what they need to know about auditions, rehearsals, performing, and caring for themselves so they can have a successful experience in a musical theatre dance course. Each student-friendly text includes a web resource offering video clips of dance instruction, learning aids, assignments, and activities. The Interactive Dance Series offers students a guide to learning, performing, and viewing dance.” (Syndetics summary) 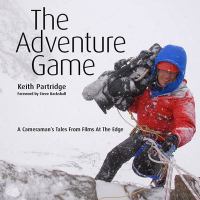 The adventure game : a cameraman’s tales from films at the edge / Keith Partridge.
“Keith Partridge is probably the world’s most experienced and famous practitioner of a rare trade. His filming has recorded expeditions all over the world in some of its most beautiful and hostile environments. The Adventure Game is the story of his life told through several expeditions ranging from the deep caves of Papua New Guinea to the summit of Mount Everest.” (Syndetics summary)

The fifty-year mission : the complete, uncensored, unauthorized oral history of Star trek : the first 25 years / Edward Gross & Mark A. Altman.
“The original Star Trek series debuted in 1966 and has spawned five TV series spin-offs and a dozen feature films, with an upcoming one from Paramount arriving in 2016. The Fifty-Year Mission is a no-holds-barred oral history of five decades of Star Trek , told by the people who were there. Hear from the hundreds of television and film executives, programmers, writers, creators and cast as they unveil the oftentimes shocking story of Star Trek ‘s ongoing fifty-year mission. Here is a volume for all fans of pop culture and anyone interested in the nuts and bolts of a television touchstone.” (Syndetics summary)

The working actor : the essential guide to a successful career / Paul Clayton.
“Every day do at least one thing that might lead to work, and then get on with living your life.” With this mantra in mind, Chairman of London’s Actors Centre, Paul Clayton, presents a series of invaluable exercises for the newly graduated professional actor to improve their chances of employment.” (Syndetics summary)