Have you ever wondered what Star Wars would sound like if it had been written by Shakespeare? Or maybe you’ve suspected Jane Austen was really an undercover detective? Perhaps you’ve even wanted to hear your favourite author reading in the food court of the local mall? If you answered yes to any of these questions, the latest eAudiobooks on Overdrive are for you. Even if you didn’t, we’ve got a wide range of other titles, so sign in here to start your search! 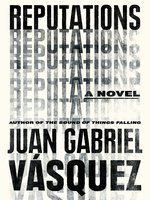 Reputations, by Juan Gabriel Vásquez
“Javier Mallarino is a living legend. He is his country’s most influential political cartoonist, the consciousness of a nation. But this all changes when he’s paid an unexpected visit from a young woman who forces him to re-evaluate his life and work, questioning his position in the world. Reputations examines the weight of the past, how a public persona intersects with private histories and the surprises of memory.” (Adapted from the Overdrive description.) 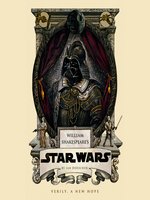 William Shakespeare’s Star Wars, by Ian Doescher
“Return once more to a galaxy far, far away with this sublime retelling of George Lucas’s epic Star Wars in the style of the immortal Bard of Avon. The saga of a wise (Jedi) knight and an evil (Sith) lord, of a beautiful princess held captive and a young hero coming of age, Star Wars abounds with all the valor and villainy of Shakespeare’s greatest plays.” (Adapted from the Overdrive description.) 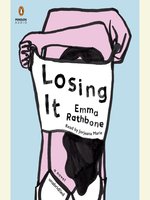 Losing It, by Emma Rathbone
“Greenfield has a problem: she’s twenty-six years old and she’s still a virgin. Sex ought to be easy. People have it all the time! But, without meaning to, she made it through college and into adulthood with her virginity intact. Something’s got to change. Losing It is about the blurry lines between sex and love, and trying to figure out which one you’re going for. And it’s about the decisions—and non-decisions—we make that can end up shaping a life.” (Adapted from the Overdrive description.) 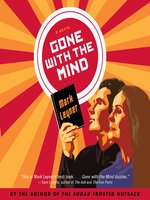 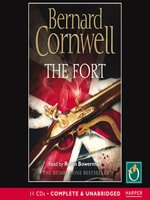 The Fort, by Bernard Cornwell
“Summer 1779, a British force of fewer than one thousand Scottish infantry were sent to build a garrison in the State of Maine. The War of Independence was in its third year and the State of Massachusetts was determined to expel the British. But when they sent a fleet of 40 vessels to ‘captivate, kill and destroy’ they underestimated their enemies, calm in battle and ready for victory. Based on diaries, letters and court transcripts.” (Adapted from the Overdrive description.) 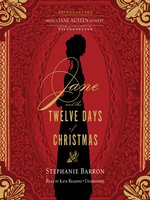 Jane and the Twelve Days of Christmas, by Stephanie Barron
“Christmas Eve, and Jane Austen and her circle are in a celebratory mood. Jane, however, discovers holiday cheer is fleeting. One of the Yuletide gathering dies in a tragic accident whose circumstances Jane immediately views with suspicion. If the accident was in fact murder, the killer is one of her fellow snowbound guests. Whom can Jane trust to help her stop the killer striking again?” (Adapted from the Overdrive description.) 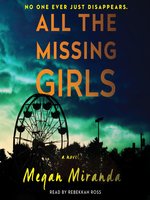 All the Missing Girls, by Megan Miranda
“It’s been ten years since Nicolette Farrell left her rural hometown after her best friend, Corinne, disappeared without a trace. Back again to care for her father, Nic is soon plunged into a shocking drama that reawakens Corinne’s case and breaks open old wounds long since stitched. With twists and turns that lead down dark alleys and dead ends, Megan Miranda leaves us wondering just how far we would be willing to go to protect those we love.” (Adapted from the Overdrive description.) 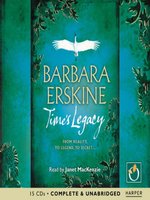 Time’s Legacy, by Barbara Erskine
“Abi, a recently-ordained priest, is appointed to the parish of the charismatic but fundamentalist Kier. He objects to her mysticism, her practice of healing in particular. When she sees a vision, Kier accuses her of witchcraft, but Abi soon sees more visions; an entire Roman family history, dark with betrayal and a promise of bloody revenge. Abi must battle the approaching terror along with her own personal demons…” (Adapted from the Overdrive description.)