This month’s additions to Overdrive showcase the changing role of the hero. For traditionalists, we have T.H. White’s The Once and Future King, while those with a taste for grittier protagonists can browse several new detective series, including the award-winning A Rising Man. And if you don’t like heroes at all? Don’t worry, we’ve got you covered, too – the events in the Booker-nominated His Bloody Project are described by an entire community. To start a quest of your own, just sign in here. 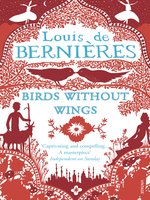 Birds Without Wings, by Louis de Bernières
“Set against the backdrop of the collapsing Ottoman Empire, Birds Without Wings traces the fortunes of one small community in south-west Anatolia, a town in which Christian and Muslim traditions have co-existed peacefully for centuries – until war is declared and the peaceful fabric of life is threatened with destruction. Epic in sweep, intoxicating in sensual detail, it is an enchanting masterpiece.” (Adapted from the Overdrive description) 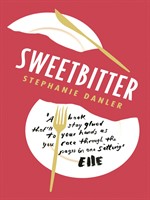 Sweetbitter, by Stephanie Danler
“22-year-old Tess has come to New York to take on her destiny. After she stumbles into a coveted job at a renowned restaurant, we spend the year with her as she learns the punishing, privileged life of a backwaiter, on and off duty. She’s pulled into the thrall of two other servers—a handsome bartender she falls hard for, and an older woman whose connection to both young lovers is murky, sensual and overpowering. These two will prove to be Tess’s hardest lesson of all.” (Adapted from the Overdrive description) 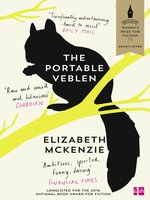 The Portable Veblen, by Elizabeth Mckenzie
“A laugh-out-loud love story with big ideas – and squirrels. Can squirrels speak? Do snails scream? Will a young couple, newly engaged, make it to their wedding day? Will their dysfunctional families ruin everything? Will they be undone by the advances of a very sexy, very unscrupulous heiress to a pharmaceuticals corporation? Is getting married even a remotely reasonable idea in the twenty-first century? And what in the world is a ‘Veblen’ anyway?” (Adapted from the Overdrive description) 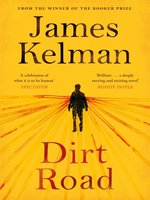 Dirt Road, by James Kelman
“Murdo, a teenager obsessed with music, dreams of a life beyond his Scottish island home. His dad Tom has recently lost his wife and is terrified of losing control of what remains of his family. Both are in search of something as they set out on an expedition into the American South. As they travel they encounter a new world and we discover whether the hopes of youth can conquer the fears of age.” (Adapted from the Overdrive description) 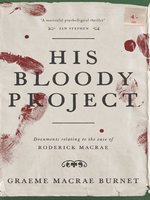 His Bloody Project, by Graeme Macrae Burnet
“A brutal triple murder in a remote northwestern crofting community in 1869 leads to the arrest of a young man by the name of Roderick Macrae. There’s no question that Macrae is guilty, but the police and courts must uncover what drove him to murder. A story ingeniously recounted through the accused’s memoir, trial transcripts and newspaper reports, His Bloody Project is a riveting literary thriller, and was shortlisted for the Man Booker Prize.” (Adapted from the Overdrive description) 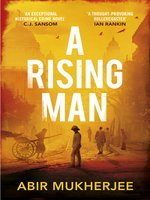 A Rising Man, by Abir Mukherjee
“Captain Sam Wyndham, former Scotland Yard detective, is a new arrival to Calcutta. Desperately seeking a fresh start after his experiences during the Great War, Wyndham has been recruited to head up a new post in the police force. But with barely a moment to acclimatise, he is caught up in a murder investigation that will take him into the dark underbelly of the British Raj. The start of an atmospheric and enticing new historical crime series.” (Adapted from the Overdrive description) 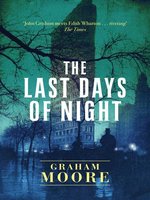 The Last Days of Night, by Graham Moore
“New York, 1888. A young lawyer named Paul Cravath takes a case that seems impossible to win. Paul’s client, George Westinghouse, has been sued by Thomas Edison over a billion-dollar question: Who invented the light bulb and holds the right to power the country? The task facing Cravath is daunting, and the stakes are immense: the winner of the case will illuminate America.” (Adapted from the Overdrive description) 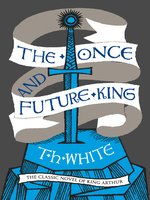 The Once and Future King, by T. H. White
“T.H. White’s masterful retelling of the Arthurian legend is an abiding classic. The Once and Future King contains all five books about the early life of King Arthur (The Sword in the Stone, The Witch in the Wood, The Ill-Made Knight, The Candle in the Wind and The Book of Merlyn). White brings to life the major British epic with brilliance, grandeur, warmth and charm.” (Adapted from the Overdrive description) 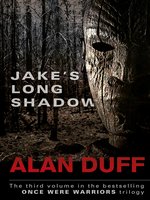 Jake’s Long Shadow, by Alan Duff
“The third volume in the hard-hitting, best-selling Once Were Warriors trilogy. The millennium has changed but have the Hekes? Where are they now? Son Abe who has rejected violence but violence finds him; Polly, as beautiful as her sister Grace, who committed suicide; the gang leader, Apeman, who killed Tania, what’s prison like, does it change a man? And then there’s Jake Heke, casting his long shadow over everyone.” (Adapted from the Overdrive description)