Long winter months do not mean we have to curl up in the armchair with no exercise. This selection of books offer a wide range of activities indoors to stimulate the mind as well as the body. 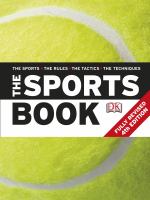 The Sports Book : the sports, the rules, the tactics, the techniques / editorial consultant, Ray Stubbs.
“The ultimate armchair companion to over 200 sports. The 4th edition presents fully up-to-date information covering all sorts of sports, from equestrian sports, athletics and gymnastics to winter sports and extreme sports. Check out the rules, history, players and events for the world’s greatest sports such as football, cricket, basketball and golf.” (Syndetics summary)

Mathletics : a scientist explains 100 amazing things about the world of sports / John D. Barrow.
“Drawing on vivid, real-life examples, mathematician John D. Barrow entertainingly explores the eye-opening, often counterintuitive, insights into the world of sports that math and physics can give us. For example, we learn that left-handed boxers have a statistical advantage over their right-handed opponents. Through clear, detailed, and fascinating mathematical explanations, Barrow reveals the best techniques and strategies for an incredible range of sports, from soccer and running to cycling, archery, gymnastics, and rowing.” (Book Jacket) 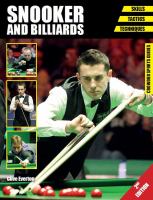 Snooker and Billiards : skills, tactics, techniques / Clive Everton.
“In this second edition of Snooker & Billiards – Skills, Tactics Techniques, the history of the game is covered along with the rules of the game; choosing the right equipment and top tips from many of the game’s great players. All the skills and techniques are explained clearly with full-colour sequence photography and detailed table diagrams help explain more advanced tactics such as breakbuilding and safety play.” (Book Jacket) 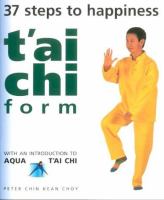 Tai Chi : 37 steps to happiness : with an introduction to aqua tai chi / Peter Chin Kean Choy.
“As the physical body flows more easily, Choy demonstrates, it is able to tune in to its own internal chi, and to the positive chi energy in the world around. In addition to the 37 movements of the traditional T’ai Chi form, the book contains a section of exercises to be done with a partner and some specially devised movements to be performed in water. The step-by-step color photography and accessible writing style make this a must for beginners, while the greater insights and unique new sequences will also appeal to the more experienced student or teacher.” (Book Jacket) 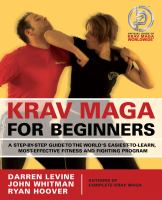 Training Fencing / Barth/Barth [i.e. Berndt Barth & Katrin Barth].
“Building on the book Learning Fencing, this book explains how to train for technique and tactics in fencing and shows why fencers must improve their endurance, strength, and speed. Young fencers learn to go beyond practice bouts and enrich their training with exercises that may seem at first to have nothing at all to do with fencing. With the help of this book, young fencers learn to manage their own development and to take responsibility for their own behavior.” (Syndetics summary)

Aikido :The Basics : techniques, principles, concept / Bodo Roedel in collaboration with Nadja Gaertel and Susen Werner.
“Aikido is a highly developed martial art form based on standardized principles which the book explains by numerous examples of movements. The basics of the foot and hand movements are also covered. The details of the basic techniques of Aikido are not merely described; the reader also learns their implementation. A closer look is further taken on the roles of the defender and the attacker.” (Book Jacket)

Rock & Wall Climbing / Garth Hattingh.
“A colorful, clear, comprehensive reference for climbers of all skill levels. Here in one volume is a basic guide to the equipment and techniques for rock and wall climbing, training the mind and body, and the vitally important skills of safety and first aid. A chapter on where and when to climb highlights some of the best sites around the world, with detailed maps and locations of climbing gyms.” (Syndetics summary) 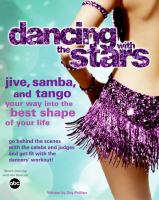 Dancing with the Stars / written by Guy Phillips and Tasha Brown ; exercise routines by Cal Pozo.
“Part fitness guide and part scrapbook, this official guide to the hit television show features an easy-to-follow exercise plan that will help readers samba, salsa, and rumba their way to the best shape of their lives.” (Syndetics summary)

Fantasy Freaks and Gaming Geeks : an epic quest for reality among role players, online gamers, and other dwellers of imaginary realms / Ethan Gilsdorf.
“In an enthralling blend of travelogue, pop-culture analysis, and memoir, former role-player Gilsdorf asks gaming and fantasy geeks how they balance their escapist urges with the kingdom of adulthood.” (Syndetics summary)