We’ve had lots of great classic novels and plays added to Overdrive this month, so what better time to finally enjoy these stories you’ve always intended to read. There’s even complete radio plays performed with a full cast to really tell the story in all its glory. 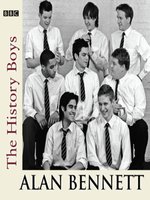 The History Boys, by Alan Bennett (Audiobook)
“Alan Bennett’s award-winning play as heard on BBC Radio 3 features the National Theatre cast. After a sell-out national tour and an extended stage run, Alan Bennett’s phenomenally successful play transfers to BBC Radio 3. At a boys’ grammar school in Sheffield, eight boys are being coached for the Oxbridge entrance exams. It is the mid-eighties, and the main concern of the unruly bunch of bright sixth-formers is getting out, starting university – and starting life.” (Adapted from Overdrive description) 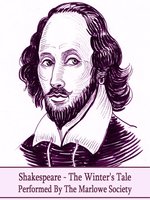 The Winter’s Tale, by William Shakespeare (Audiobook)
“Shakespeare’s romantic comedy, The Winter’s Tale is no lightweight affair; it explores the darker themes of rage, jealousy, treason, and death. Yet though initially an intense psychological drama, as the play unfolds it takes on a lighter and more comedic tone. In short, there is something for everyone. What was once a day’s entertainment for the groundlings and the gentry is now the perfect diversion for that long commute.” (Adapted from Overdrive description) 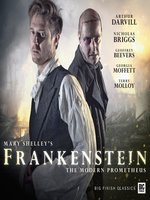 Frankenstein, by Mary Shelley (Audiobook)
“This is the story of Victor Frankenstein: a man obsessed with discovering the secret of life and cheating death; a man who brings to life to a body built from corpses; and a man who rejects this would-be child…But who is truly the monster?” (Overdrive description) 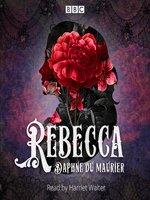 Rebecca, by Daphne du Maurier (Audiobook)
“When Maxim de Winter brings his shy new bride to his beautiful stately home on the Cornwall coast, it seems like all her dreams have come true. But she soon finds that Manderley is haunted by the shadow of Maxim’s first wife, Rebecca, who died the year before. As the hot summer fades, the mystery of Rebecca’s death grows, weaving a spell of fear and foreboding. In a series of climactic revelations, Rebecca’s memory is finally laid to rest, but at what cost? Harriet Walter reads Daphne du Maurier’s Gothic masterpiece.” (Overdrive description) 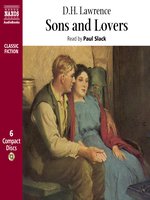 Sons and Lovers, by D. H. Lawrence (Audiobook)
“The initial romance between a woman of ‘good family’ and a miner does not last long into marriage as they face tough economic realities. The differences in background affect the next generation – the two sons William and Paul. Widely regarded as Lawrence’s masterpiece.” (Overdrive description) 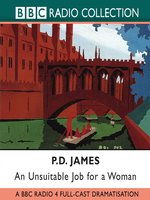 An Unsuitable Job for a Woman, by P. D. James (Audiobook) “A gripping BBC Radio 4 full-cast dramatisation featuring young detective Cordelia Gray. Mark Calendar, 21 years old and in his final year at Cambridge, leaves university without warning and takes a job as a gardener. Eighteen days later he is found hanging in the cottage where he lived. The verdict at the inquest is suicide. Cordelia Gray, now sole proprietor of the Pryde Detective Agency, is hired by Mark’s father to piece together the facts surrounding his death.” (Adapted from Overdrive description) 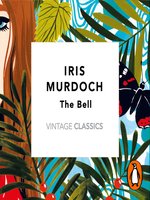 The Bell, by Iris Murdoch (Audiobook)
“A lay community of thoroughly mixed-up people is encamped outside Imber Abbey, home of an enclosed order of nuns. A new bell, legendary symbol of religion and magic, is rediscovered. Dora Greenfield, erring wife, returns to her husband. Michael Mead, leader of the community, is confronted by Nick Fawley, with whom he had disastrous relations, while the wise old Abbess watches and prays and exercises discreet authority. And everyone hopes to be saved, whatever that may mean…” (Adapted from Overdrive description) 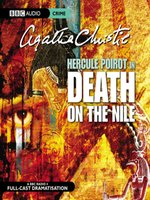 Death on the Nile, by Agatha Christie (Audiobook)
“John Moffatt stars as the famous Belgian detective in this BBC Radio 4 full-cast dramatisation of one of Christie’s most popular novels. Linnet Ridgeway has led a charmed life. Blessed with beauty, enormous wealth and a devoted husband, she has everything anyone could wish for. But as the happy couple set out on an idyllic honeymoon cruise on the Nile, storm clouds are gathering…” (Adapted from Overdrive description) 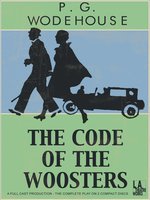 The Code of Woosters, by P. G. Wodehouse (Audiobook)
“In the best known of the Bertie and Jeeves series, Bertie’s aunt pressures him to steal a silver creamer, and he nearly gets lynched, arrested and engaged by mistake. As always, Jeeves is on hand with a last-minute brainstorm to set everything straight.” (Overdrive description)

View all posts by Emma