The Big Library Read is on right now, so join in this global book club with A Murder in Time. If that’s not your cup of tea there are plenty of other great reads new to Overdrive this month. There’s the brand new novel by Pulitzer Prize winner Annie Proulx, as well as the highly praised debut novel from Garth Greenwell and several excellent pieces of New Zealand fiction. Never tried eBooks before? Check out how to get started here. 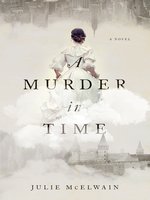 A Murder in Time, by Julie McElwain (eBook)
“When brilliant FBI agent Kendra Donovan stumbles back in time and finds herself in a 19th century English castle under threat from a vicious serial killer, she scrambles to solve the case before it takes her life—200 years before she was even born. Stripped of her twenty-first century tools, Kendra must use her wits alone in order to unmask a cunning madman.” (Adapted from Overdrive description) 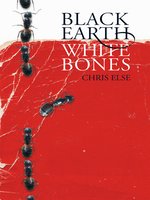 Black Earth White Bones, by Chris Else (eBook)
“From one of New Zealand’s most thoughtful writers, not just a finely crafted novel but a whole country, complete with dark undertones. In this, his fifth novel, Chris Else has created an utterly convincing Polynesian setting with its own brilliantly realised language, culture, flora and fauna. His humour and wisdom are at once merciless and forgiving as he uses language to explore man’s – and woman’s – deep-seated need to be both an individual and to belong.” (Adapted from Overdrive description) 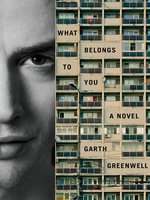 What Belongs to You, by Garth Greenwell (eBook)
“On an unseasonably warm autumn day, an American teacher enters a public bathroom beneath Sofia’s National Palace of Culture. There he meets Mitko, a charismatic young hustler, and pays him for sex. He returns to Mitko again and again over the next few months, and finds himself ensnared in a relationship in which lust leads to mutual predation, and tenderness can transform into violence. What Belongs to You is a stunning debut novel of desire and its consequences.” (Adapted from Overdrive description) 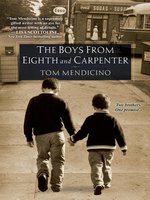 The Boys from Eighth and Carpenter, by Tom Mendicino (eBook)
“S. Gagliano & Son has been a barber shop fixture in South Philly for decades. Frankie and Michael presides over the store, enlisting his children as soon as they’re big enough to wield a broom. On their mother’s deathbed, eight-year-old Frankie swears that he and his little brother will always take care of each other. After their father’s death, Frankie takes over the shop and Michael becomes a successful prosecutor. Then comes an unthinkable, impulsive act that will force Michael to choose between risking his comfortable life and keeping a sacred oath.” (Adapted from Overdrive description) 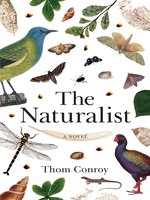 The Naturalist, by Thom Conroy (eBook)
“Based on the real life of Dr Ernst Dieffenbach who arrived in New Zealand in 1839 as a naturalist. What he discovered was fascinating, but what his records didn’t reveal was his own intriguing story. As a young idealist, he plotted a revolution in the name of equality. Imprisoned and then exiled, he fled to London. He hoped to redeem his reputation by joining the expedition to New Zealand. But as he was to discover, the complexities of freedom, exile and equality could not be left behind.” (Adapted from Overdrive description) 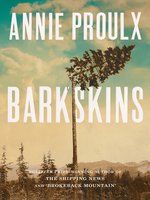 Barkskins, by Annie Proulx (eBook)
“An epic, dazzling, violent, dramatic novel about the taking down of the world’s forests. In the late seventeenth century two penniless young Frenchmen, René Sel and Charles Duquet, arrive in New France. Bound to a feudal lord for three years in exchange for land, they become wood-cutters – barkskins. Proulx tells the stories of the descendants of Sel and Duquet over 300 years – their travels across North America, to Europe, China, and New Zealand, under stunningly brutal conditions.” (Adapted from Overdrive description) 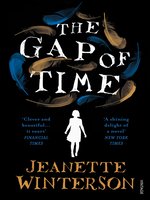 The Gap of Time, by Jeanette Winterson (eBook)
“A baby girl is abandoned, banished from London to the storm-ravaged American city of New Bohemia. Her father has been driven mad by jealousy, her mother to exile by grief. Seventeen years later, Perdita doesn’t know a lot about who she is or where she’s come from – but she’s about to find out. Winterson’s cover version of The Winter’s Tale vibrates with echoes of Shakespeare’s original and tells a story of hearts broken and hearts healed, a story of revenge and forgiveness.” (Adapted from Overdrive description) 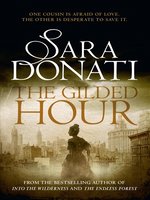 The Gilded Hour, by Sara Donati (eBook)
“A magnificent epic about two pioneering women doctors in 19th-century New York. The year is 1883, and in New York City it’s a time of dizzying splendor, crushing poverty, and tremendous change. With the gravity-defying Brooklyn Bridge nearly complete and the city in the grip of anti-vice crusader Anthony Comstock, Dr Anna Savard and her cousin, Sophie – both graduates of the Women’s Medical School – treat the city’s most vulnerable. Even when doing so puts all they’ve worked for in jeopardy…” (Adapted from Overdrive description) 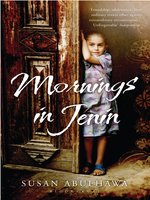 Mornings in Jenin, by Susan Abulhawa (eBook)
“Palestine, 1948. The Abulheja family are forcibly removed from their ancestral home in Ein Hod and sent to live in a refugee camp in Jenin. Through Amal, the bright granddaughter of the patriarch, we witness the stories of her brothers: one, a stolen boy who becomes an Israeli soldier; the other who in sacrificing everything for the Palestinian cause will become his enemy. Mornings in Jenin forces us to take a fresh look at one of the defining political conflicts of our lifetime.” (Adapted from Overdrive description)