We have some excellent novels this month from New Zealand authors you might not have heard of, and all are available as eBooks through Overdrive. New Zealand authors cover a range of genres so no matter what you enjoy, you’re bound to find something great. This month we have romance, thrillers and plenty of drama. 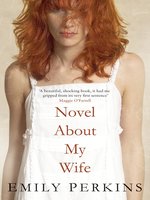 Novel About My Wife, by Emily Perkins (eBook)
“Tom Stone is madly in love with his wife Ann. Pushing forty and expecting their first child, they buy a derelict house in Hackney. Despite their spiralling money troubles, they believe this is their settled future. But Ann becomes convinced she’s being shadowed by a homeless man. As their child grows, Ann’s behaviour becomes increasingly erratic, feverish and disturbed. On the verge of losing everything, Tom makes a decision that he hopes will save their lives.” (Adapted from Overdrive description) 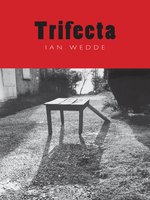 Trifecta, by Ian Wedde (eBook)
“Trifecta looks at the odds in the lives of the three children of Martin and Agnes Klepka. Martin was one of the refugees of Nazism who famously brought Modernist architecture and ‘real coffee’ to New Zealand. Many years after his early death from a heart attack, Klepka’s children are struggling in their different ways with the difficult legacy of their charismatic, overbearing father.” (Adapted from Overdrive description) 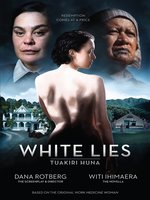 White Lies, by Witi Ihimaera (eBook)
“A medicine woman – a giver of life – is asked to hide a secret that may protect a position in society, but could have fatal consequences. When she is approached by the servant of a wealthy woman, three very different women become players in a head-on clash of beliefs, deception and ultimate salvation. This compelling story tackles moral dilemmas, exploring the nature of identity, societal attitudes to the roles of women and the tension between Western and traditional Maori medicine.” (Adapted from Overdrive description) 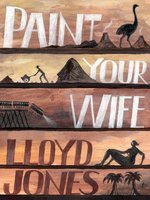 Paint Your Wife, by Lloyd Jones (eBook)
“Long ago, when the men were away at the war, Alma began painting the women of the town. They sat for him in lieu of payment for his work. Alice returned his attentions, and when her husband, George, came home from the war, he set out to prove his love and reclaim his wife by moving a hill—wheelbarrow by wheelbarrow—for her. Now, Alma’s ‘in lieu of’ payment is revived, and the townspeople, looking to escape various corners of despair, turn to drawing classes.”(Adapted from Overdrive description) 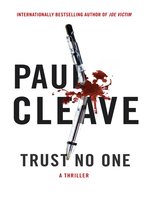 Trust No One, by Paul Cleave (eBook)
“Jerry is known to most of the world by his crime writing pseudonym, Henry Cutter. Diagnosed with Alzheimer’s at 49, Jerry’s crime writing days are over. His books tell stories of brutal murders committed by bad men, of a world out of balance, of victims finding the darkest forms of justice. As his dementia begins to break down the wall between his life and the characters, Jerry confesses: The stories are real. He committed the crimes. Those close to him, including the nurses at the care home where he now lives, insist that it is all in his head, that his memory is being toyed with and manipulated by his unfortunate disease. But if that were true, then why are people dying?” (Adapted from Google Books) 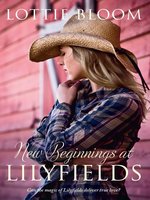 New Beginnings at Lilyfields, by Lottie Bloom (eBook)
“Lilyfields cottage has been lying empty, until Orla Nolan moves in. She’s there to recuperate after an accident has dashed her dreams of acting. Orla is feeling lonely and dejected, but before long she is confronted by two handsome suitors. She’s spoilt for choice. But they are father and son, and while one is a touch too old and too settled for her liking, might the other be too young and too wild? As Orla struggles to find a new role for herself at Lilyfields, will its magic deliver true love?” (Adapted from Overdrive description) 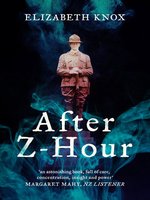 After Z-Hour, by Elizabeth Knox (eBook)
“Stranded by a South Island storm, six people usurp the stillness of an old house. As they tell the fragments of their story, a seventh voice responds: a young New Zealand serviceman who died in 1920, soon after his return from France. As the storm deepens, the hauntings of the mind and the hauntings of the house become one. First published on Armistice Day 1987, After Z-Hour won the PEN Award for Best First Book of Prose.” (Overdrive description) 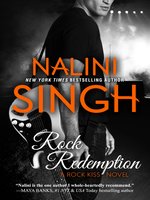 Rock Redemption, by Nalini Singh (eBook)
“Kit Devigny could have loved rock guitarist Noah St. John. Their friendship burned with the promise of intense passion and searing tenderness…until the night Noah deliberately shattered her heart. Noah knows he destroyed something precious. All he has left is his music. When a media error sees Noah and Kit dubbed the new “it” couple, Kit discovers her chance at the role of a lifetime hinges on riding the media wave.” (Adapted from Overdrive description)

The Party Line, by Sue Orr (eBook)
“The Baxters do not know their place. On the first of June sharemilkers load their trucks and crawl along the highways towards new farms, new lives. They’re inching towards that ultimate dream – buying their own land. Fenward’s always been lucky with its sharemilkers: grateful, grafting folk who understand what’s expected of them. Until now. This is a coming-of-age story for two young girls who hold a mirror up to the place and people they love. It’s a coming-of-age story, too, for a community forced to stare back at the image of a damaged soul.” (Adapted from Overdrive description)