Curiosity is celebrated by a few of this month’s picks. As Quiet Los Angeles reveals, curiosity may not be satisfied by the spectacular, but in small meditative acts and perceptions. Curiosity may also lead to darker realities that are often erased from tourist culture, explored with intensity in titles as divergent as The Fires of Spring, Zoroaster’s Children and The Interior Circuit.

Walking through spring : an English journey / Graham Hoyland.
“Walking Through Spring follows Graham Hoylands journey as he creates a new national trail, walking with the Spring from the south coast in March up to the border with Scotland, which he reaches on the longest day: the twenty-first of June. He connects a labyrinth of ancient footpaths, marking each mile by planting an acorn and drawing a path of oak trees that stretch through the English countryside. Hoyland draws inspiration from the vast literary landscape as he watches the season unfold across the country. What does Spring mean? Is it really getting earlier every year?” (adapted from Syndetics summary)

The travels / Marco Polo ; translated and with an introduction and notes by Nigel Cliff.
“Marco Polo’s voyages began in 1271 with a visit to China. Afterward, he served Kublai Khan on numerous diplomatic missions in the Far East. His subsequent account of his travels offers a fascinating glimpse of what he encountered abroad: unfamiliar religions; new customs and societies; the spices and silks of the East; the precious gems, exotic vegetation, and wild beasts of faraway lands. […] Marco Polo’s book revolutionized Western ideas about the then-unknown East and remains one of the greatest travel accounts of all time.” (adapted from Syndetics summary) 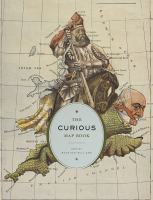 The curious map book / Ashley Baynton-Williams.
“Ashley Baynton-Williams has unearthed a wide array of the whimsical and fantastic, from maps of board games to political ones, maps of the Holy Land to maps of the human soul. In his illuminating introduction, the author also identifies and expounds upon key themes of map production, peculiar styles, and the commerce and collection of unique maps. This incredible volume offers a wealth of gorgeous illustrations for anyone who is cartographically curious.” (adapted from Syndetics summary)

Perth : a guide for the curious / edited by Terri-Ann White.
“Where do you find a city’s soul? Terri-Ann White draws together an eclectic group of Perth people in this collection to share their insights on a rapidly evolving city. From an architect’s perspective on heritage to a historian’s ruminations on Perth’s swampy origins; from a walk down streets that don’t exist to Noongar place names; from the union movement to public art to criminal Perth to conversational Perth, this book encourages new encounters with the city.” (adapted from Syndetics summary)

The fires of spring : a post-Arab Spring journey through the turbulent new Middle East / Shelly Culbertson.
“The ‘Arab Spring’ all started when a young Tunisian fruit-seller set himself on fire in protest of a government official confiscating his apples without cause and slapping his face. The aftermath of that one personal protest grew to become the Middle East movement known as the Arab Spring — a wave of disparate events that included revolutions, protests, government overthrows, hopeful reform movements, and bloody civil wars. This book will be the first to bring the post Arab Spring world to light in a holistic context (adapted from Syndetics summary) 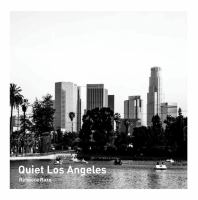 Quiet Los Angeles / Rebecca Razo ; photographs by Mark Mendez.
“Following from Quiet London, Paris and New York, comes Los Angeles, the next in the series discovering quiet places in the midst of some of the busiest cities in the world. These guides offer both visitors and locals a chance to enjoy the quiet side of these lively cities, to find places off the beaten track, explore enticing small museums or enjoy peaceful gardens. They offer the promise of somewhere to relax and recuperate, to have coffee and cake or a restful spot to unwind, away from the hustle and bustle.” (adapted from Syndetics summary)

The interior circuit : a Mexico City chronicle / Francisco Goldman.
“In the summer of 2013, when Mexican organized crime violence and death erupts in the city in an unprecedented way, Goldman sets out to try to understand the menacing challenges the city now faces. By turns exuberant, poetic, reportorial, philosophic, and urgent, The Interior Circuit fuses a personal journey to an account of one of the world’s most remarkable and often misunderstood cities.” (adapted from Syndetics summary)

Zoroaster’s children and other travels / Marius Kociejowski.
“Attracted to society’s outcasts–as it is these, he argues, which point towards an underground of conformity that will not contain them–Kociejowski offers ain these essays glimpses of locales as diverse and seemingly divergent as Prague, Tunisia, Moscow, Aleppo and Toronto, among others.” (adapted from Syndetics summary)

The Santiago pilgrimage : walking the immortal way / Jean-Christophe Rufin ; translated from the French by Martina Dervis and Malcolm Imrie.
“Whenever I was asked: ‘Why did you go to Santiago?’, I had a hard time answering. How could I explain to those who had not done it that the way has the effect – if not the virtue – to make you forget all reasons that led you to become involved in it in the first place.” (adapted from Syndetics summary)

Mother tongue : my family’s globe-trotting quest to dream in Mandarin, laugh in Arabic, and sing in Spanish / Christine Gilbert.
“Gilbert was a young mother when she boldly uprooted her family to move around the world, studying Mandarin in China, Arabic in Lebanon, and Spanish in Mexico, with her toddler son and all-American husband along for the ride. Their story takes us from Beijing to Beirut, from Cyprus to Chiang Mai, and explores recent breakthroughs in bilingual brain mapping and the controversial debates happening in linguistics right now.” (adapted from Syndetics summary)